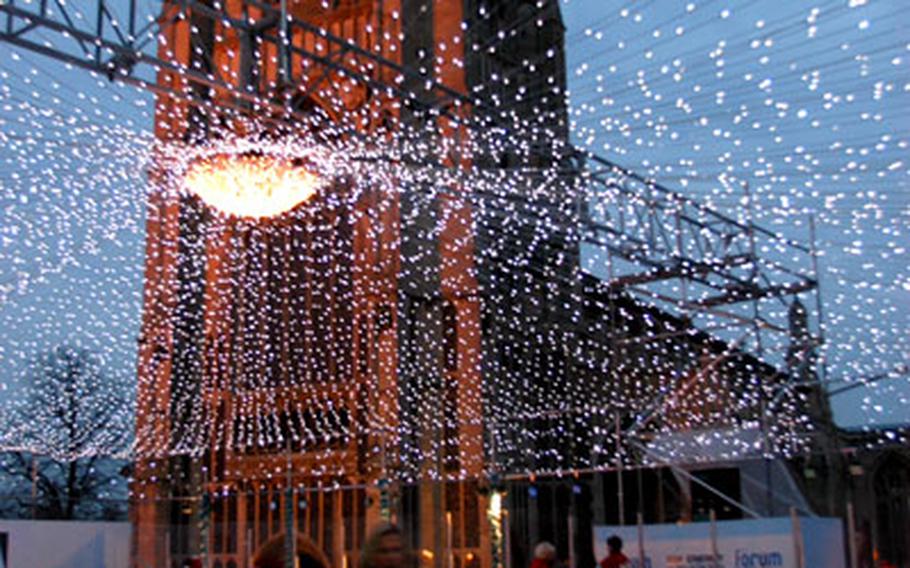 A cathedral’s tower looms over the ice skating rink at the Forum in Norwich’s city center. The rink is open until Jan. 7. (Bryan Mitchell / S&S)

A cathedral’s tower looms over the ice skating rink at the Forum in Norwich’s city center. The rink is open until Jan. 7. (Bryan Mitchell / S&S) 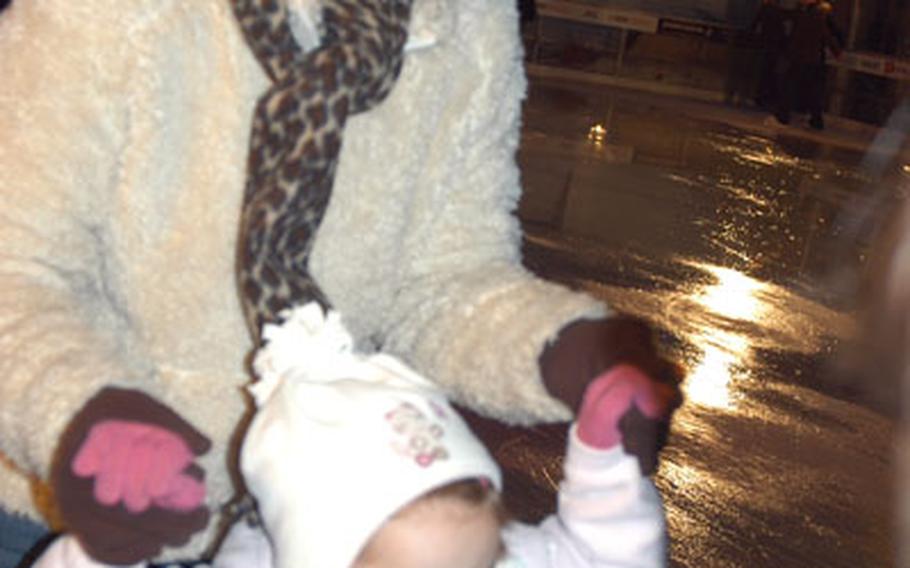 A new skater gets some help in balance during a recent skating session at the Norwich Forum&#39;s ice skating rink. (Bryan Mitchell / S&S)

NORWICH &mdash; The morning frost and frozen spider webs may have just recently appeared across eastern England, but hundreds of folks across the region already have taken to the frozen pond or skating rink.

A winter tradition has returned to East Anglia at the Norwich EDF Energy Ice Rink, which welcomes advanced skaters and novices alike seven days a week throughout the holiday season.

In truth, the rink hosts far more beginning skaters than those competing for spots on &ldquo;Disney on Ice.&rdquo; Constant caution is demanded to avoid the hordes clinging to the rink&rsquo;s walls or, worse yet, falling without warning on the slick ice.

The rink is dressed up in 30,000 twinkling lights and boasts a classic Christmas soundtrack that conjures images of jolly old Saint Nick, Rudolph and his reindeer friends and even that curmudgeon the Grinch.

The rink is smaller than the typical American ice skating rink, but what it lacks in size, it compensates for in aesthetics and location.

In the heart of Norfolk&rsquo;s largest city center, the ice rink is ideally situated for a family day out. In addition to skating, families can enjoy a post- Christmas shopping bonanza or just a stroll through the region&rsquo;s most active metropolitan district.

The rink lies in the shadow of one of Norfolk&rsquo;s most prized architectural gems, the Norwich Cathedral, which is adjacent to a modern shopping center akin to an American-style mall.

The Forum, a modern glass structure, is home to the British Broadcasting Corporation&rsquo;s East Anglia headquarters as well as the Norwich Public Library.

All told, the rink may be the main draw, but it&rsquo;s easy to spend an afternoon wandering around the historic quarter and window shopping at the same main street retailers found in London and Cambridge.

The rink opened just after Thanksgiving and will remain open through Jan. 7. It costs 7 pounds ($14) for an adult and 4 pounds ($8) for children to rent ice skates and skate for an hour.

Getting there ...From RAF Mildenhall, take the A11 at the five-points roundabout and follow to Norwich. Follow signs to city center and from there more signage to The Forum. Parking is available in two nearby garages or streetside a few blocks away.

For more information, go to: http://www.theforumnorwich.co.uk