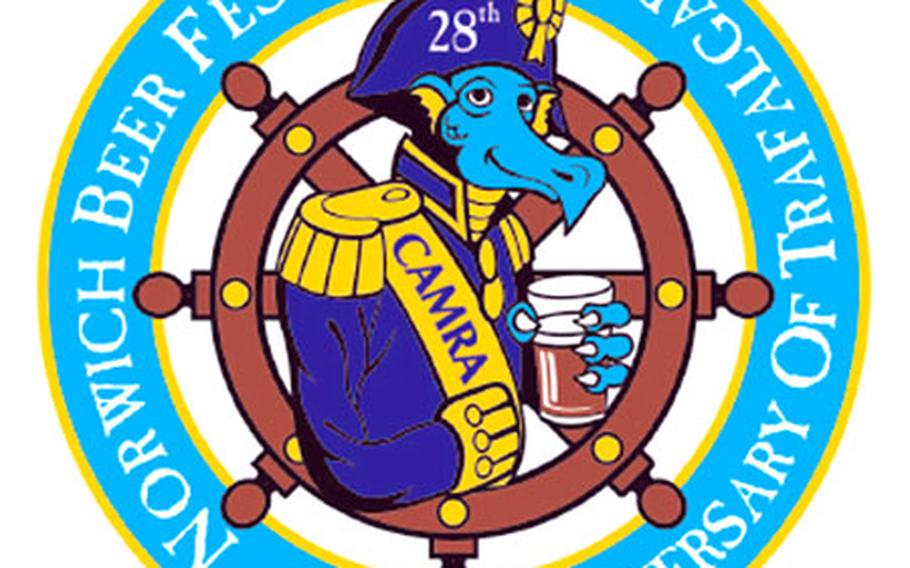 Those who have come to appreciate a good local beer had better get hopping to the Norwich Beer Festival.

The annual festival, run by the Norwich and Norfolk Branch of the Campaign for Real Ale society, will be held at the St. Andrew&rsquo;s and Blackfriars&rsquo; Halls on St. Andrew&rsquo;s Street in downtown Norwich. Norwich is about 25 miles northeast of RAFs Lakenheath and Mildenhall.

The festival is in its 28th year and features more than 200 &ldquo;real ales&rdquo; from various British independent breweries. Real ales are beers that are conditioned in wood casks.

&ldquo;This is a traditional English product made from all-natural ingredients,&rdquo; festival organizer Martin Ward said. &ldquo;There&rsquo;s a wide range of beers, from the straw-colored lagers to the standard bitters, stouts and porters.&rdquo;

The festival also will have bottled beers from around the world, food and soft drinks, and more than 25 varieties of cider and perry. Cider, or hard cider as it&rsquo;s also known, is made from apples while perry is a similar drink made from pears.

The festival also will have bands performing each afternoon and evening.

This year&rsquo;s celebration also recognizes the 200th anniversary of the Battle of Trafalgar. Norfolk County native Admiral Lord Horatio Nelson led the fleet that defeated Spanish and French warships on Oct. 21, 1805, just outside of Cadiz, Spain, not far from U.S. Naval Station Rota.

Tying a great sea battle to beer may seem unusual for those used to dealing with the dry U.S. Navy, but pints are still tipped on Royal Navy ships.

The beer festival, he said, will be the one central location for someone to get their hands &mdash; or rather lips &mdash; on one.

If you go ...The Norwich Beer Festival runs through Saturday night and is limited to those 18 and older. No children allowed. Last admission is 30 minutes before the scheduled closing time.

Discounts: A 1-pound discount will be given for weeknight entries before 6 p.m.