Buy Photo
Black Rapids has its own T-bar ski lift and a nearby lodge where soldiers can warm up and drink coffee between runs. (Seth Robson/Stars and Stripes) 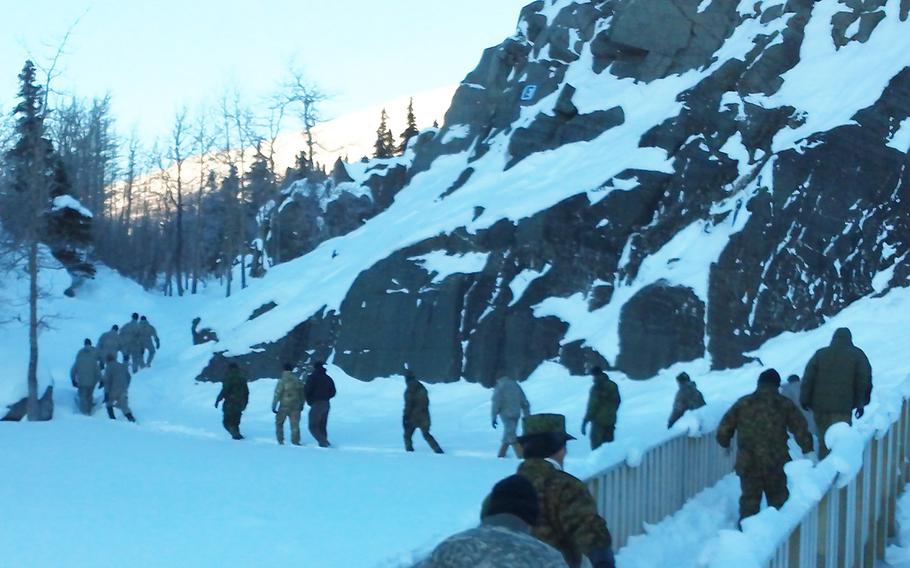 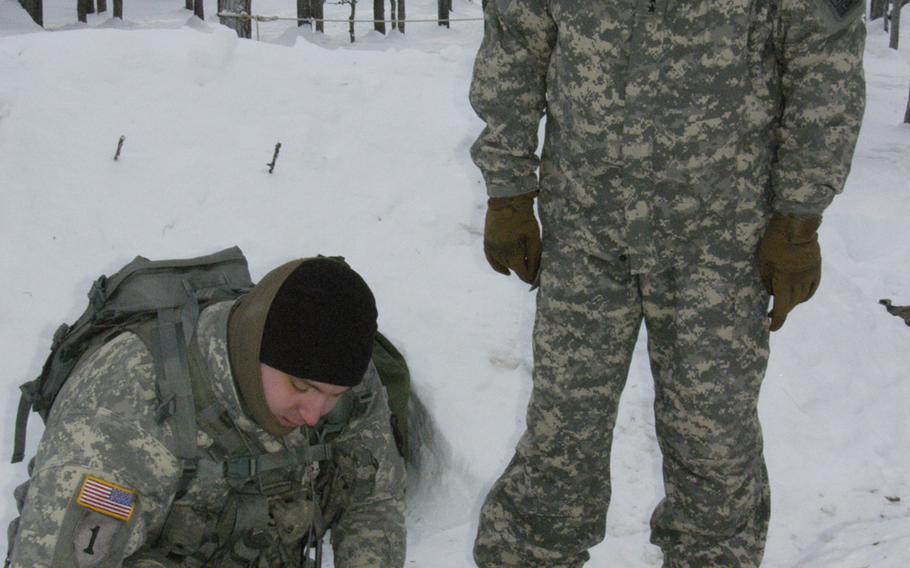 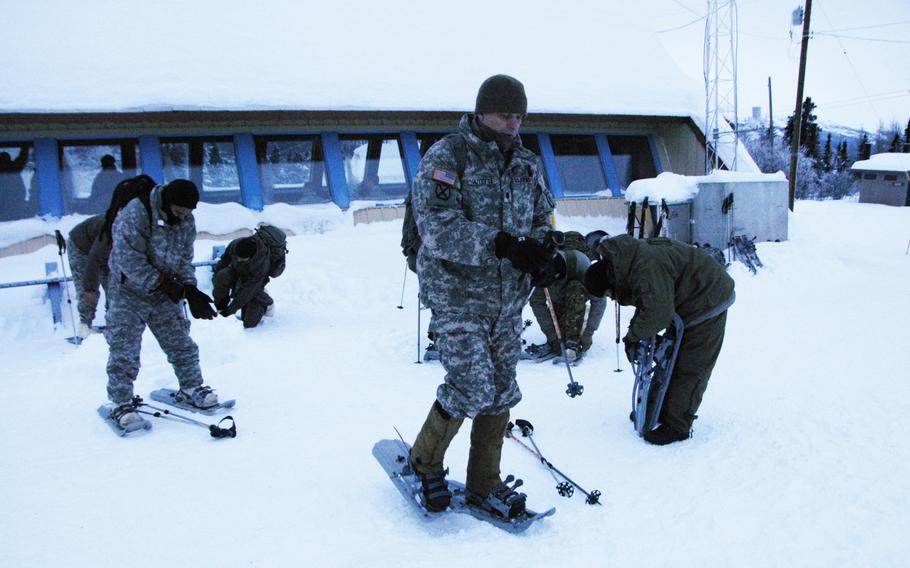 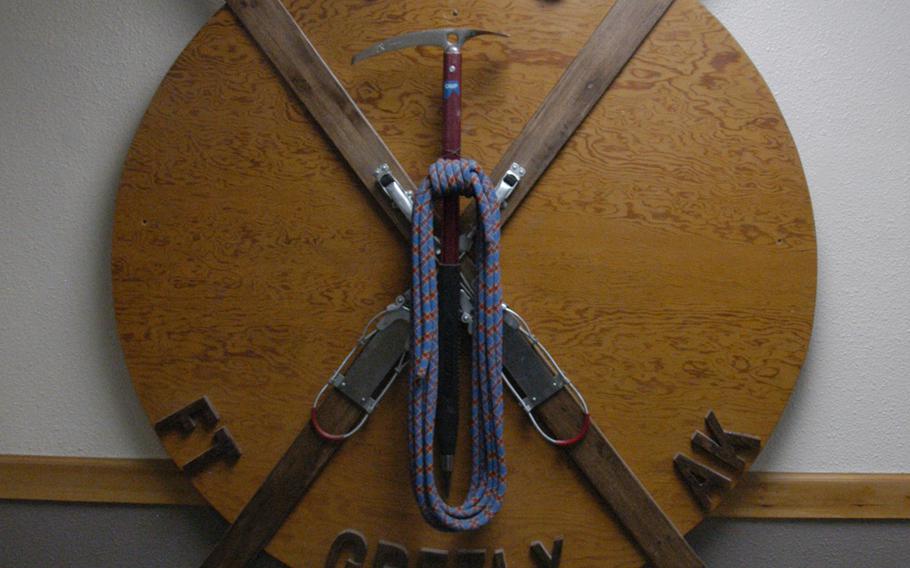 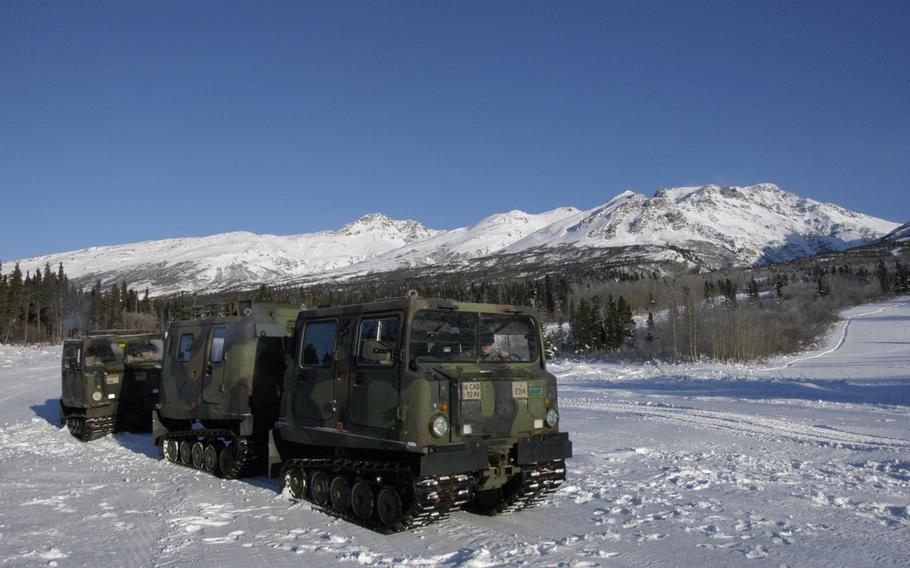 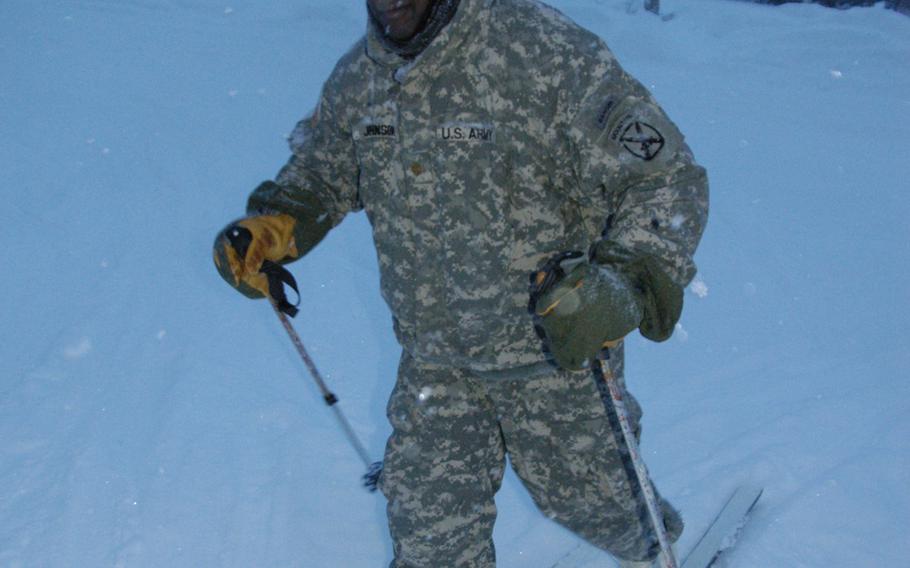 BLACK RAPIDS, Alaska — Trying to shoot straight in combat is tough even under the best conditions. Add in mountainous terrain, and the degree of difficulty jumps dramatically.

Mountain marksmanship ranges at the Army’s Northern Warfare Training Center are set up so that troops can practice engaging the enemy in a steep and complex landscape.

“It was designed for troops going to Afghanistan,” said the school’s commandant, Lt. Col. Mark Adams, 45, of West Farmington, Ohio. “When you are shooting on a horizontal range, things are pretty simple. Here you are shooting at steep angles up and down.”

First established 67 years ago, at the dawn of the long standoff with the Soviet Union, the training center remains just as relevant today, as the Army and Marines ramp up cold-weather training amid tensions in Eastern Europe, disputes over arctic resources and instability on the Korean Peninsula.

Essentially, the military is relearning skills that were at a premium during the Cold War.

Troops come to the Army’s Black Rapids Training Site, a mountainous area deep in the Alaskan interior, to learn how to fight and survive in some of the harshest weather on Earth. The school’s 15 instructors and 35 support personnel run a range of courses, mostly for soldiers stationed in Alaska, who earn the coveted “Arctic” uniform tab once they have completed the program.

“We have the extremes here, so it makes the training very realistic,” Adams said on a recent, typical February day, when temperatures in the short daylight hours hovered around minus 30 Fahrenheit before plunging another 20 degrees at night.

“They have to get the basics because back at their units, they train in these temperatures,” Adams said of the Alaska-based troops.

The NWTC was established in 1948. Originally based at Camp Hale, Colo., the school — now headquartered at Fort Wainwright — moved to Alaska in 1956.

The barracks at Black Rapids are full of old photographs and keepsakes depicting the school’s history.

Memorials at the school serve as a reminder that operating in such a harsh environment can be deadly.

In 1987, two soldiers died in training accidents near Black Rapids. West Point Cadet John Kilfeather had a fatal fall into a crevasse on the Gulkana Glacier, and Staff Sgt. Andy Silver was killed crossing Phelan Creek, As recently as December, instructors from the school rushed to help a local back-country skier. The man, from the nearby town of Delta Junction, had been caught in an avalanche that killed his skiing partner.

“This is a very unforgiving time of year,” Adams said as a group of his soldiers prepared to venture outdoors to practice cross-country skiing.

Some of the training is as simple as teaching people how to dress properly to survive in the arctic, he said.

The Army provides troops with insulated jackets and pants. If somebody goes outside in extreme weather wearing a facemask, it’s better not to take it off because the moisture inside will freeze to their face. Heavy winter mittens are worn over insulating gloves to protect fingers from frostbite, and soldiers are told to dress in layers and wear moisture-wicking materials close to the skin.

“We tell the soldiers to teach some of this stuff to their kids,” Adams said, noting that the Alaskan soldiers’ families also face pretty harsh conditions in Fairbanks during winter.

Despite the precautions, troops have suffered frostbite and trench foot during training at Black Rapids in recent years, he said.

Missile-defense silos at nearby Fort Greely are a reminder of threats to the homeland, even in this desolate outpost. The Alyeska pipeline — which carries oil 800 miles from Prudhoe Bay in the far north to the port of Valdez — passes under the ranges at Black Rapids; evidence of the strategic importance of arctic resources.

Increased interest in those riches from the likes of Russia, along with potential for contingencies in cold parts of Europe and on the Korean peninsula, mean demand for cold weather training is picking up. Last year, the school trained 1,300 personnel, Adams said.

The school has a fleet of snowmobiles and six SUSVs (small unit support vehicles) for moving people and supplies around in the snow, but the school’s focus is dismounted soldier skills.

“We focus on cold weather training in winter and mountaineering and assault climbing in summer,” Adams said.

The Black Rapids site — about 140 miles south of Fairbanks on the Richardson Highway — encompasses almost 5,000 acres of training area. Troops also have access to vast areas nearby that are part of the Joint Pacific Range Complex or administered by the Bureau of Land Management.

A series of rocky bluffs are used to teach basic military mountaineering. More advanced students can take an “assault climber” course that teaches them to lead climb and install protective anchors so troops can follow in safety.

Black Rapids also has its own T-bar ski lift and a nearby lodge where soldiers can warm up and drink coffee between runs. The ski slope — cut through a hillside pine forest and floodlit to allow training at all hours — wouldn’t be much of a test for even an intermediate-level downhill skier. For troops wearing the Army’s white vapor barrier (VB) boots attached to “white rocket” cross country skis, it’s a little more challenging.

The rubber boots and ancient NATO bindings that lack heel anchors don’t offer much support, meaning troops need a good sense of balance as they make their way downhill.

One of the instructors at the school, Sgt. 1st Class Kenneth Miller, 37, of Fairbanks, said the goal of the ski training isn’t to produce soldiers who can do tricks or race downhill at breakneck speed.

“In the U.S. Army, we are looking at covering long distances of flat terrain with the ability to go downhill,” he said.

Soldiers on cross-country skis could cover 15 miles in a day with relative ease, he said.

“I was a novice skier when I got here,” he said.

Soldiers share the training area with all kinds of wildlife including wolves, coyotes, eagles and caribou. Bears are a threat in summer but hibernate during the cold months. Troops are warned that the most dangerous animals they are likely to encounter in winter are moose.

The tall creatures take the path of least resistance as they move across the landscape, which means they are often seen loping across the ranges at Black Rapids. Moose are known to attack people, especially if they perceive a threat to calves. Troops are advised to avoid them and talk loudly if they are nearby to avoid a nasty surprise.