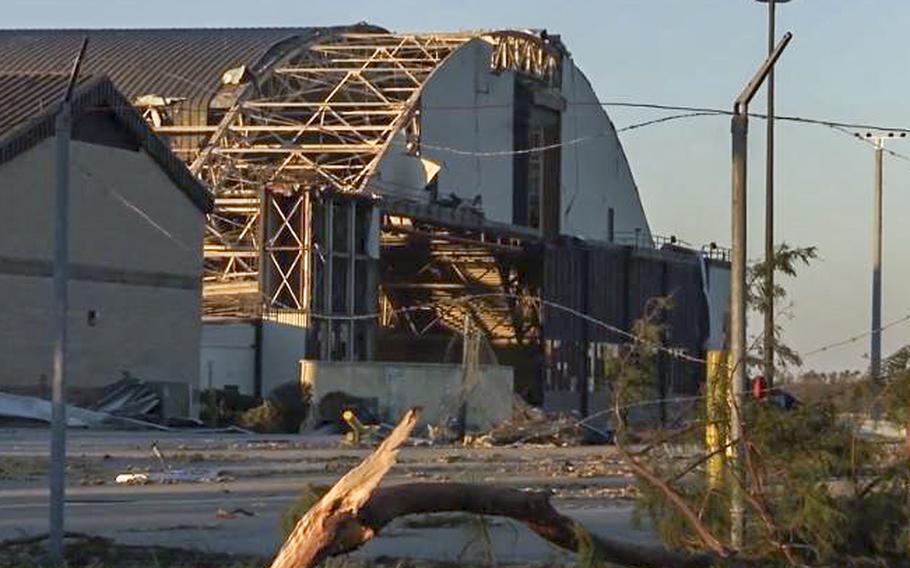 Air security and defense for the continental United States is being handled out of an “alternate location” after Hurricane Michael virtually destroyed Tyndall Air Force Base, Fla., last week.

The Air Force Northern Command Air Operations Center, which sustained only minor damage when the category-4 storm made landfall Wednesday, has been transformed into the “Tyndall Recovery and Command and Control Center,” First Air Force commander Lt. Gen. R. Scott Williams said in a statement issued Sunday. The compound is now hosting the 325th Fighter Wing and various recovery teams.

“As you know Team Tyndall has taken a devastating hit from Hurricane Michael, and all of our missions have been affected,” he said. “While our operations must go uninterrupted, our top priority is to take care of all personnel assigned to First Air Force and their families in these very challenging times.”

Williams said he does not expect First Air Force operations to return to Tyndall before the end of the year, and will instead consolidate its Air Forces Northern and North American Aerospace Defense Command missions at Langley Air Force Base, Va.

Air Force Gen. Joseph Lengyel, chief of the National Guard Bureau, told reporters Friday that 100 percent of Tyndall housing was uninhabitable and that the region would require assistance for several weeks.

“It is currently unsafe for [families] to enter Tyndall AFB premises but we are moving as fast as possible to allow access,” he said in Sunday’s statement. “We are working with the 325 FW to allow families to return and take care their personal belongings and their homes.”

Cleanup efforts began Friday, when an engineering unit arrived at Tyndall from Hurlburt Field, some 80 miles west of Panama City. The squadron was outfitted with heavy construction equipment.