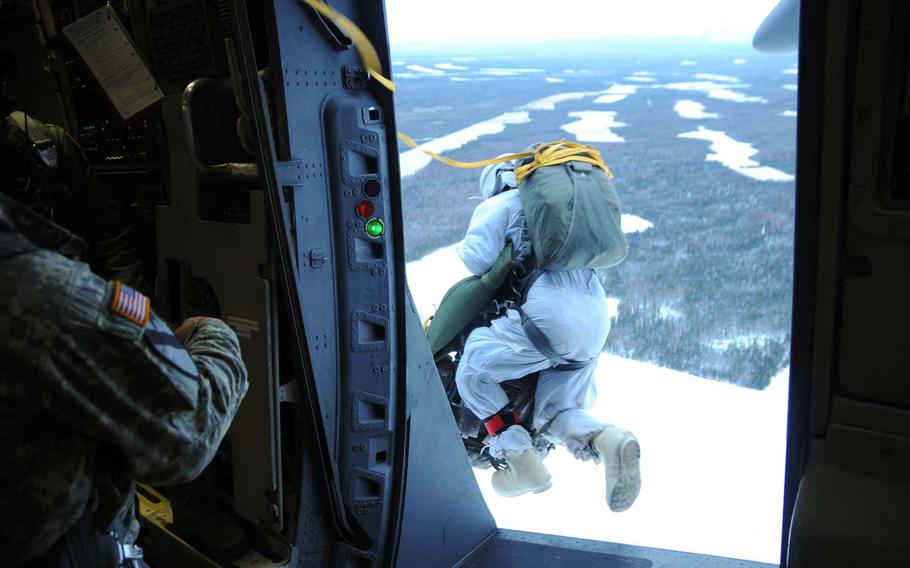 Secretary of Defense Chuck Hagel approved the move Monday, reassigning control of ALCOM from U.S. Pacific Command, which is headquartered in Hawaii.

NORTHCOM is the combatant command responsible for North America and the Arctic, and the shift is expected to better align ALCOM with its emphasis on cold-weather training and missions, the statement said.

The move is not expected to have an effect on ALCOM’s force size or budget.

The realignment is “a more cohesive approach” to defending North America, according to Gen. Charles Jacoby, who commands both NORTHCOM and the U.S.-Canada North American Aerospace Defense Command, or NORAD.

"This is an important step in integrating our defenses across North America,” Jacoby said in the statement. “It places our nation in a better position to plan and execute homeland defense and civil support missions in Alaska, and reflects the growing strategic value of the Arctic to our nation’s defense.”

ALCOM Commander Lt. Gen. Russ Handy said the transfer will improve partnerships with Canada and international allies in the Arctic.

The realignment was recommended by Jacoby and PACOM commander Adm. Samuel Locklear, the statement said.

U.S. Northern Command, created in 2002 in response to the 9/11 attacks, is headquartered in Colorado Springs, Colo., and is the single military command responsible for defending attacks on the U.S.

NORAD was established in 1957 as part of the Cold War with the Soviet Union and is used to defend North American airspace.

Department of Defense forces in Alaska include more than 22,000 Air Force, Army, Navy and Marine personnel, and 4,700 Guardsmen and Reservists.

A previous version of this story misstated the acronym for U.S. Northern Command. It has been corrected.