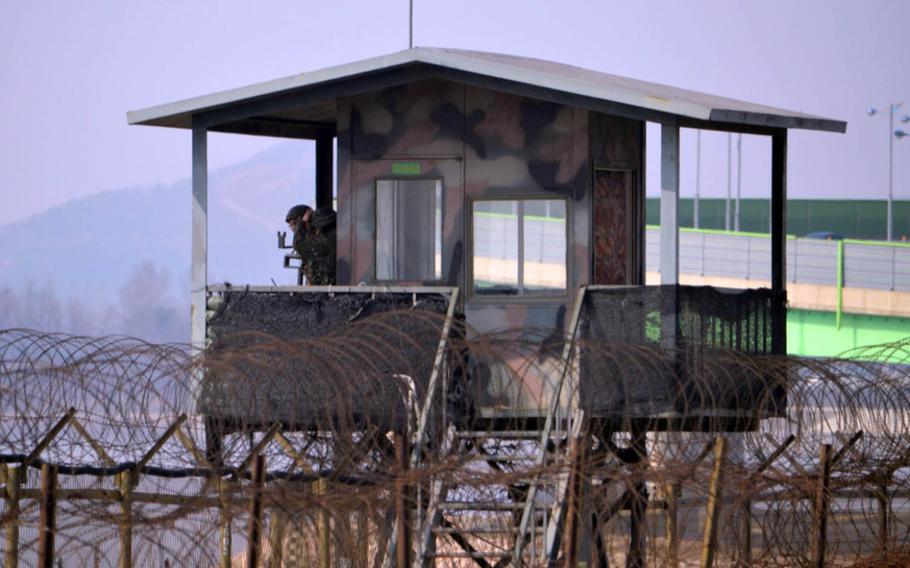 SEOUL, South Korea — A North Korean man defected to South Korea on Sunday after swimming south with plastic foam pieces on his shoulders to help keep him afloat, the military was quoted as saying.

It was the second such rare defection across the heavily fortified border that divides the peninsula in less than a week. South Korean officials have said the number of North Korean defectors has been on the rise, but most travel via China and other countries first.

South Korean marines found the man, in his early 20s, around 2:30 a.m. Sunday near an observation post on the northern part of the Han River just west of Seoul in Gimpo, the Yonhap news agency reported, citing the Joint Chiefs of Staff.

The military said he was discovered at a particularly narrow stretch in the river after swimming south buoyed by the plastic foam pieces, according to Yonhap. He reportedly screamed, “Don’t kill me. I am here to defect,” after he was spotted by a South Korean marine.

The Unification Ministry, which oversees ties between the two countries, has said the number of North Koreans who have fled to the South since the end of the Korean War surpassed 30,000 in November.

Officials believe people are increasingly trying to escape the isolated country as leader Kim Jong Un moves to consolidate his rule after taking over when his father, Kim Jong Il, died of a heart attack in 2011.

Tensions also have been on the rise over North Korea’s nuclear weapons program, and the U.N. Security Council has accordingly tightened economic sanctions against the communist state.

It’s extremely difficult to cross the border by land or sea because the two Koreas remain technically at war and are separated by the Demilitarized Zone, which is dotted with land mines. Barbed wire and guard posts also protect the shoreline of waters near the border.

Most defectors come to the South after first escaping to China and transiting through other countries. Once they arrive in South Korea, they are automatically granted citizenship after a three-month transition period for re-education and debriefing.

But some do manage to cross over. On Tuesday, a North Korean soldier crossed the Military Demarcation Line in the central sector of the DMZ and said he wanted to defect, military officials said. Two of four North Korean sailors recently rescued in the sea off the peninsula’s east coast also reportedly said they wished to defect.