North Korea tells US and its allies: ‘Don’t mess with us’ 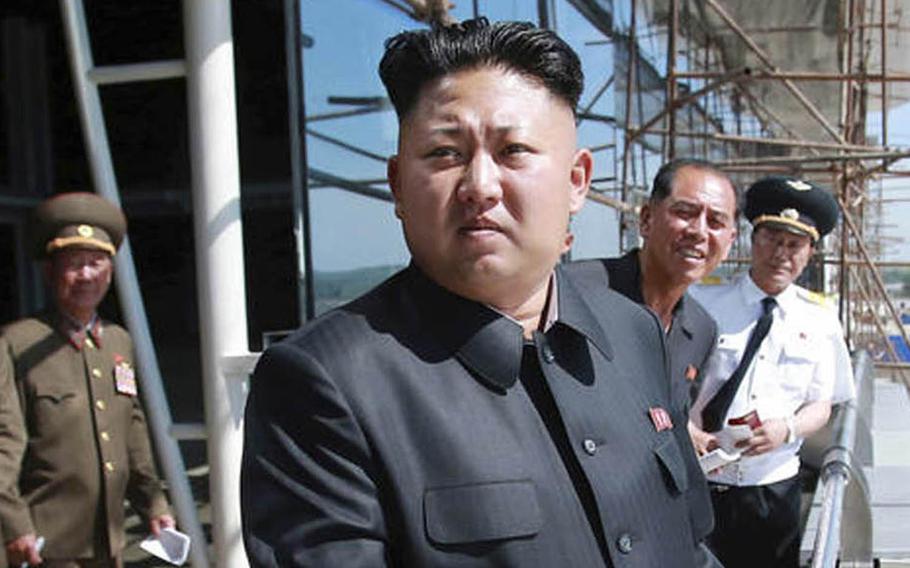 SEOUL, South Korea — North Korea stepped up its rhetoric on Thursday, threatening the United States and its allies with a “super mighty pre-emptive strike” and telling them: “don’t mess with us.”

The comments came a day after Secretary of State Rex Tillerson said Washington is considering restoring the North to its terror sponsor list among other ways to pressure the communist state over its nuclear weapons program.

The U.S. also has redeployed the USS Carl Vinson strike group to the Korean peninsula amid fears that Pyongyang may still conduct another nuclear test.

President Donald Trump’s administration has struggled with messaging after confusion over the initial orders to divert the aircraft carrier and its accompanying warships.

But the Navy said Wednesday that the fleet was en route to the waters surrounding the divided peninsula.

North Korea did not refer to specific developments but said the U.S. and its allies “should not mess with us,” according to a report in the official newspaper Rodong Sinmun.

“In case of launching our super-mighty preemptive strike, it will completely and immediately wipe out not only U.S. imperialist invasion forces in South Korea and its surrounding areas but also the U.S. mainland will be completely burned to ashes,” it added.

North Korea’s state-run media is known for its exaggerated and belligerent reports. But the rhetoric has taken on added significance as experts say Pyongyang has made alarming progress in its ballistic-missile development.

North Korea has conducted five nuclear tests, including two last year, and satellite imagery suggests it’s prepared for another one at a moment’s notice.

It also has test-fired nearly 30 missiles since last year despite U.N. Security Council resolutions and sanctions banning it from using ballistic technology.

Vice President Mike Pence, who is on his first official tour of the region, has said repeatedly that “the era of strategic patience is over” and “all options are on the table.”

But he and other U.S. officials have yet to outline a strategy that differs markedly from that of previous administrations.

Pyongyang didn’t carry out a nuclear test — as had been widely expected — to mark the birthday celebrations for its late founder and the current leader’s grandfather Kim Il Sung last weekend.

Instead it paraded what appeared to be intercontinental ballistic missiles and other weapons through Pyongyang. The North also tried but failed to launch what U.S. and South Korean officials said was a medium-range missile.

Another window of opportunity is coming up with the 85th anniversary of the founding of North Korea’s army on Tuesday.

He pointed to North Korea’s “provocative words and actions” and the upcoming army foundation day.

“It’s a situation with concerns that North Korea could venture into a provocation anytime once again,” he said during a cabinet meeting.

But 38 North, a website that monitors North Korea’s activities, said satellite imagery from April 16 indicates little activity around the north portal, the tunnel that appeared to be the site of preparations earlier this month.

“Imagery does show what may be three volleyball games underway at different locations through the facility,” according to the website, which is run by the U.S.-Korean Institute at Johns Hopkins University.

It said possible explanations for the change are that the site has been placed in stand-by mode or Pyongyang has initiated a tactical pause “as part of an overall deception plan.”

“Regardless, satellite imagery continues to indicate that the Punggye-ri nuclear test site appears able to conduct a sixth nuclear test at any time once the order is received from Pyongyang,” it added.

The two Koreas remain technically at war after the 1950-53 conflict ended in an armistice instead of a peace treaty. The U.S., which backed South Korea in the war, maintains about 28,500 servicemembers on the peninsula.