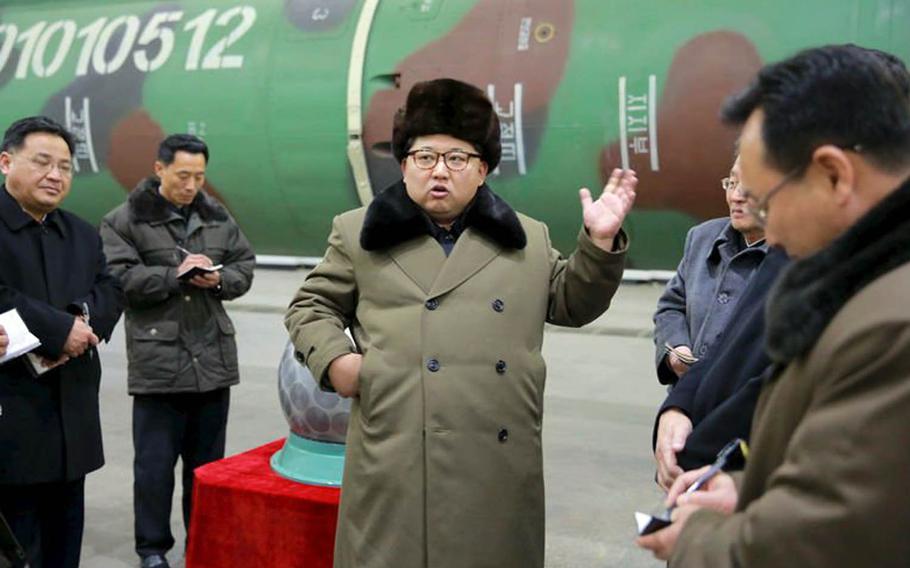 The State Department also released a report saying North Korea’s rights record is among the worst in the world.

The North’s state-run Korean Central News Agency called the moves “desperate efforts” by the Obama administration “to keep afloat their hostile policy” toward Pyongyang before leaving the White House.

Donald Trump is to be sworn in as U.S. president on Friday.

“Obama would be well advised not to waste time taking issue with [others’] ‘human rights issue’ but make good arrangements for packing in the White House,” KCNA said in a commentary posted Monday.

“He had better repent of the pain and misfortune he has brought to so many Americans and other people of the world by creating the worst human rights situation in the U.S. during his tenure of office,” it added.

The Obama administration has pursued a policy widely known as “strategic patience,” which relies on sanctions and diplomatic pressure to curb North Korea’s nuclear ambitions.

In addition to U.N. Security Council resolutions, the U.S. has slapped unilateral sanctions against the North.

Washington even blacklisted the North Korean leader for the first time in July over human-rights abuses. It added his younger sister Kim Yo Jong, who is the ruling Workers’ Party’s vice director of the propaganda and agitation department, last week.

Kim Jong Un also said in his New Year’s address that the country is in the “final stages” of developing an intercontinental ballistic missile.

Trump has not clearly stated his policy plans to address the growing threat from North Korea, although he tweeted a response to Kim’s announcement, saying “It won’t happen.”

Analysts are divided over how close the North is to achieving its stated goal of being able to target the U.S. mainland with a nuclear-tipped missile. But most agree the unprecedented activity last year demonstrated it has made clear technical progress.

Amid fears the North may stage a provocation in connection with Trump’s inauguration, the 38 North website said Friday that commercial satellite imagery of the Sohae Satellite Launching Station “provides no evidence of an imminent launch or engine test.”

“However, the site does remain capable of conducting a launch or engine test at any time and with little warning,” it added.

38 North, which is run by the U.S.-Korea Institute at Johns Hopkins University, examined imagery from November to January.