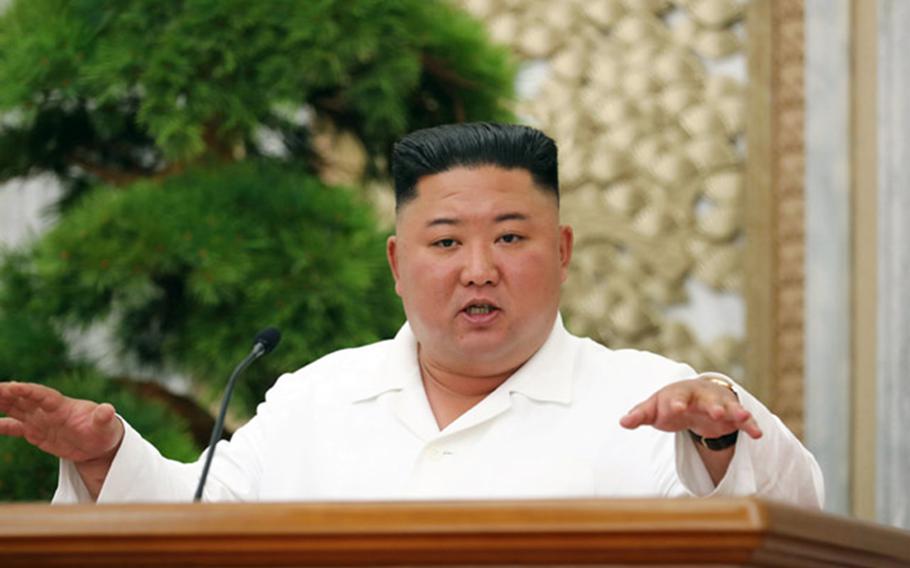 SEOUL, South Korea — North Korea insisted Tuesday that it has “no intention” of resuming dialogue with the United States as the Trump administration’s main point man on the issue traveled to the region to try to revive nuclear talks.

Stephen Biegun, deputy secretary of state and special representative for North Korea, planned to meet with senior South Korean and Japanese officials during a four-day trip that began with his arrival Tuesday on Osan Air Base.

He planned to discuss cooperation with both allies on a range of issues “and further strengthen coordination on the final, fully verified denuclearization” of North Korea, according to the State Department.

North Korea rejected the idea, calling Moon a “meddlesome man,” in its second such message in less than a week.

“Explicitly speaking once again, we have no intention to sit face to face with the U.S.,” Kwon Jong Gun, head of the North Korean Foreign Ministry’s department of U.S. affairs, said Tuesday in a statement posted on the state-run Korean Central News Agency.

“They seem to have a bad ear or are guided by the habit of always talking in their own favor,” he said.

On Saturday, the North’s first vice minister of foreign affairs, Choe Son Hui, also dismissed the idea of another summit, accusing Washington of using talks as a distraction from Trump’s domestic political woes.

“It is clear to us, even without meeting, with what shallow trick the U.S. will approach us as it has neither intention nor will to go back to the drawing board,” she was quoted as saying by KCNA.

Trump and Kim have met three times to discuss U.S.-led efforts to persuade the communist state to abandon its nuclear weapons pro-gram.

However, talks stalled last year after the two sides failed to agree on the North’s demands for sanctions relief in exchange for a step-by-step disarmament process.

Biegun expressed optimism last week that progress could still be made but acknowledged a summit was unlikely due to the corona-virus pandemic.

“In the time remaining with the web blanket that COVID-19 has put over the entire world, it’s hard to envision the circumstances where we could hold an in-person, international summit,” he said during a June 30 virtual forum, adding that engagement between the two sides was still possible.

When asked about possible engagement between Trump and Kim, he said, “I think that’s probably unlikely between now and the U.S. election as we see events being canceled around the world.”

Biegun was to meet with South Korean Foreign Minister Kang Kyung-wha and other officials on Wednesday and to travel to Japan on Thursday, according to the foreign ministry.