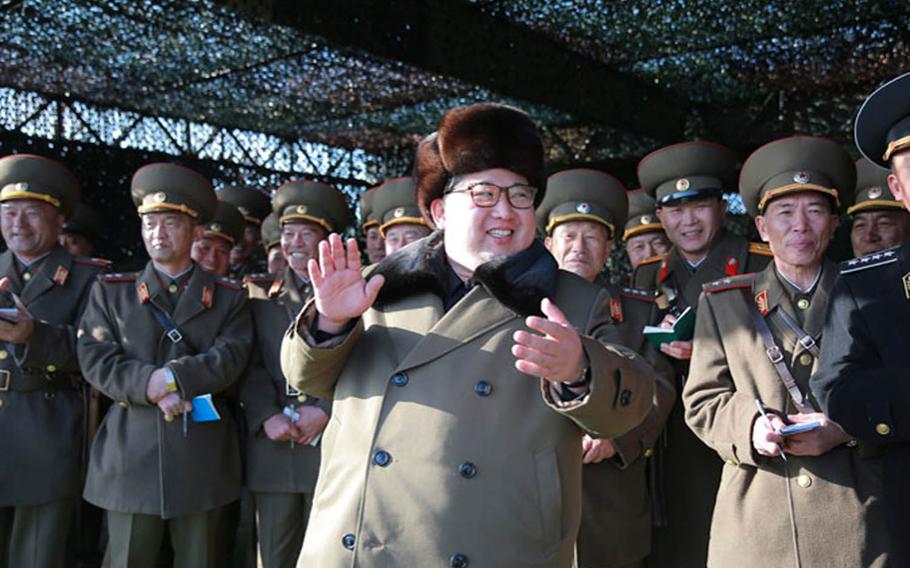 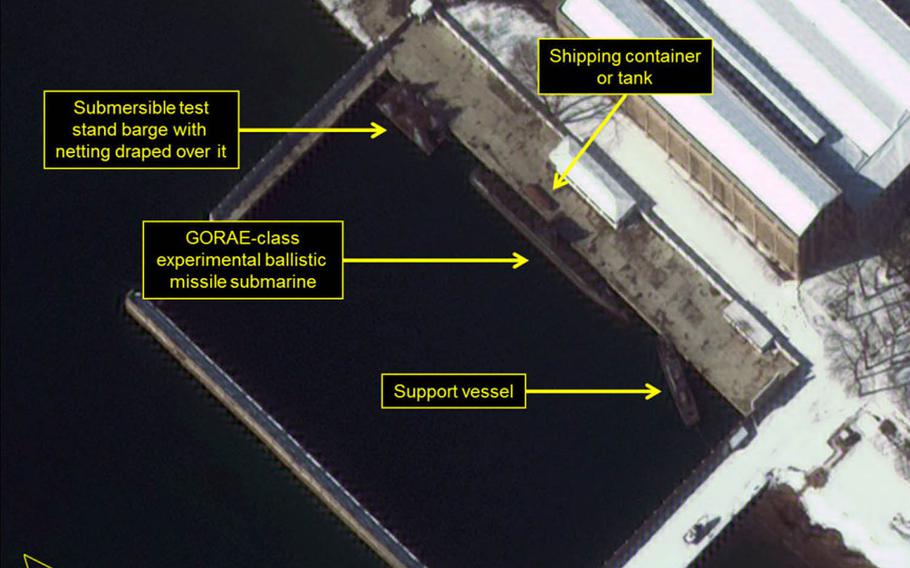 Recent commercial satellite imagery of North Korea indicate that unspecified work on the GORAE-class experimental ballistic missile submarine over the past two months may be complete. The submarine is present within the secure boat basin at the Sinpo South Shipyard in this Feb. 16, 2016 photo, along with a submersible test stand barge and a support vessel. (Courtesy of Airbus Defense and S) 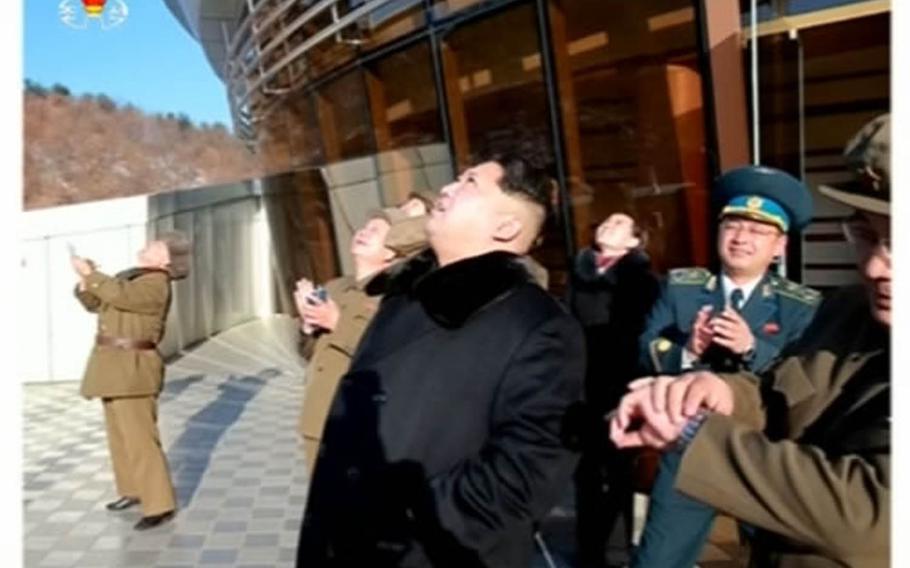 North Korea used mobile launch platforms to fire a pair of ballistic missiles Friday, a worrying development from a country that is eagerly pursuing multiple ways to attack its enemies while cutting reaction time for defenses.

One of the medium-range missiles fell into the sea after flying about 500 miles across the country, while the other disappeared from radar shortly after launch, suggesting that it may have exploded or otherwise failed, South Korea’s Yonhap News quoted officials as saying.

It was the latest move in the cat-and-mouse game with the provocative North that South Korean and U.S. officials fear could become deadly, either by intent or miscalculation.

Earlier in the week, North Korean leader Kim Jong Un said the country would soon try out several types of missiles and conduct another nuclear test despite tightened U.N. Security Council sanctions against both activities.

This time, it appeared that the Rodong missile was the threat of choice. The Rodong, last tested two years ago, is believed to have a range of about 800 miles, putting all of South Korea and part of Japan within striking distance, and could carry either explosives or chemical weapons.

“The U.S. tracked the launch of two ballistic missiles from North Korea,” a U.S. Department of Defense statement said. “Neither was assessed to be a threat to the U.S. or our regional allies.”

The North appeared to be trying to give as little warning of the launch as possible. Yonhap cited military sources as saying it did not declare a no-sail zone as is required under international conventions for the safety of ships in the area.

The use of mobile launch platforms is also worrying, since they are more difficult to track before use, as is recent work the North has carried out at its traditional rocket site that appears aimed at camouflaging preparations for a launch. New satellite photos also have shown a flurry of activity at its submarine bay that could be part of efforts to develop the capability to launch ballistic missiles from submarines.

The North earlier claimed to have successfully test-fired sub-launched missiles, but experts said the visual evidence appeared to have been faked.

The launches are the latest in a series of provocations by Pyongyang, starting with its fourth nuclear test on Jan. 6 and the launch of a long-range rocket a month later, that have set off a steadily escalating crisis. It has further isolated the reclusive country and left officials wondering what Kim’s long-term motives and goals are and what more may lie ahead.

The U.N. Security Council has passed the toughest sanctions against the North in 20 years, with China reluctantly agreeing. Beijing prefers negotiations and fears that exerting too much pressure on Pyongyang could lead to the collapse of the regime and chaos on their joint border, but also seems to be losing patience over the repeated bouts of brinksmanship.

Increasingly belligerent as U.S. and South Korea forces stage their largest-ever annual spring military exercises, Kim has claimed in recent weeks to have developed a miniaturized nuclear bomb that could be fitted into a missile warhead, ordered production of more bombs and vowed another nuclear test and launches of several different types of missiles.

He also said the country has developed a re-entry vehicle to protect a bomb from the rigors of falling from space, and there was speculation that Friday’s launches may have been a test of that vehicle or the shell of the miniaturized bomb.

Experts have cast doubt on some of the claims of significant developments in the North’s nuclear and weapons programs, but it’s clear that Pyongyang is making a major thrust in both.

The country also has threatened to turn South Korea, the U.S. mainland and U.S. bases in the Pacific into a “sea of fire and ashes” and talked about pre-emptive strikes if it sees signs of an invasion.

While the spring exercises always anger the North, which calls them preparation for an invasion, Kim also appears to be trying to show that he is fully in command amid widespread speculation that he has not consolidated power more than four years after taking over following the death of his father. The ruling Workers’ Party also will hold its first congress in three decades in May.

The U.S. has countered some of the North’s moves with shows of force by sending in a B-2 bomber from Guam for a low-level flyover of South Korea and dispatching four F-22 fighters from Okinawa, while South Korea has passed its own sanctions and closed down a joint factory complex that was the final symbol of inter-Korean cooperation but also provide a source of hard currency for the North’s battered economy.

Stars and Stripes staffer Tara Copp contributed to this report.