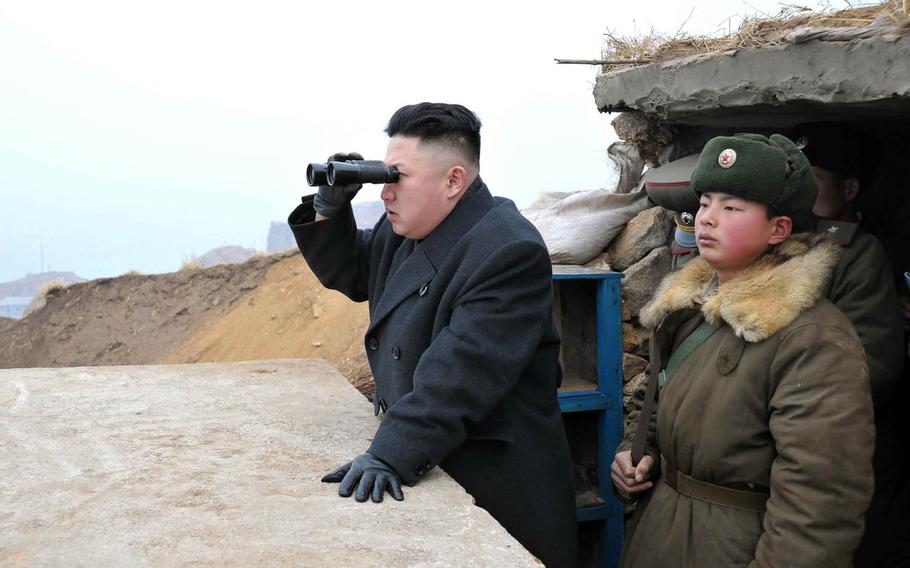 SEOUL, South Korea — North Korea reportedly conducted another rocket-engine test last week as it seeks to develop a missile that could reach the U.S. mainland, while concern rose that the reclusive country is poised to carry out its sixth nuclear test.

Already high tensions have spiked this year as the North persists with its nuclear-weapons program. It also has issued a series of warnings over U.S.-South Korean war games underway.

North Korea has carried out two missile tests this year after a record number of about two dozen in 2016.

Leader Kim Jong Un also claimed to have successfully tested a powerful new rocket engine on March 18, hailing it as “a great event of historic significance.”

On Monday, CNN quoted unidentified U.S. defense officials in Washington as saying North Korea conducted another ballistic-missile engine test on Friday, adding that it was the third test in recent weeks on similar technology.

An initial assessment indicates the engine technology could possibly be used in an eventual intercontinental ballistic missile, the officials told CNN.

Asked about the report, South Korea’s military said North Korea is “consistently involved in activities to advance their missile capabilities” and the reports from Washington appear to be “an extension of that.”

“Washington and Seoul have been tracking and monitoring such activities closely,” an official with the Joint Chiefs of Staff told reporters at a regular briefing Tuesday in Seoul.

Kim Jong Un has said his country is in the “final stages” of preparations to test an ICBM, which would be a significant step toward its stated goal of being able to target the U.S. mainland with a nuclear-tipped missile.

Experts are divided over how close the North is to reaching that goal as it needs to not only develop the long-range missile but also to miniaturize a nuclear warhead so it would fit.

South Korean officials also have warned that North Korea is prepared to conduct a sixth underground nuclear test at any time.

Recent satellite imagery showed several vehicles or trailers at the entrance to the North’s main nuclear-testing site at Punggye-ri, according to 38 North, a website that monitors such activities.

“If these vehicles are related to test preparations, they could be involved in the installation of instrumentation or even a nuclear device,” the website said Saturday. But it stressed the evidence was not conclusive and the vehicles may have been there for other purposes.

38 North, which is run by the U.S.-Korea Institute at Johns Hopkins University’s School of Advanced International Studies, also said the March 24 images showed evidence of recent dumping at the north portal’s spoil site.

That has raised concern that it may time a nuclear test to mark the April 15 birthday of Kim’s revered late grandfather and North Korea’s founder, Kim Il Sung. The communist state also will celebrate the anniversary of the Korean People’s Army on April 25.

The North also has warned it will retaliate for U.S.-South Korean war games, which it considers a rehearsal for an invasion despite insistence by Washington that the annual military drills are defensive in nature.

A two-week, computer-simulated exercise dubbed Key Resolve ended on Friday, but U.S. and South Korean forces will continue field-training drills known as Foal Eagle through the end of April.

The state-run Korean Central News Agency warned on Sunday that the army is prepared to fight enemy attacks, referring to reports that this year’s drills included U.S. Special Forces and other strategic assets practicing to take out the North Korean leadership.

“The General Staff declares the KPA’s stand to mercilessly smash the enemy’s moves with its own style of special operation and preemptive attack,” it said.

Separately, Marines deployed F-35B stealth fighters to South Korea for the first time this week as part of a joint training exercise, the military said.

The United States has about 28,500 servicemembers stationed in South Korea, which remains technically at war with the North after the 1950-53 conflict ended in an armistice instead of a peace treaty.