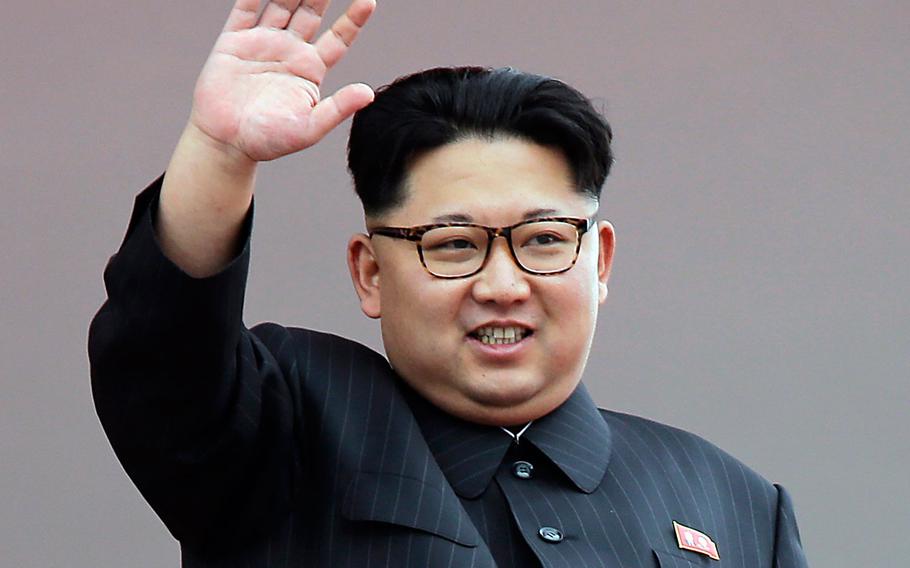 North Korean leader Kim Jong Un waves at parade participants at the Kim Il Sung Square in Pyongyang, North Korea, May 10, 2016. Kim said in his New Year address that his country was in the “last stages” of development for a launch. (Wong Maye-E/AP Photo, File)

Yonhap quoted unidentified military officials as estimating that the two missiles are shorter, at no longer than 50 feet, than the ICBMs currently known to be in the North’s arsenal. The existing KN-08 and KN-14 missiles are about 65 feet long, according to the news agency.

South Korea’s military said during a press briefing that it could not confirm the report but was maintaining its readiness posture.

“There is no imminent sign of provocations, but we remain vigilant as the North could fire a missile at any time and place determined by its leadership,” said a Joint Chiefs of Staff official cited by Yonhap.

Fears about Pyongyang’s ability to test-fire an ICBM rose after leader Kim Jong Un said in his New Year address that his country was in the “last stages” of development for a launch.

Many observers also have speculated that North Korea may stage a provocation in the near future to test Donald Trump, who will be sworn in as U.S. president on Friday.

The North conducted two underground nuclear explosions and two dozen ballistic missile tests last year, some of which failed to launch. Experts say the increased pace shows the communist state is making progress in its stated goal of developing a nuclear-tipped missile that could reach the U.S. mainland, although it is believed to be many years away from completion.

The White House and the State Department have said Pyongyang hasn’t demonstrated the ability to miniaturize a nuclear warhead that would fit on an ICBM.