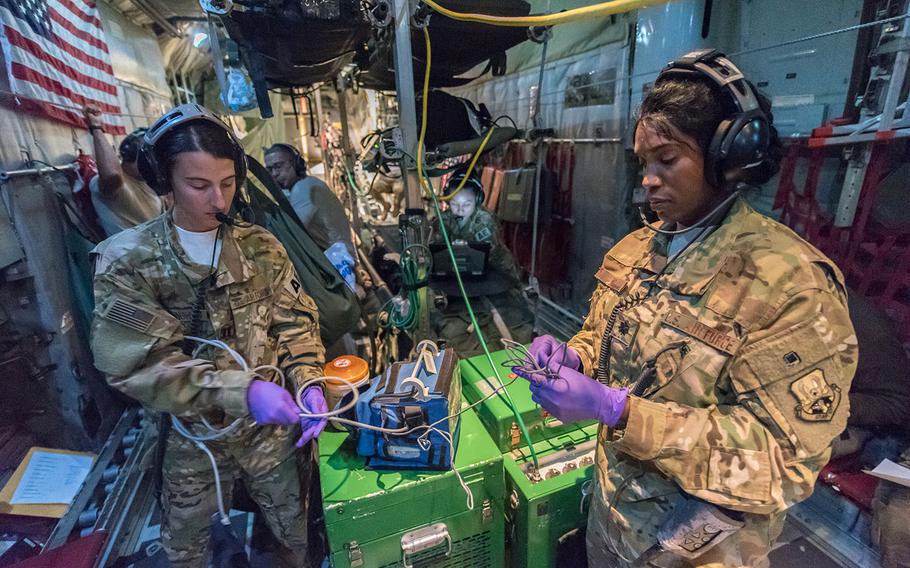 More than a third of some 30,000 soldiers injured in Iraq and Afghanistan were hurt in noncombat incidents such as falls and vehicle crashes, a new study has found.

The study, published Wednesday in the medical journal JAMA Surgery, also found that more than 10 percent of troops killed in those conflicts died of noncombat injuries. The proportion of nonbattle injuries remained relatively stable over the 2003-2014 time frame covered.

Lead researcher Dr. Tuan D. Le of the Army Institute of Surgical Research at Fort Sam Houston, Texas, said the study — which aimed to quantify nonbattle injuries and characterize them — is important for understanding how to prevent or reduce injuries during deployments.

“During the wars in Iraq and Afghanistan, NBI has continued to be a significant burden,” the study’s authors wrote. They noted that previous research using more than a decade of aeromedical evacuation records showed that a third of Army medical evacuations during deployment were a result of noncombat injuries.

The rate of noncombat hospitalizations was higher than in the Vietnam War, with 13 percent, and the Gulf War, with 25 percent.

“Despite the historical burden of NBI, research has focused primarily on the incidence and prevention of battle injury,” the study said.

Using the Defense Department Trauma Registry for data on 29,958 servicemembers injured from 2003 to 2014 in Iraq and Afghanistan and evacuated to a hospital, the researchers found that NBI accounted for 34.1 percent of all injuries and 11.5 percent of all deaths of troops admitted to a military medical facility.

Dr. Todd E. Rasmussen, an associate dean of research at the Uniformed Services University of the Health Sciences in Bethesda, Md., wrote in a commentary that the new study is “a wake-up call.” Rasmussen, who was not involved in the research, added that the three leading causes of nonbattle injuries — falls, crashes and machinery accidents — are preventable.

But he wrote that “successes identified in this analysis, such as the relatively low rate of unintentional firearm injury,” were significant.

“The fact that only 728 service members sustained an inadvertent firearm injury during a 12-year period in which hundreds of thousands of troops were deployed with a great assortment of weaponry is notable,” Rasmussen wrote.

The study also found that noncombat injuries were almost twice as high for women than men and that the Air Force and Navy had higher proportions of accidental injuries than the Army. The Marines had the lowest percentage of noncombat injuries — 25.7 percent — according to the study.