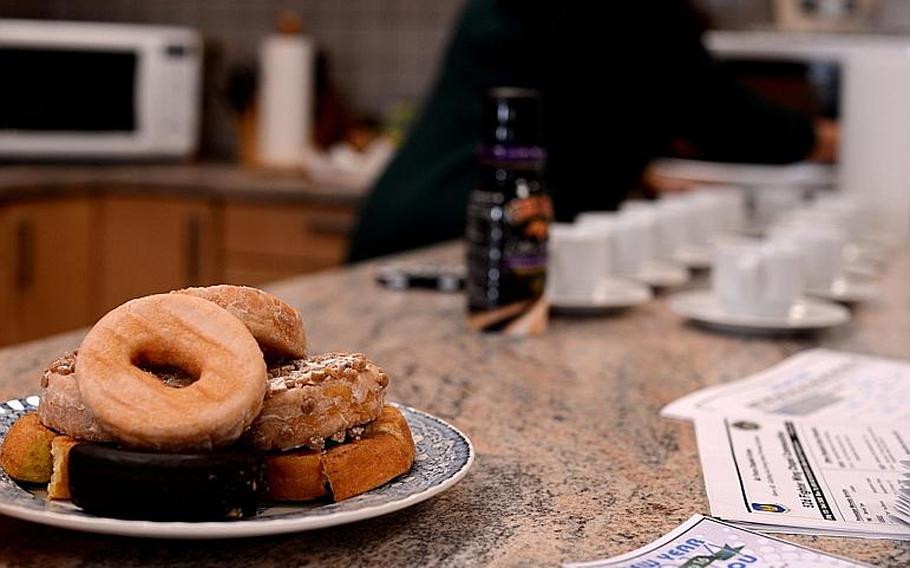 Doughnuts sit out at the U.S. Air Force 52nd Force Support Squadron Airman and Family Readiness Center at Spangdahlem Air Base, Germany, in 2014. Nonalcoholic fatty liver disease saw a 12-fold increase in the military from 2000 to 2017, according to a recent military medical report. ()

The military experienced a 12-fold increase in the number of troops diagnosed with nonalcoholic fatty liver disease, according to a new health report that found the Air Force recording the highest rates.

The study marks the first time that the military’s Medical Surveillance Monthly Report looked at occurrences of the disease, which is linked to obesity and can result in cirrhosis of the liver.

“Service members with severe NAFLD resulting in impaired liver function are unable to perform their military duties and are disqualified from service,” the Defense Health Agency’s January report said.

Combat units also had the lowest number of cases, registering 52.3 per 100,000. Troops working in health care had the highest rate with 101.3 per 100,000. The high number among medical workers could be a function of higher awareness and easier access to diagnostic health care, the report said.

Overall rates increased with advancing ages of troops. Within the ranks, warrant officers and senior officers had markedly higher rate than junior enlisted servicemembers, the report found. Men were diagnosed at more than 1.5 times the rate of women.

The increases in nonalcoholic fatty liver disease could be connected to more clinically overweight troops in the ranks, the report said. However, the increased use of abdominal ultrasound testing also could be a contributing factor in finding more cases, the study said. The study did not examine the roles of servicemember eating habits and lifestyles.

There is no cure for nonalcoholic fatty liver disease and treatment is focused on preventing risk factors. Keeping a healthy body weight, plant-based diets and exercise are the main modes of prevention, according to the Mayo Clinic.

As obesity rates have increased in the general population, the military too has experienced higher rates of overweight troops in the ranks.

In 2015, 7.8 percent of active duty servicemembers were considered overweight, which was a 73 percent increase from 2011, according to a 2016 report by the Defense Health Agency.

In recent years, the military has taken various steps to try and address the issue, with some services expanding healthy food options at dining facilities.