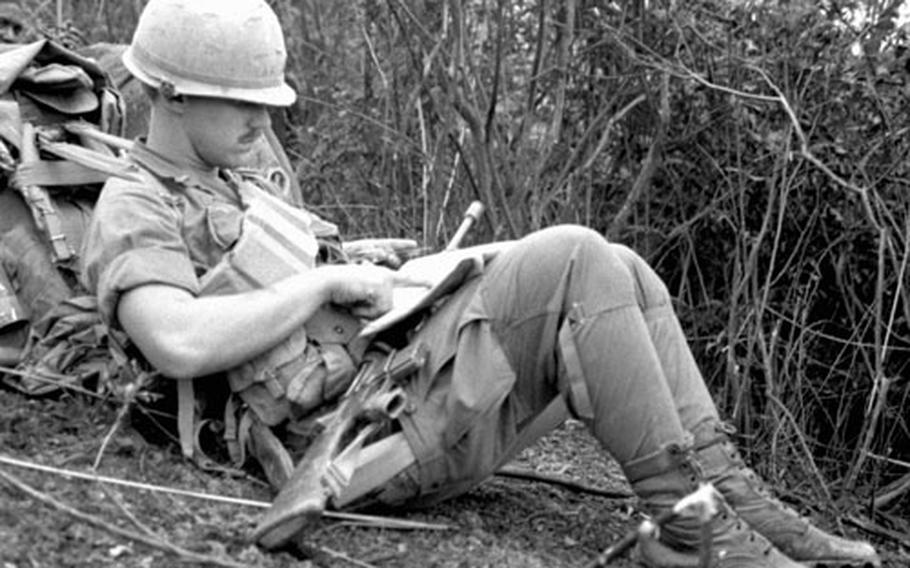 A soldier from D Co., 1st Battalion, 506th Infantry catches up on his reading at a landing zone near Forward Support Base Jack in South Vietnam on Christmas Eve, 1970. (Dan Evans/Stars and Stripes)

A soldier from D Co., 1st Battalion, 506th Infantry catches up on his reading at a landing zone near Forward Support Base Jack in South Vietnam on Christmas Eve, 1970. (Dan Evans/Stars and Stripes) 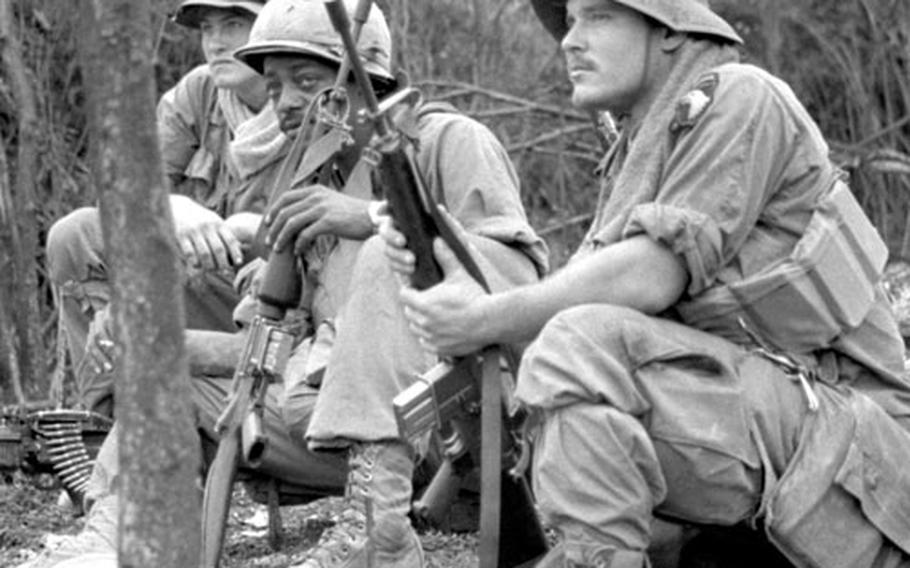 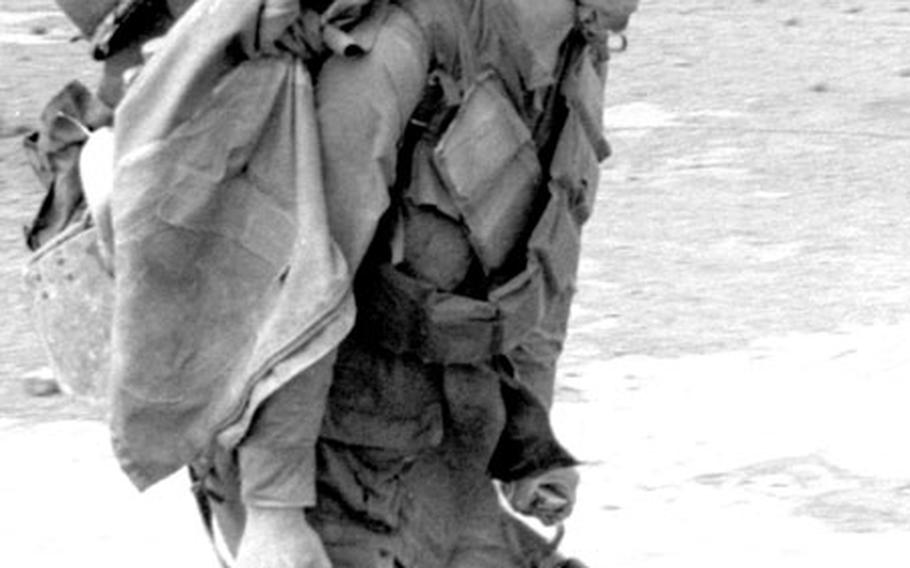 A weary soldier from D Co., 1st Battalion, 506th Infantry slogs into Camp Evans for a shower, mail call and some hot food on Christmas Day before returning to the field. (Dan Evans/Stars and Stripes) 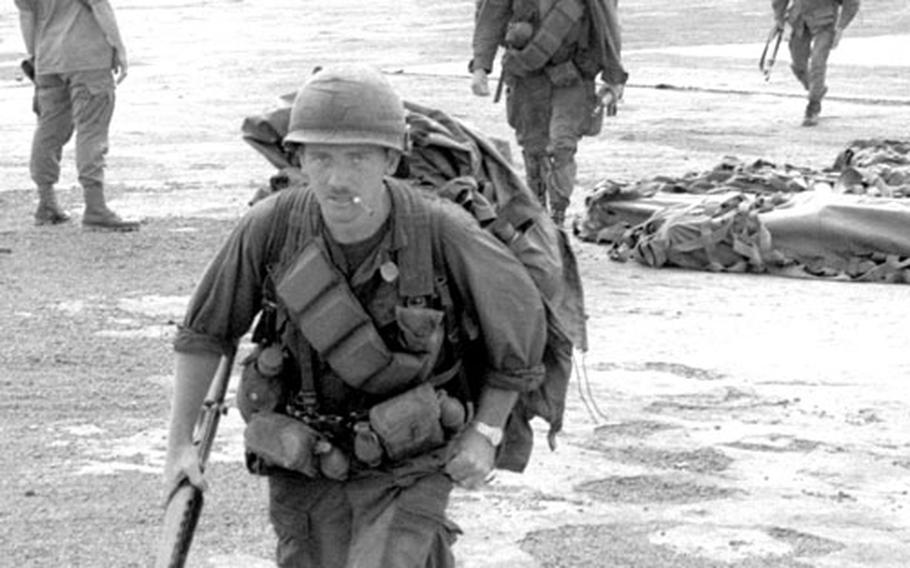 Soldiers return to Camp Evans for a Christmas break. (Dan Evans/Stars and Stripes)

THUA THIEN PROV., Vietnam — 'Twas the night before Christmas and the GIs hit a blackened landing zone then humped up and down a couple hills and spent the evening in the rain and the mud on a bushy hilltop. They weren't waiting for St. Nick.

As was the case with other units around Vietnam, it was business as usual on Christmas Eve for D Cc., 1st Bn., 506th Inf. from Camp Evans.

Just before the company left Fire Support Base Jack, about 75 miles northwest of Da Nang, a light plane flew over and broadcast "Jingle Bells" and "Noel." The music was drowned out by a helicopter idling on the pad and the plane flew away.

Some of the men grumbled. "There's supposed to be a ceasefire tonight anyway, so why not spend the night in the rear?" one said.

The combat assault was routine. Not long after all the troops were on the ground the company commander announced. "The truce has been in effect for 10 minutes now."

"Does Charlie know about this?" someone asked.

Some of the GIs talked about Christmas. D Co. was luckier than some other units. They were going to the rear for Christmas dinner. "We'll get a shower, clean clothes, a hot meal then come back out," a GI said.

The company set up their night defenses after dark, putting out two ambushes — one mechanical and one live. There were no foxholes, no shelters, no fires — just cold rations and rain.

At about eight the next morning the CO told his men to get ready for pickup in about half an hour. They moved to another hill and prepared an LZ, then the copters were put on weather hold. It started to rain again — hard. Three hours later the birds arrived.

At Camp Evans the men stripped off muddy clothes and hopped into waiting showers, dressed and headed for Christmas dinner.