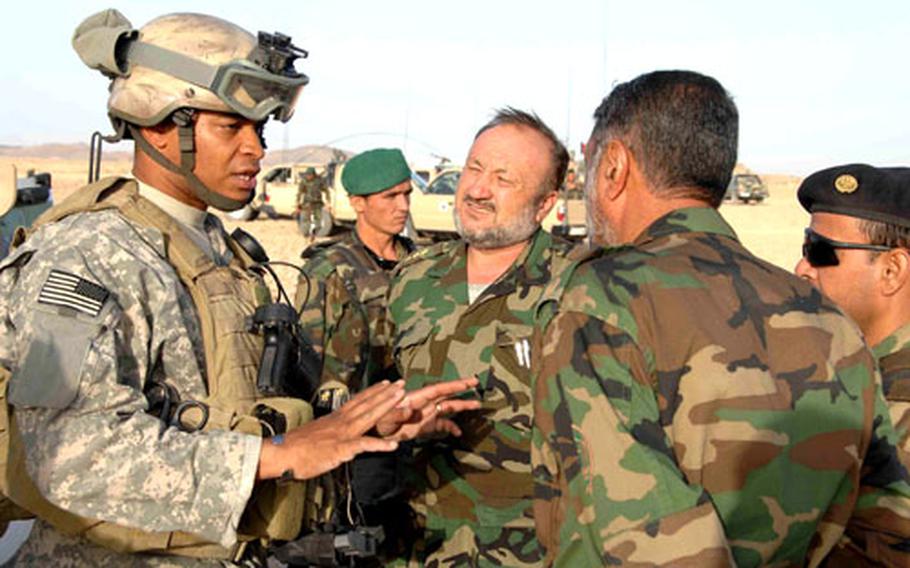 U.S. and Afghan troops discuss what is going to happen on this mission in the town of Shewan, Farah province, Afghanistan. (Michael Carter / Courtesy of U.S. Army)

U.S. and Afghan troops discuss what is going to happen on this mission in the town of Shewan, Farah province, Afghanistan. (Michael Carter / Courtesy of U.S. Army) 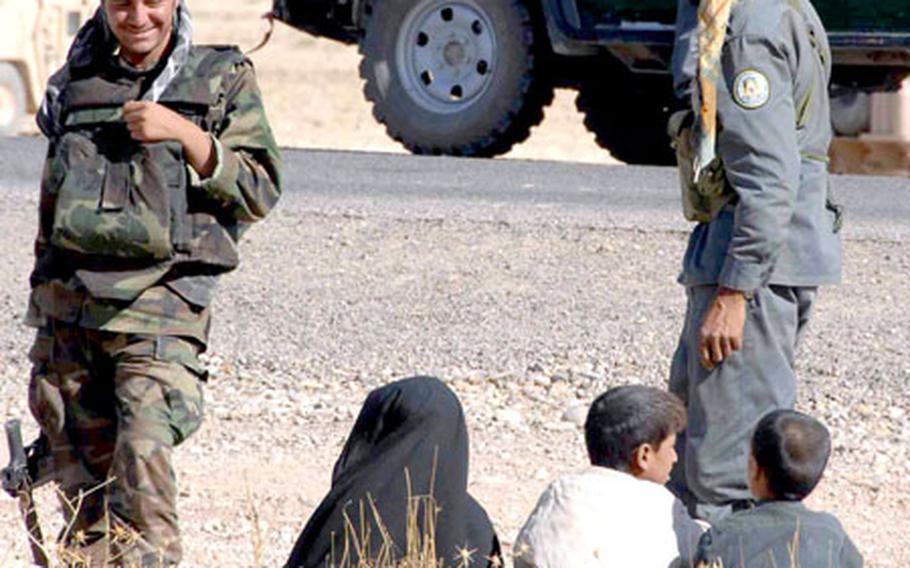 Afghan National Army and police members talk with children at a checkpoint in Shewan. (Michael Carter / Courtesy of U.S. Army)

Operations aimed at clearing a remote western village that reportedly harbored hundreds of Taliban fighters went off without a hitch &#8212; much less a shot fired &#8212; last week when Afghan and coalition troops discovered that insurgents had already departed, according to U.S. military reports.

Taliban fighters had occupied the village of Shewan, in Farah province, for several months, distributing their own newspapers and harassing Afghan and coalition patrols with numerous roadside bombs.

In July, the village was the scene of a pitched battle between Taliban fighters and Afghan security forces who had stumbled upon the insurgents while conducting a routine visit of village leaders.

Roughly a dozen Afghan National Army and police personnel were killed in that engagement.

On Monday, a Combined Joint Task Force-82 press release said it appeared that insurgent fighters had been tipped off to the operation, allowing them to escape. Afghan forces were now in the process of establishing an outpost in the area that would prevent the enemy&#8217;s return.

The operation was conducted from Aug. 14 to 19 and involved hundreds of soldiers from the 207th Afghan National Army Corps, supported by U.S. Special Forces and Italian troops.

Afghan soldiers and police discovered unspecified drugs and weapons during a search of the village and detained a roadside bomb suspect.

&#8220;I have never seen or heard of an operation of this size go so successfully, that not even one bullet was fired or one person killed,&#8221; Afghan National Police General Abdul Rahman Sarjang, the provincial police chief, was quoted as saying in a military press release. &#8220;Shewan, in my opinion, was the most dangerous place in Afghanistan.&#8221;