No rush to lift Kunsan base restriction 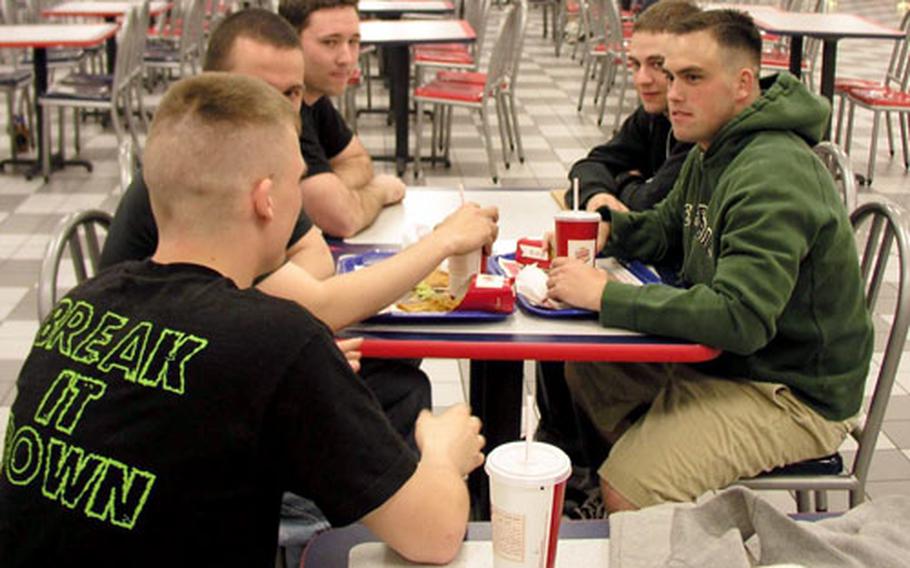 KUNSAN AIR BASE, South Korea &#8212; The 8th Fighter Wing commander is in no rush to lift his order that kept more than 2,000 troops restricted to the base for a fourth day Thursday, he told Stars and Stripes.

Col. Jeffrey Lofgren said he does not view the restriction as mass punishment in the aftermath of an alleged Monday morning assault on a South Korean taxi driver.

&#8220;I view this as professionals carefully examining their role in a foreign country and ensuring that as professionals we are doing the right thing with regards to this community that we are associated with,&#8221; he said.

Lofgren ordered all servicemembers restricted to the base Monday morning until further notice after two airmen and a civilian employee allegedly assaulted the cab driver and tried to steal his car. The incident occurred around 1:30 a.m. in Kunsan City.

The airmen are police officers with the 8th Security Forces Squadron and the third suspect is a civilian who works for a health products store on base.

The restriction affects nearly all 2,000 airmen of the wing, known as the Wolf Pack, as well as about 150 Kunsan-based soldiers of the Army&#8217;s 35th Air Defense Artillery Brigade.

Lofgren is allowing troops to participate in regularly scheduled off-base community activities, such as volunteers who teach English classes, he said.

Servicemembers also have been allowed to leave the base for authorized leave or temporary duty, wing officials have said.

Lofgren said the restriction is aimed at impressing upon servicemembers that in their interactions with South Koreans &#8220;we are ambassadors and must be above reproach.&#8221;

He said commanders and supervisors have been briefing troops on that message, often during formations and other gatherings.

Lofgren said he and subordinate leaders are meeting daily to gauge whether their message is having the intended effect.

Lofgren said he will lift the restriction once the wing&#8217;s leaders conclude the message has been properly reinforced.

The cab driver, 48-year-old Lee Ki-jung, remains in Kunsan Medical Center with what he said are head and knee injuries, nerve damage and facial bruises.

Police contend his assailants choked Lee and punched him repeatedly.

The two airmen are in custody on the base and have been relieved of normal police duties pending outcome of the case. They have not been jailed.

Most airmen not overly upset over decision

KUNSAN AIR BASE, South Korea &#8212; Servicemembers at Kunsan Air Base said Thursday that most were taking in stride their confinement to base, which has been in place since Monday because of an attack on a local cab driver, allegedly by two airmen and a civilian from the base.

Airmen said their unit leaders told them the measure was ordered partly to protect them from &#8220;retaliation&#8221; from any angry South Koreans, and to avert possible violence against South Koreans by U.S. servicemembers who might be angered over last week&#8217;s Virginia Tech shootings. The killer in that deadly rampage was South Korean.

Airmen said their leaders told them the wing would not tolerate misconduct, and that each servicemember was expected to display conduct above reproach.

Some said the restriction has had little affect on their daily routine.

But one airman said he and others were beginning to chafe under the restriction because it deprives them of the chance to visit places like Seoul or Osan Air Base where recreational opportunities are more plentiful.

But Martinez defends the restriction, saying he has kidded some of the younger airmen that the restriction highlights the need for them to be &#8220;good wingmen&#8221; and help curb misconduct.