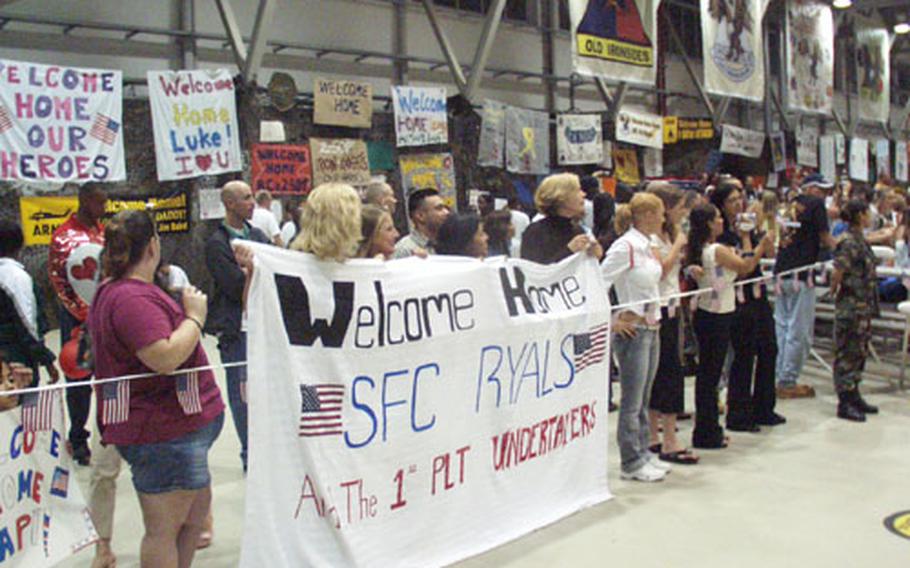 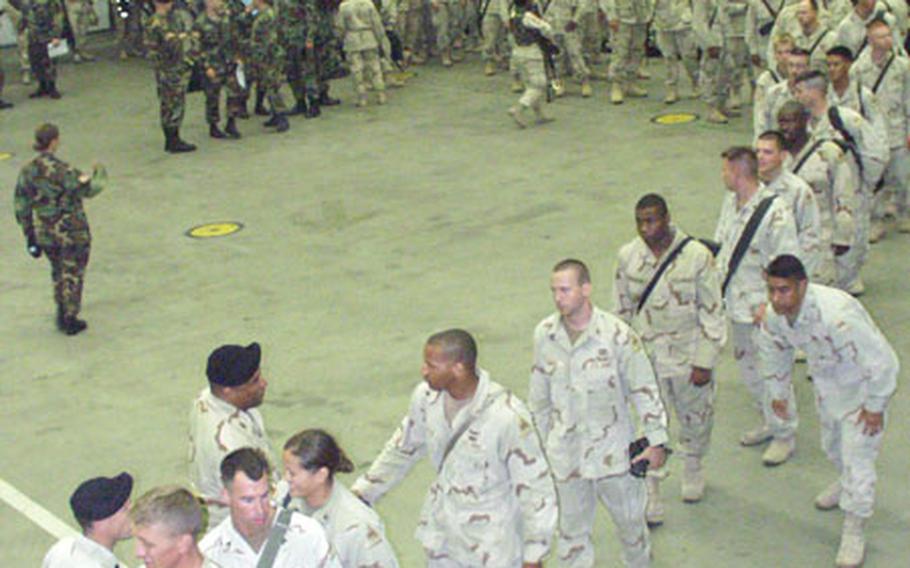 Before turning in some of their gear, soldiers of the 4th Brigade, 1st Armored Division, pass through a receiving line led by Col. Dyfierd Harris. Nearly 300 troops from Hanau, Germany, returned home early Saturday morning after spending more than a year in Iraq. (Kevin Dougherty / S&S) 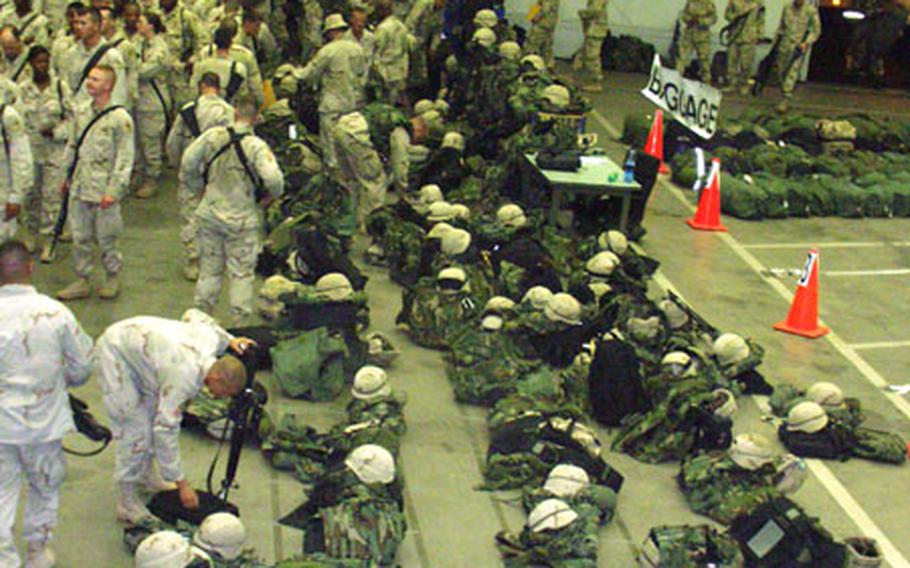 Troops of the 4th Brigade, 1st Armored Division, prepare to turn in weapons and equipment after their return to Hanau, Germany, from Iraq. (Kevin Dougherty / S&S) 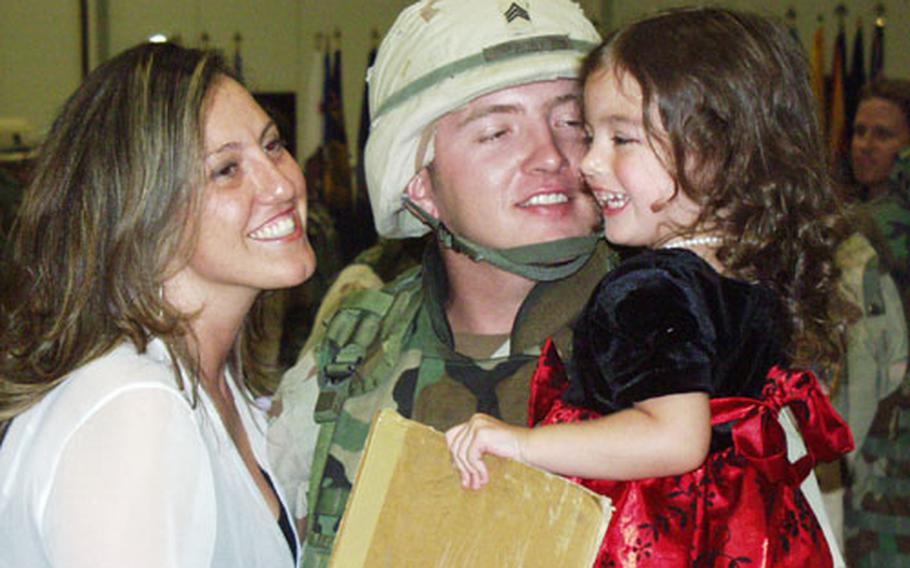 HANAU, Germany &#8212; Looking up at her dad, Kayla Krings wiped the tears from her eyes as she began to ponder the question.

It seemed the more Kayla thought about what it was she wanted to do with her father, now that he is home, the more choked up she became.

Making up for lost time is something a lot of people affiliated with the 1st Armored Division can identify with in these heady days of homecoming ceremonies.

Two hours before Krings and the other honored guests marched into view, Trisha Wilson and a few friends sat waiting in an empty aircraft hangar in Hanau.

Seated near Wilson was Capt. Sara Mann. For an hour or so, Capt. Nathan Mann and his wife had been sending messages to each other via cell phones.

Fortunately, the buses ferrying the lucky contingent of 4th Brigade troops from Rhein-Main Air Base to Fliegerhorst Casern didn&#8217;t get stuck in traffic for too long. Shortly after 2 a.m., the buses pulled up to another hangar on post, one used to collect weapons, computers and other sensitive items.

Given all they&#8217;ve gone through in Iraq over the past 15 months, the troops were remarkably subdued. While there was some laughter and backslapping, most of the soldiers looked dog-tired from the daylong odyssey. &#8220;They&#8217;ve been in the pipeline so long, they&#8217;re kind of numb,&#8221; said Maj. Blake Burslie, the brigade&#8217;s rear detachment commander.

Before the troops could progress to the next stage &#8212; reunion with family and friends &#8212; they had to turn in their weapons, computers and other gear, such as night-vision goggles.

Sgt. Paul Mayer and several other soldiers pumped their fists into the air after the Army formally relieved them of their M-16 rifle, something that rarely left their side for long.

It took Capt. Jake Landry, who was overseeing the process, and the roughly 100 soldiers who were supporting the effort, about an hour to clear all 299 soldiers.

Soon, flags were being unfurled and gear was being thrown back on for the mission&#8217;s final march. The five units on hand &#8212; the headquarters people, the chemical company, the 127th Aviation Support Battalion, and the 1st and 2nd Battalions of the 501st &#8212; lined up for some last-minute instructions.

The march between the two hangars amounted to only a few hundred yards, but in many ways it signified a breaching of two worlds: one of chaos and caution to one of comfort and care.

As the soldiers rounded a corner, the soft sound of soles slapping asphalt was gradually overtaken by the melody of Lee Greenwood&#8217;s song, &#8220;God Bless the USA.&#8221;

Out of the shadows, the soldiers soon stepped into the glow of bright lights, which grew in intensity the closer they got to their destination. As McNeal predicted, the crowd erupted in cheers and screams as row upon row of soldiers marched into the hangar.