No overnight stays in Naha for III MEF after rape charge 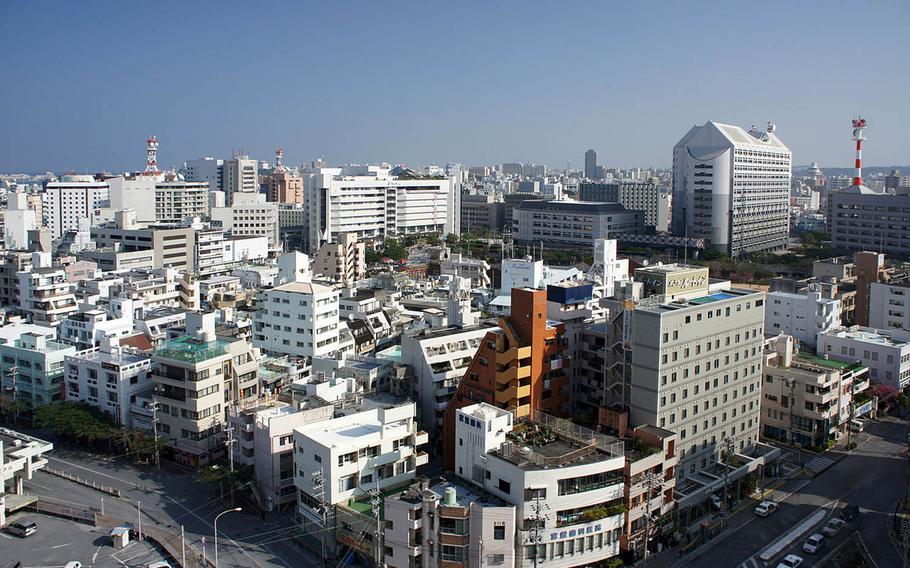 Marines and sailors will no longer be able to stay overnight in Naha, a move made days after a sailor was charged with raping a woman in the Okinawa capital city. (Courtesy of Wikicommons)

Marines and sailors will no longer be able to stay overnight in Naha, a move made days after a sailor was charged with raping a woman in Okinawa’s capital city.

Marine Corps officials were not available for comment Friday afternoon.

The newest restriction on Okinawa servicemembers — who already must obey a nighttime curfew and other restrictions — comes after Seaman Apprentice Justin Castellanos, 24, was arrested Sunday morning following allegations that he raped a Japanese woman in a Naha hotel.

Japanese police alleged that Castellanos found the woman passed out in a hallway and took her into his room. Castellanos denied the allegations, police said.

Lt. Gen. Lawrence Nicholson, III Marine Expeditionary Force commander, referred to the allegation as a “great shame and dishonor of us all,” in an apology to Okinawa Gov. Takeshi Onaga.

Servicemembers under Nicholson’s command will also participate in mandatory training on personal responsibility and decision-making, the Marine Corps Times reported.