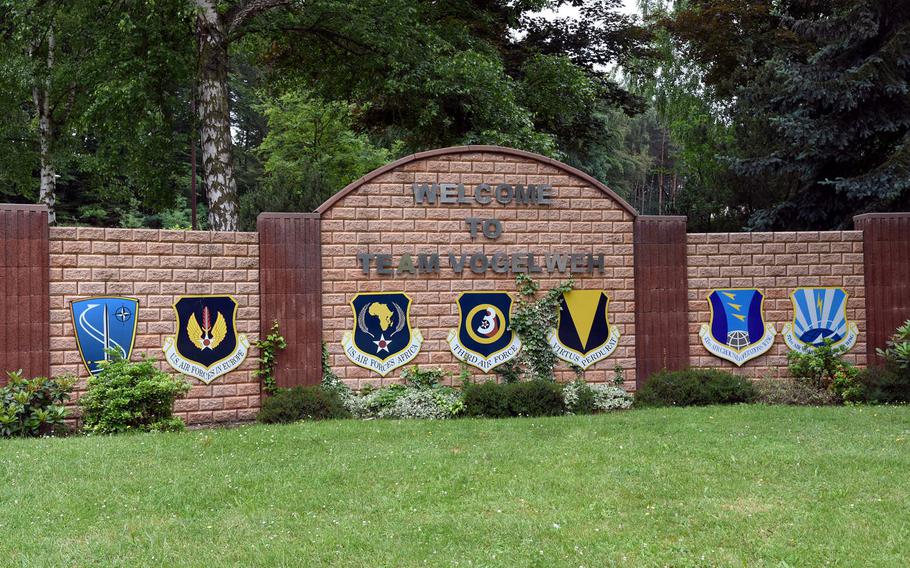 The cause of the collapse of drywall in the ceiling of an apartment on Vogelweh near Kaiserslautern, Germany, is under investigation. No one was injured. (Jennider H. Svan/Stars and Stripes)

The cause of the collapse of drywall in the ceiling of an apartment on Vogelweh near Kaiserslautern, Germany, is under investigation. No one was injured. (Jennider H. Svan/Stars and Stripes) 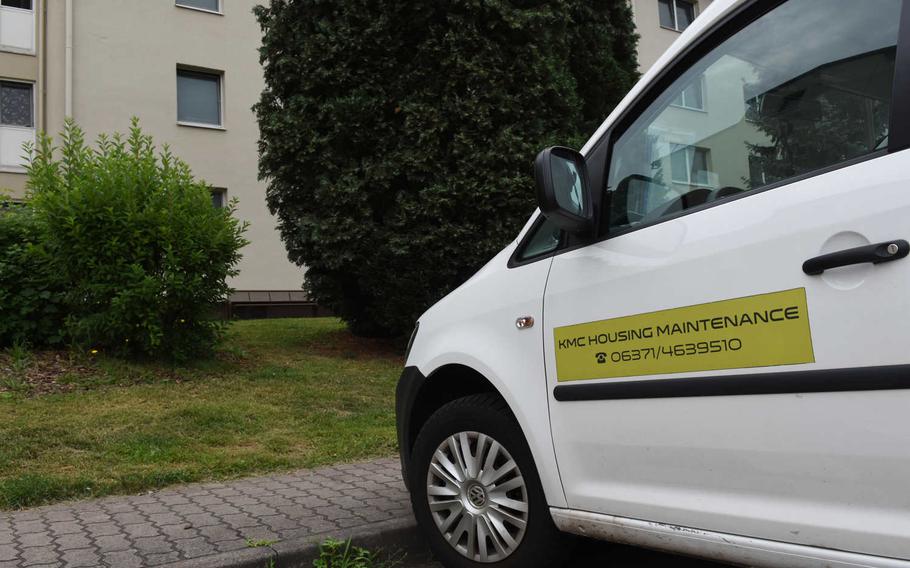 A van from the Kaiserslautern Military Community housing maintenance office was parked outside family housing on Vogelweh on Thursday, June 7, 2018, near Kaiserslautern, Germany. Air Force officials are trying to determine what caused the ceiling drywall in one of the apartment units to collapse Tuesday. (Jennider H. Svan/Stars and Stripes) 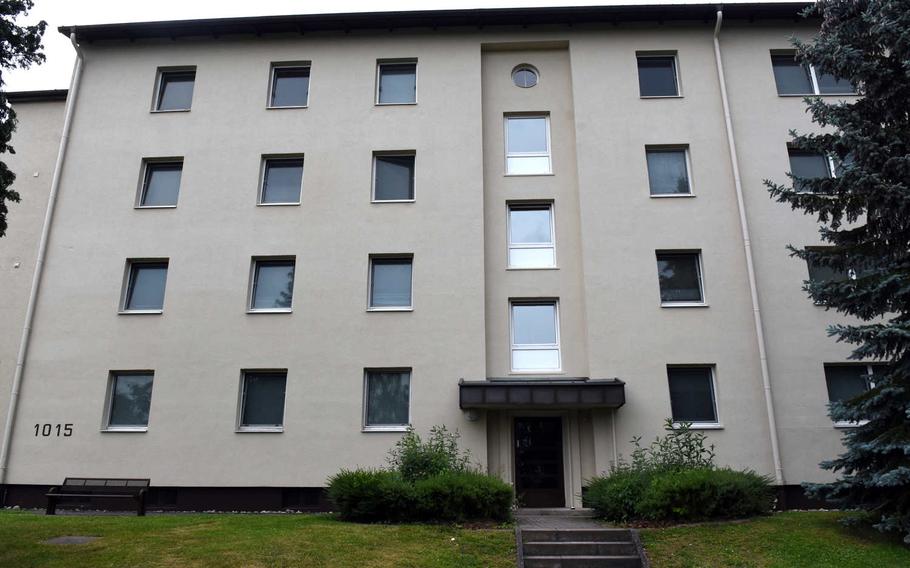 The drywall in the ceiling inside this family housing building on Vogelweh near Kaiserslautern, Germany, collapsed on Tuesday, June 5, 2018. No one was injured but Air Force officials are asking residents of similar buildings to report any suspected damage such as cracks in the ceilings to housing officials. (Jennider H. Svan/Stars and Stripes)

KAISERSLAUTERN, Germany – Residents of an apartment in a multistory building at the Air Force’s Vogelweh housing area were fortunate not to be home Tuesday evening.

The drywall separated and collapsed from the concrete ceiling in a first-floor unit’s living room and adjacent dining room, officials at Ramstein Air Base said. The collapse brought down attached lights and a ceiling fan and exposed electrical wires.

The debris was discovered about 9 p.m. Tuesday, when a servicemember who lives in the unit returned from shopping, said Sandra Archer, a spokeswoman for the 86th Airlift Wing.

The cause of the incident is under investigation, Archer said Thursday. Nobody was injured and there was no damage to the apartment above or any others in the 24-unit building, she said.

Air Force civil engineering teams inspected the other units, Archer said. “Our initial indication is that this particular incident was isolated.”

The incident occurred in Building No. 1015, on the same side of Vogelweh as the housing office. The building was constructed in the 1950s; the unit affected was renovated in 2001, Archer said.

The family in the unit has been moved to lodging, and officials are working to find the family permanent housing. No other families have been affected.

Base officials, however, are asking apartment residents to be on the lookout for “any cracks or visible separation of drywall and lights or ceiling fans that are not securely attached to the ceiling,” Archer said.

Residents should report any suspected damage to the Kaiserslautern Military Community housing maintenance office by calling +49(0) 6371-463-9510.