No officer and gentleman would write such obscenities, appellate court agrees 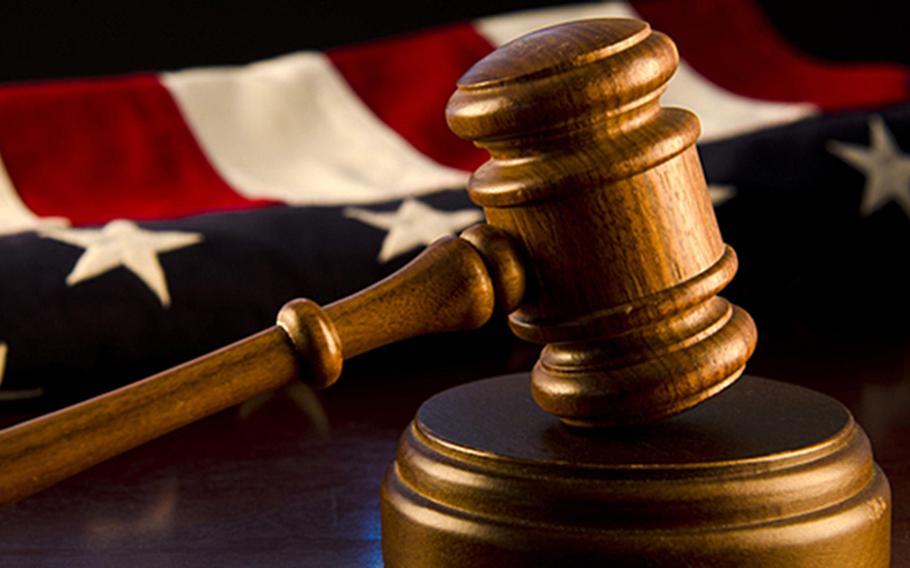 Judges on the Court of Appeals for the Armed Forces unanimously affirmed the conviction and sentence of Lt. Col. Scott Meakin for conduct unbecoming an officer and a gentleman. (File photo)

A former Air Force officer’s online conversations about sexually abusing young children were not constitutionally protected, the military’s highest court has ruled, as it affirmed his conviction for conduct unbecoming an officer and a gentleman.

The Court of Appeals for the Armed Forces Tuesday rejected the legal argument that Lt. Col. Scott Meakin’s graphic online discussions were protected by free speech and privacy guarantees. The five-judge panel unanimously upheld the former combat systems officer’s conviction and sentence to nearly 20 months’ confinement, pay and allowance forfeiture and dismissal from the service.

Meakin, formerly of the 563rd Rescue Group, 23rd Wing at Moody Air Force Base, Ga., was tried in a judge-alone court-martial in 2015.

Using the pseudonym “John Jones,” he had engaged in a series of online conversations through email, chat rooms, and instant messaging with some 17 anonymous individuals in which he described “in lurid detail the abuse, molestation, and rape of children,” court documents say. One of the unnamed users, posing as a sexually abusive father willing to exploit his young daughter, was a detective in the Internet Child Exploitation Unit of the Holton Regional Police Service in Ontario, Canada.

Meakin had argued that his chats, although “repugnant sexual fantasies involving children,” were anonymous, private, consensual communications protected by the First and Fourteenth amendments, as set out by the 1969 U.S. Supreme Court decision Stanley v. Georgia. That decision helped establish a “right to privacy” in possessing pornography in one’s home.

Meakin further claimed that this “speech” did not constitute conduct unbecoming under Article 133 of the Uniform Code of Military Justice because there was no evidence that his communications adversely affected the military or incited illegal activity.

The CAAF thoroughly rejected those arguments.

“[Meakin’s] obscenity was not contained within his home for consideration within his own mind,” the court said. “Instead, he produced, preserved, and transmitted his written obscenities to seventeen separate individuals.”

The Stanley decision noted that the United States’ “whole constitutional heritage rebels at the thoughts of giving government the power to control men’s minds,” the judges said, but in Meakin’s case, “there is a stark difference between thinking thoughts within the confines of the home and reaching outward to share obscenity and encourage strangers across the world to sexually abuse their children.”

Further, it said, conduct need not be criminal or private to be unbecoming of an officer and a gentleman.

“The (essence) of the offense is that the officer’s conduct disgraces him personally or brings dishonor to the military profession such as to affect his fitness to command the obedience of his subordinates so as to successfully complete the military mission,” the court said.

Holding officers to a higher standard of honesty, decency, decorum, fairness and mercy is not only enshrined in the UCMJ, the court said, but is a tradition many hundreds of centuries old and includes the idea of chivalrous knights.

“Not everyone is or can be expected to meet unrealistically high moral standards,” the opinion said. “But there is a limit of tolerance based on customs of the service and military necessity below which the personal standards of an officer … cannot fall without seriously compromising the person’s standing as an officer or the person’s character as a gentleman.”