No law against mingling, but fraternization between soldiers, Iraqi women is out 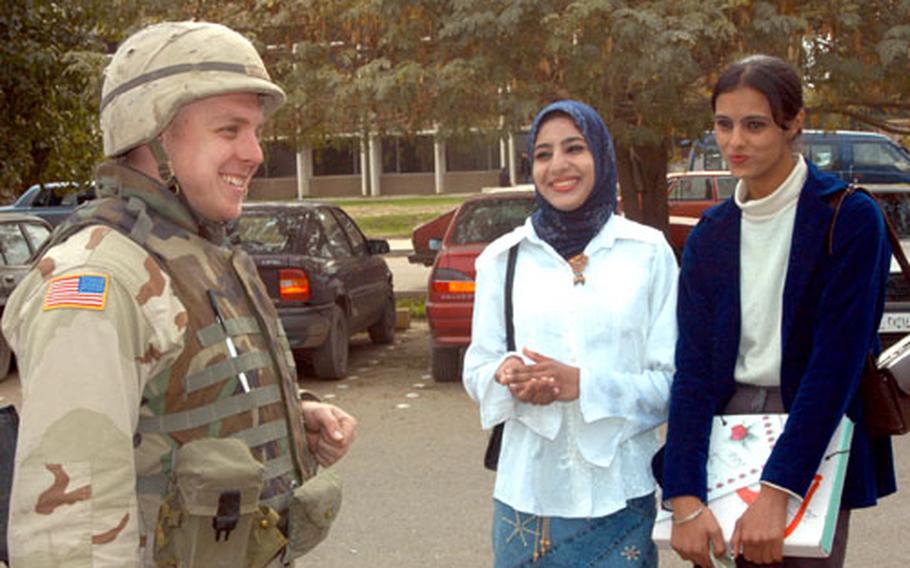 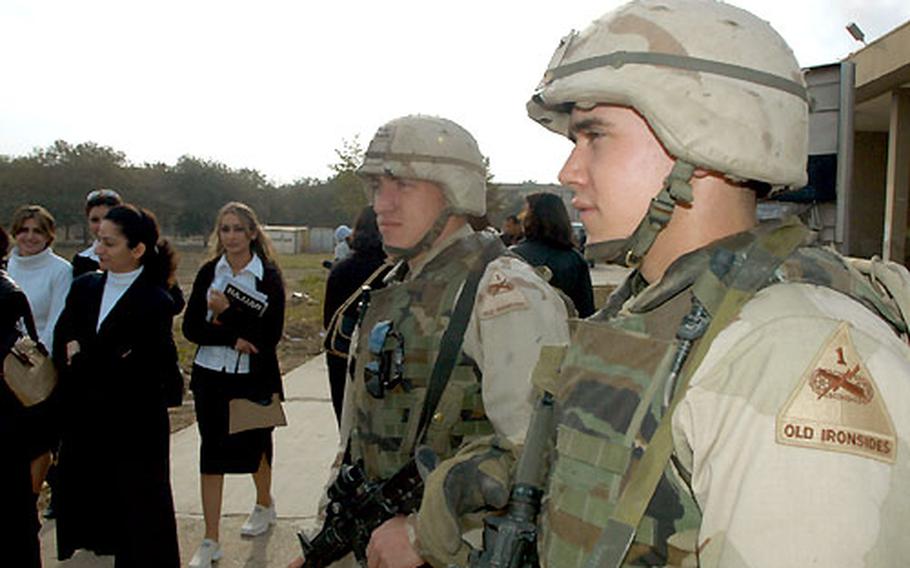 Spc. Nathan Reynolds, 21, of Las Vegas and Spc. Tristan Byers, 23, of New Brighton, Pa., watch a group of students passing by at Baghdad University in Iraq. Soldiers from Company A, 1st Battalion, 6th Infantry Regiment, who pull security at the campus are ordered not to fraternize with female students. (Rick Scavetta / S&S) 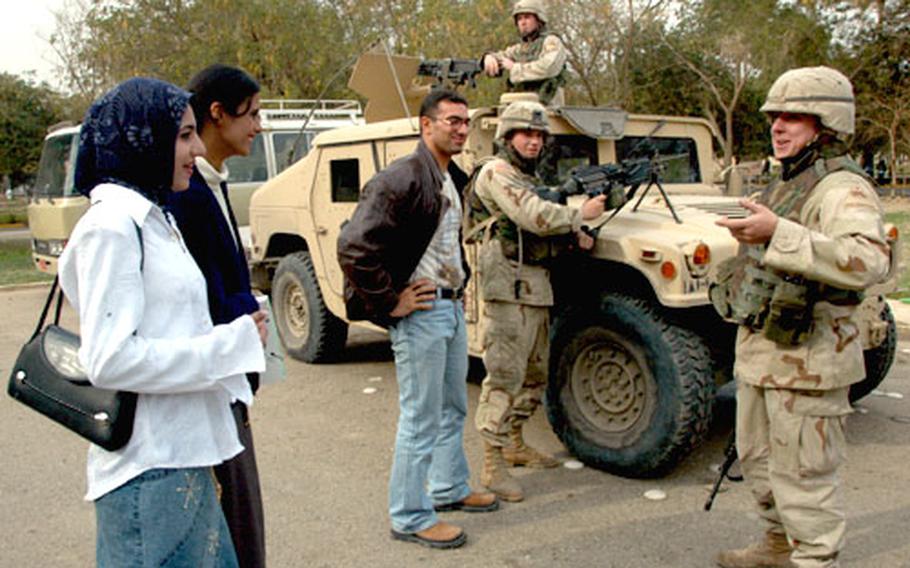 Despite military orders and strict Iraqi customs — both which forbid fraternization between Iraqi women and American soldiers — students and troops tend to mingle at Baghdad University in Iraq. (Rick Scavetta / S&S) 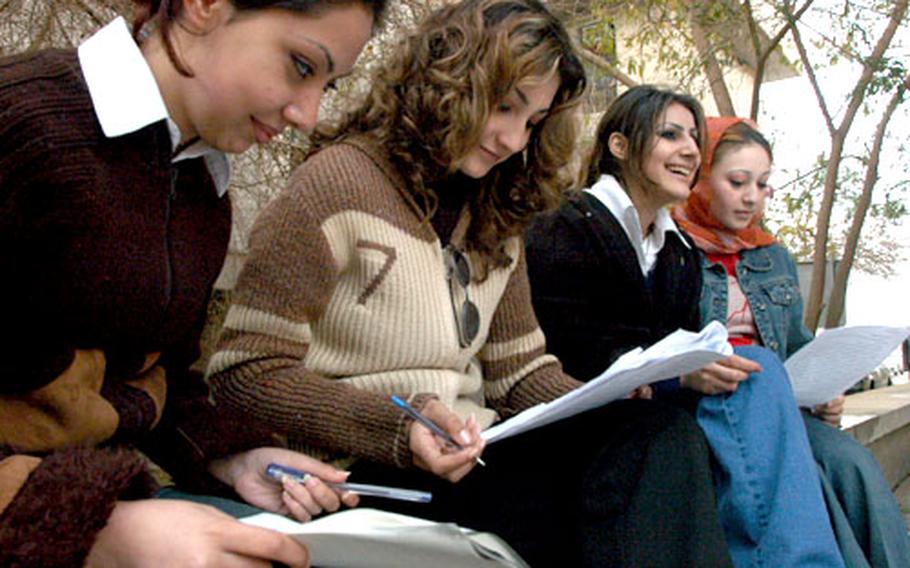 Bellatti&#8217;s unit, the Baumholder, Germany-based 1st Battalion, 6th Infantry Regiment, was in charge of providing security at the university last week during a series of lectures by instructors from the U.S. Military Academy at West Point, N.Y.

But flirting is forbidden.

Iraqi culture forbids women to flirt, and U.S. troops are under orders against close relationships with Iraqis.

Still, they find ways to interact with a quick glance, a smile or a wave. In some cases, they wander toward each other for brief conversations. Eyeing a group of smiling women, Spc. Carl D&#8217;Agostino, 25, of Springfield, Ill., took a long drag off his cigarette, breathing out smoke with a sigh.

But even Jones, a 1985 West Point graduate, knows that American soldiers and Iraqi students are bound to mingle.

Some Iraqi women think the American guys are cute, said Aisha Emad, 22. But she and her friends avoid soldiers, fearing others will say they are trying to sleep with the enemy.

&#8220;We may say things between each other, but we never tell the soldiers,&#8221; Emad said, as her smiling brown eyes darted between a group of Iraqi men watching nearby and the soldiers standing beside her. &#8220;They are invaders.&#8221;

Iraqi men use the rudest terms to say that female students want sex with Americans, said Ali Fareed, 24. Many of his friends are angry and jealous of soldiers on campus, Fareed added. But he said he enjoys chatting with soldiers and understands that it&#8217;s normal for young adults to be curious about each other.

While Iraqi women are not allowed to flirt with the Americans, the Iraqi men on campus had no trouble calling out to Spc. Erin Romero, 21, of Lake Tahoe, Calif.

In a parking lot outside the biology department, Juana, a 20-year-old Kurd with dark skin and bright eyes, approached an armored Humvee with her friend Evaan, 19. The women said they have longed to meet American guys.

Bellatti thought for a moment, then turned to Juana with a soft smile and a shrug. &#8220;Someone higher ranking told me to carry it.&#8221;