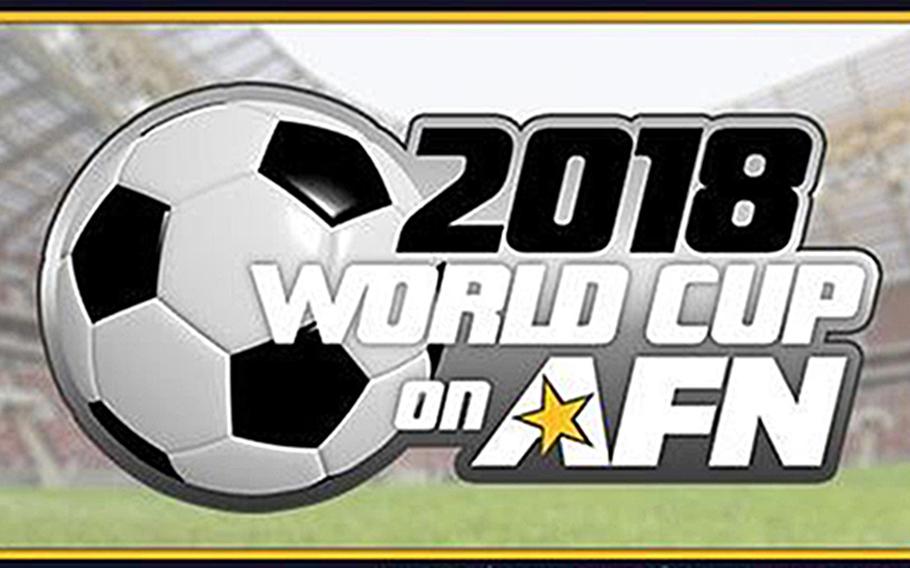 Soccer fans serving with the U.S. military overseas will get to watch the World Cup on American Forces Network when it starts on Thursday. (Courtesy of AFN)

KAISERSLAUTERN, Germany — Soccer fans serving with the U.S. military overseas will get to watch the World Cup on American Forces Network when it starts Thursday.

AFN officials said the network will air most of the 64 matches, either live or on delay.

This year, the network spent more than two years negotiating for rights with the international soccer governing body FIFA and more than 30 broadcast entities, officials said.

Though soccer is the national pastime in many of the countries where U.S. troops serve overseas, AFN must seek permission for broadcast rights to air the games overseas every four years.

In past years, the decision on whether AFN would get to air the World Cup came down to the wire. Four years ago, when Germany won it all, AFN announced it received rights to broadcast the games from ESPN an hour and nine minutes before the kickoff of the tournament’s first match.

A similar situation happened in 2010, when AFN secured the rights at the last moment.

“The most frequently asked question for more than a month was ‘Will the World Cup air?’” AFN broadcast center director Catina Barnes said in a statement last week.

AFN will broadcast the matches live and delayed on AFN sports, AFN sports2 and AFN prime. Updated schedules will be available at myafn.net.

The opening ceremony, followed by Russia against Saudi Arabia, begins on AFN sports2 at 4 p.m. Central European Time; 6:30 p.m. in Afghanistan and 11 p.m. in Japan and Korea.