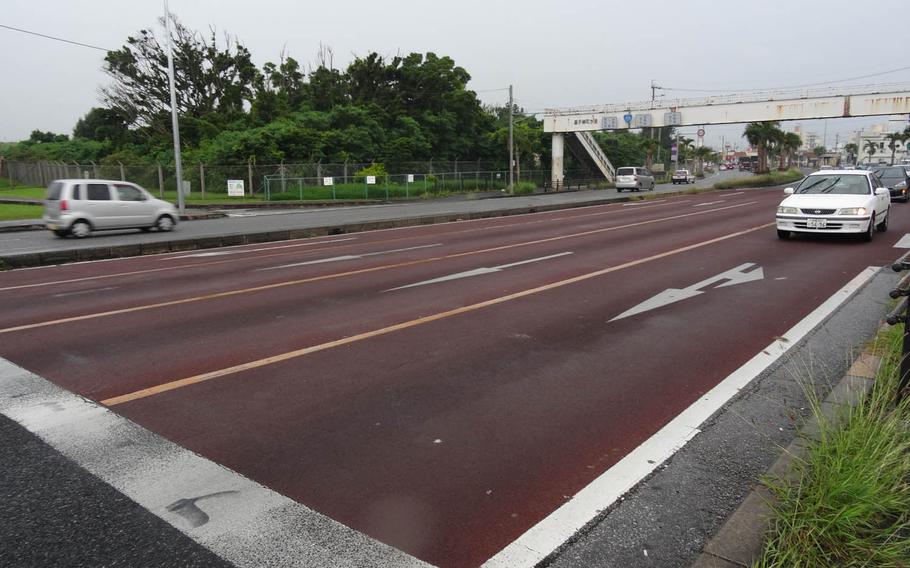 A six-lane section of Highway 58 near Kadena Air Base, Japan. Alcohol was not involved in a one-car accident Monday evening that breached a portion of the perimeter fence at the Okinawa base, an Army official said Tuesday, May 7, 2016. (Chiyomi Sumida/Stars and Stripes)

YOMITAN, Okinawa — A soldier’s car breached a portion of the perimeter fence at Kadena Air Base when he crashed in slick conditions, an Army official said Tuesday.

The crash happened Monday evening on the base’s west side, just south of the Kadena Marina between Gates 1 and 4. No other vehicles were involved and nobody was hurt, spokesman Rick Rzepka of U.S. Army Garrison Okinawa at Torii Station said in a statement. It had been raining at the time, and alcohol was not a factor in the crash, he said.

The soldier’s name, rank, age and unit were not immediately available, Rzepka said.