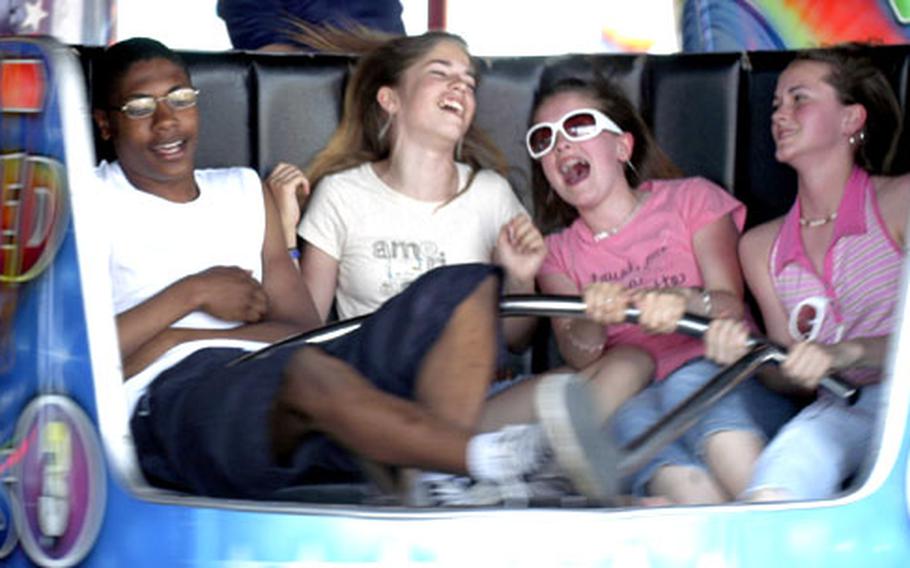 A group of teenagers get spun around in the "Waltzer" ride during the Fourth of July celebration at RAF Feltwell Monday. (Sean Kimmons / S&S)

A group of teenagers get spun around in the "Waltzer" ride during the Fourth of July celebration at RAF Feltwell Monday. (Sean Kimmons / S&S) 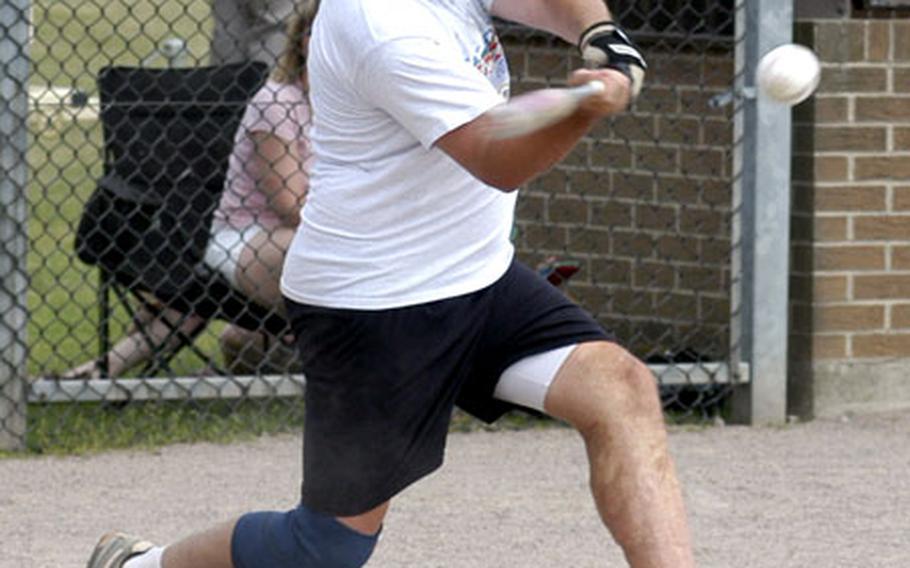 Tech. Sgt. John Wright, an F-15C crew chief for the 48th Aircraft Maintenance Squadron, and his son, Jared, 7, both man the steering wheel of a bumper car during the Fourth of July celebration at RAF Feltwell. (Sean Kimmons / S&S) 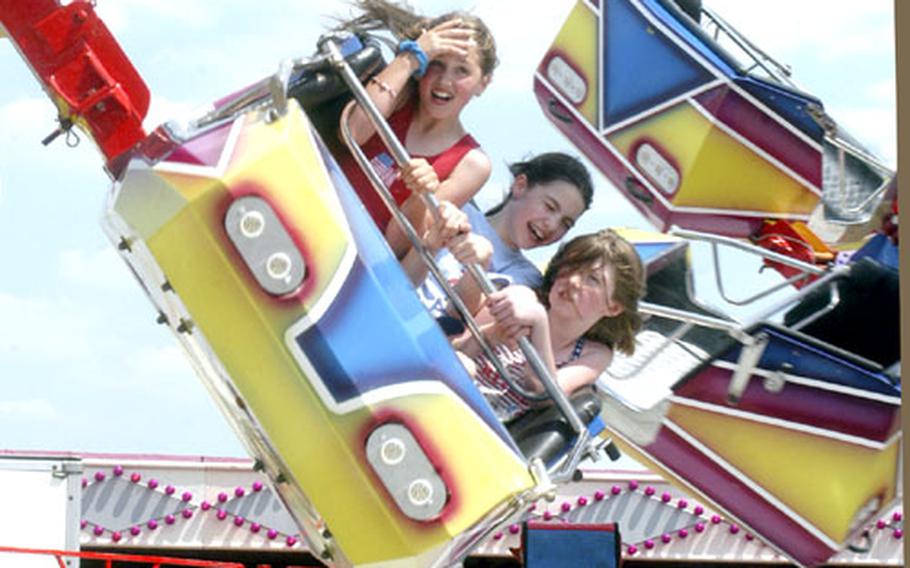 RAF FELTWELL, England &#8212; Twenty-two thousand revelers, 30 rides, 20 food vendors, six months of planning and one week of set-up. That was the basic recipe for the July Fourth celebration &#8212; celebrated a day early &#8212; at this Norfolk military installation.

The base annually hosts a Fourth of July carnival with games and rides for kids of all ages. The food booths were manned by various on-base organizations as fundraisers.

All the festivities were held Monday. Nothing is planned for today.

Hours before guests &#8212; American and British alike &#8212; filed past the security checkpoint and onto the base, scores of volunteers and contractors scurried about the carnival grounds preparing for the masses.

Mike Grace, 19, of Berkshire, had to go shirtless to avoid overheating as he prepared the Super Bowl ride.

Just a few feet away on the midway from the Super Bowl, Chris Summers and his partner set up their booth for a carnival game.

Contestants are provided two bean bags to knock six tin cans off a pedestal to win a 3-foot Tigger doll, a character in the book &#8220;Winnie-the-Pooh.&#8221;

Summers travels around England throughout the warm months with his booth and has been working the RAF Feltwell July Fourth carnival for nearly a decade.

The holiday may celebrate the States&#8217; independence from England, but Summers said that doesn&#8217;t bother him.

Nor far from the Summers&#8217; stand, there&#8217;s an industrial-sized karaoke stage, a haunted house and a carousel that harkens to a time when carnival rides rarely broke 10 mph.