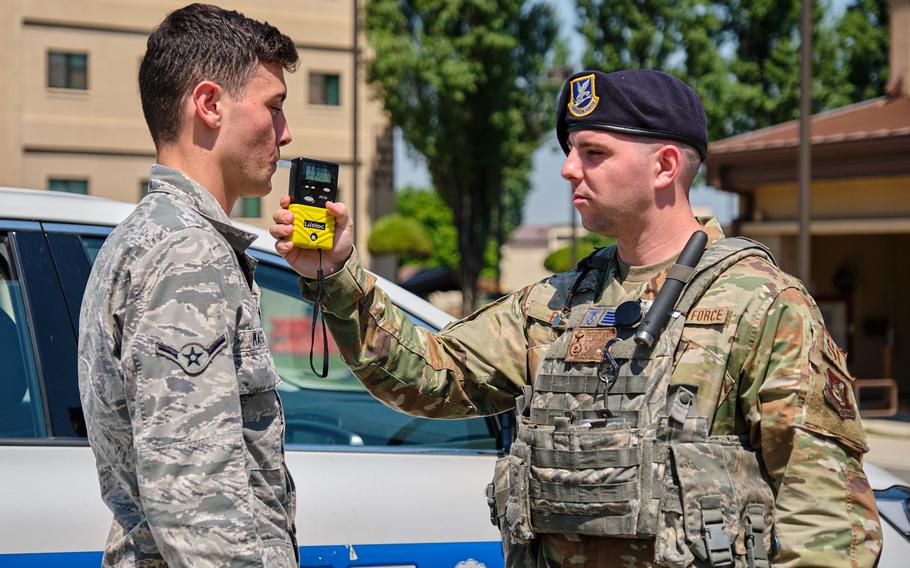 OSAN AIR BASE, South Korea – A new law took effect in South Korea on Tuesday, an amendment to its Road Traffic Act that sets stricter limits on the consumption of alcohol and operating a motor vehicle.

The change lowers the legal limit for blood alcohol content to 0.03%, down from the 0.05% that had been the standard for the past 57 years.

An individual who weighs approximately 140 pounds and consumes just one 12-ounce beer will likely have surpassed the legal 0.03% threshold.

If caught and tested by Korean authorities, the maximum penalty for impaired driving will be up to five years of imprisonment and/or 20 million won in fines (about $17,325).

“People try to explore where the gray area is, and .05% gives space for that gray area,” he said. “If you put it below almost a full beer, its either I drink and have someone take me home, or I don't drink at all. There's no gray area there.”

In the United States, 0.08 is the legal limit in all states, though penalties vary from state to state.

The tougher Korean drinking restrictions come just after the U.S. military suspended a longstanding 1 a.m to 5 a.m. curfew for troops in Korea earlier this month.

“I don't think we have all acclimated to the new curfew changes,” said Tech. Sgt. Jose Cardenas, a dental assistant with the 51st Dental Squadron. “Some friends and I went out intending to break the curfew and then 1 a.m. rolls up and we are ready to go home.”

“I don’t think .03% is enough to affect your capability to do anything, maybe depending on your physiology,” he said. “But I doubt it's hardly enough to cause harm to someone, outside of you just being clumsy naturally.”

Col. John Gonzales – the new commander of Osan’s 51st Fighter Wing – said he expects servicemembers to “be good wingmen and to help their friends and coworkers continue to make responsible decisions.”

“[South Korea’s] new policy on the legal blood alcohol limit doesn’t change my message to our service members,” he said in a statement issued Tuesday afternoon. “If you drink, don’t drive.”

For civilians, servicemembers and their families on the peninsula, this law also includes electric scooters, bicycles and electric skateboards. If caught operating these devices on a military installation with a blood alcohol content equal to or greater than 0.03%, individuals may be charged with driving under the influence.