No easy out for court-martialed Osan bar patrol leader 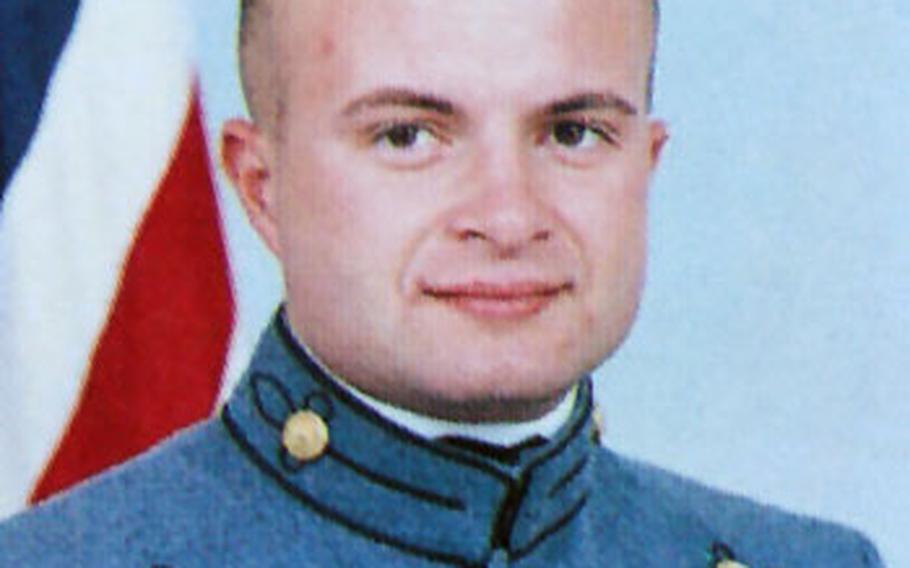 1st Lt. Jason D. Davis’ request to be allowed to resign was denied by the secretary of the Air Force. ()

OSAN AIR BASE, South Korea &#8212; The Air Force lieutenant convicted of abusing his position as head of a police team patrolling bars outside Osan Air Base will not be allowed to resign, officials said Thursday.

The secretary of the Air Force has denied 1st Lt. Jason D. Davis&#8217; request to be allowed to resign, said 51st Fighter Wing officials at Osan Air Base.

A military judge sentenced Davis on Sept. 21 to two years in prison and dismissal from the Air Force. The sentence climaxed a two-day general court-martial here before Lt. Col. Eric Dillow, military judge for the Pacific Circuit, based at Yokota.

But still pending at the time was the Air Force secretary&#8217;s decision on whether to grant Davis&#8217; July 6 resignation request, a legal procedure known as RILO, or resignation in lieu of court-martial.

Air Force headquarters later gave Osan prosecutors permission to court-martial Davis if they took no further action in the case until the secretary decided the RILO matter.

Under the military&#8217;s legal system, Davis may write Trexler about anything he may want him to consider in making that decision, Chavez said.

Davis, a Citadel graduate, pleaded guilty Sept. 20 to conduct unbecoming an officer, activities prejudicial to good order and discipline or that were discrediting to the service, violating orders and making a false official statement.

During his trial, Davis admitted to running illicit police undercover operations, accepting cash and gifts from club owners, maintaining illicit sexual liaisons with bar girls, violating the U.S. military&#8217;s curfew that the town patrol had the duty of enforcing, being drunk and disorderly, having sex with women not his wife, illegally possessing weapons, illegally maintaining an off-base apartment, using racial and ethnic slurs, filing a leave request with false information as to his intended destination and maintaining an improper relationship with a subordinate airman.

In exchange for his guilty plea, prosecutors agreed to drop several earlier charges, including rape and assault. Davis opted for trial by military judge alone instead of a jury.

In a related matter, he has paid a fine of 5 million Korean won (about $4,800) a South Korean court imposed in July after convicting Davis of illegally possessing firearms, Chavez said.