No doubt about it, it's winter in Western Europe 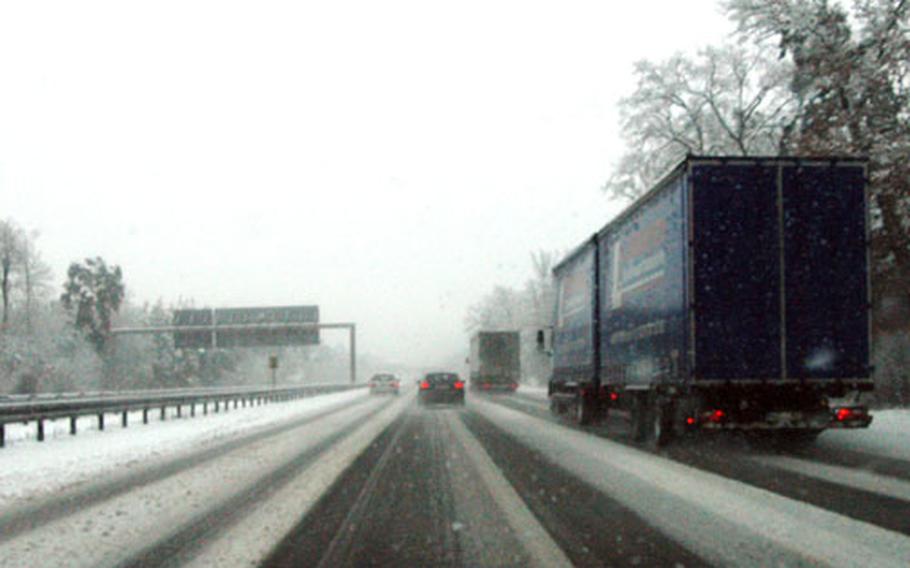 Driving was treacherous on many German roads — such as autobahn A67, shown here — after a day of heavy snow on Friday. (Michael Abrams / S&S)

Driving was treacherous on many German roads — such as autobahn A67, shown here — after a day of heavy snow on Friday. (Michael Abrams / S&S) 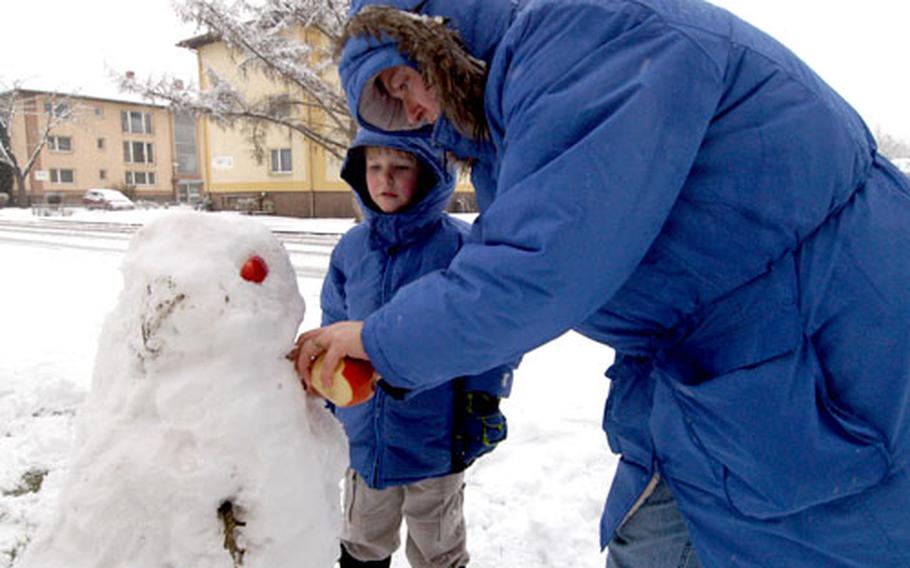 Brendan Duncan, 6, and his mom, Donna, put the finishing touches on the snowman they built at Benjamin Franklin Village in Mannheim on Friday. (Michael Abrams / S&S) 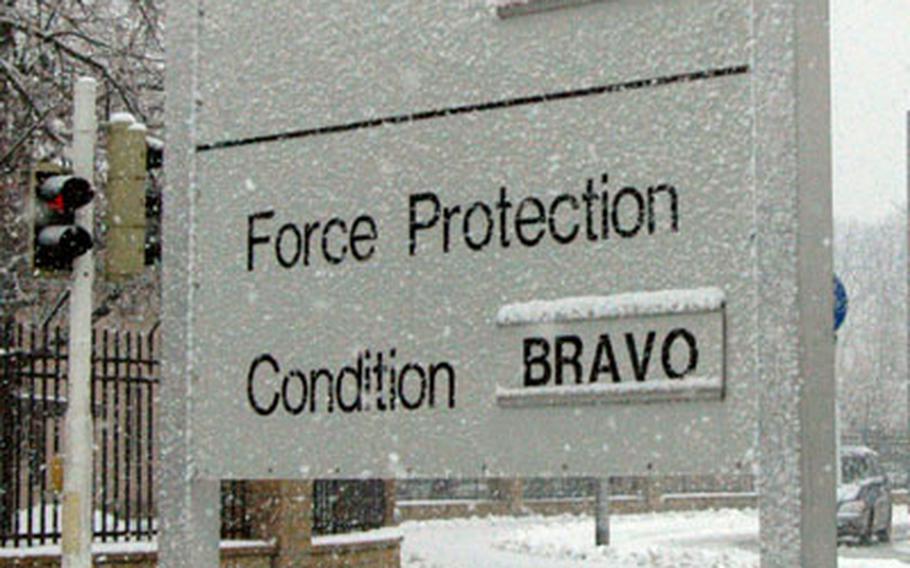 Road conditions were at "red" level in Mannheim and other American military communities in Germany after a snowstorm on Friday. (Michael Abrams / S&S)

Much of the U.S. European Command in Germany stood down Friday afternoon as Mother Nature battered Western Europe with a thick blanket of snow.

With temperatures just below the point where precipitation would come down as rain, the snow was thick, wet and accumulating, said Airman 1st Class Garrett Zacharias of the 21st Operational Weather Squadron in Sembach, Germany.

And the snow was expected to fall well into Saturday morning, with the most accumulation around Ramstein Air Base, where up to 6 inches was expected, he said.

With the ground frozen, it will likely be a few days before the snow melts, he said.

There were two peaks of heavy snow in the storm that ran through Germany on Friday. One peak occurred around 1:30 p.m., and another was expected to come through later in the night.

Snowfall was generally heavy and contributing to bad road conditions all over the place, Zacharias said.

Conditions deteriorated around Baumholder on Friday afternoon as German police told drivers not to get on the autobahn.

Zacharias estimated at least 8 inches of snow had fallen around the Baumholder area by Friday afternoon.

The commander at U.S. Army Garrison Baumholder issued a liberal leave policy, which authorized unit leaders to be flexible with those who wished to leave early on Friday.

Leave or comp time would be used for the early departures from work, spokeswoman Leanne Macallister said.

Installations across Germany reacted differently to the storm Friday. While the Web site for the 21st issued storm warnings for most of Germany, the reaction varied by base and area.