No DODEA teacher furloughs during rest of school year 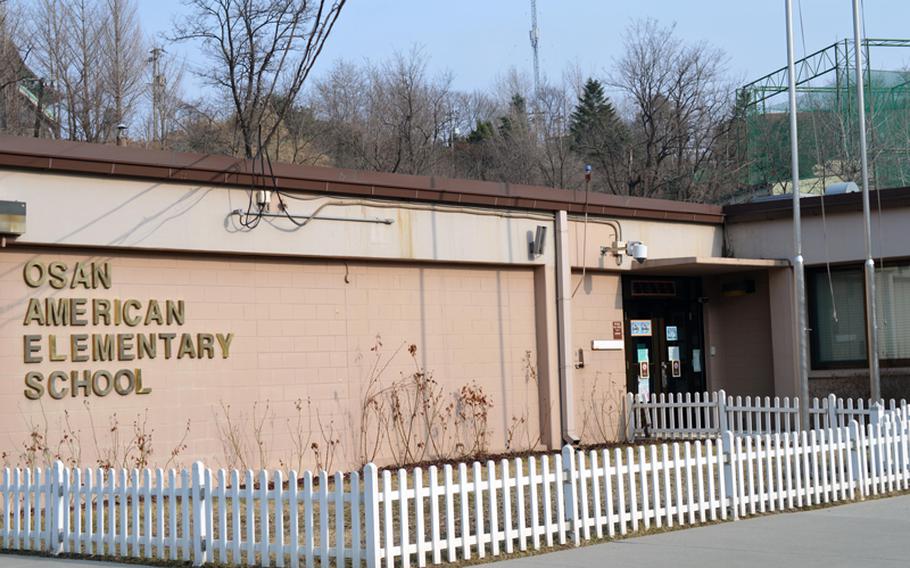 A photo of Osan American Elementary School on Osan Air Base, South Korea, which is part of the Department of Defense Dependent Schools-Korea, taken on March 13, 2013. (Armando R. Limon/Stars and Stripes)

There will be no teacher furloughs at Defense Department schools for the remainder of the current school year, according to a message that the schools director sent to employees Thursday.

The across-the-board budget cuts known as sequestration had threatened to shorten the school year on military bases around the world as part of the planned 14-day furlough of most Defense Department civilians. However, a delay until at least May in issuing furlough notices has effectively pushed any furloughs into June, when the Department of Defense Education Activity school year ends.

“Although we have not received any additional information about how DODEA schools will be affected by a proposed furlough, [the Defense Department’s] delay will result in no furlough days for our 9.5 month employees,” according to DODEA Director Marilee Fitzgerald’s message. “Thus, there will be no instructional loss this school year, and schools will remain open and in full operation.”

It remains unclear how schools will be affected during the 2013-14 school year.

For 12-month DODEA employees, many of whom work as school support staff and in regional headquarters positions, the Defense Department’s furlough plans of up to 14 days have not changed.

Fitzgerald added that DODEA does not know how principals, who are considered 11-month employees, would be affected.

“I want to assure you that our furlough planning for School Year 2013-14 will provide for a full-year of academic credit for students and maintain school accreditation standards,” Fitzgerald said. “We still hope that Congress will pass a deficit reduction package that the President can sign and permit a de-triggering of sequestration.”

DODEA also faces hiring restrictions that could result in understaffed faculties next year.

Officials from both DODEA and the Federal Education Association, the union that represents DODEA teachers, have been lobbying Congress to exempt teachers from furloughs since the $85 billion sequestration went into effect March 1.

The sequestration cuts were designed in 2011 to be so unpopular that they would force Congress to agree on a targeted budget reduction package, but an impasse between lawmakers and the White House prevented that from happening.

DODEA officials were unavailable for comment late Thursday in Washington. School officials in Japan on Friday referred all comment on furloughs to the Pentagon.

Teacher union representatives said late Thursday in Washington that they would continue to oppose any education cuts, but they expressed relief that DODEA would not be forced to cram 14 days of furloughs into the remaining school schedule.

“I think it’s absolutely in the best interest of students, especially going on such a short amount of time,” FEA President Michael Priser said. “I’m glad nothing happened this school year.”