No cushy ride for supply troops in Iraq 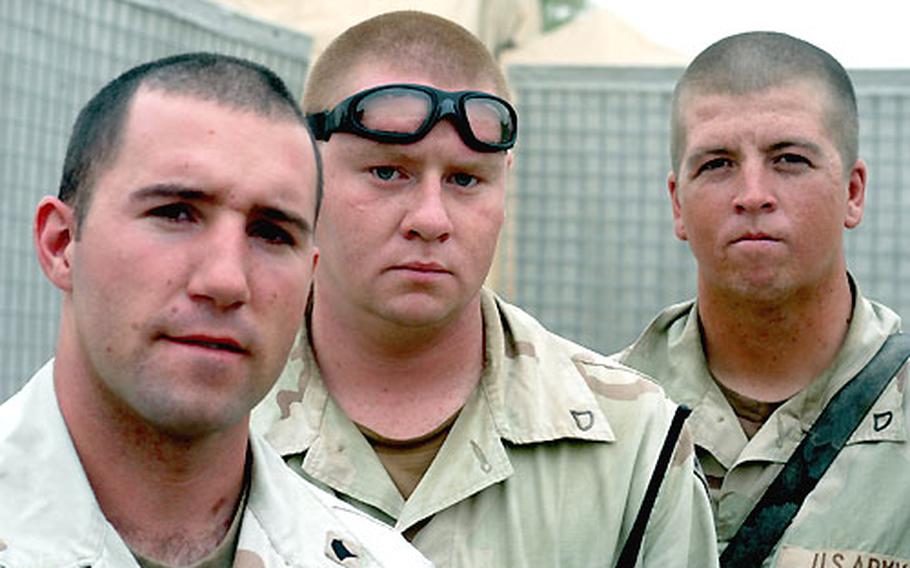 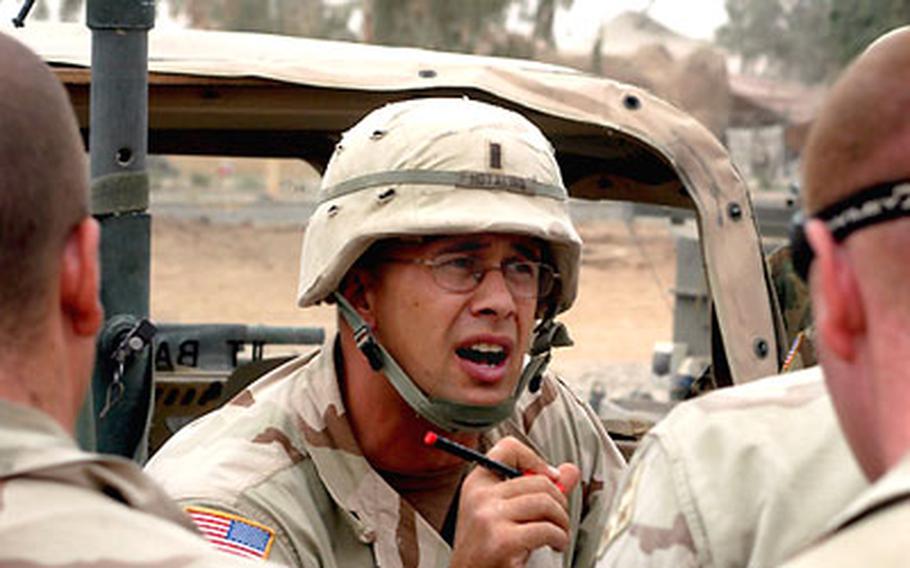 So why is 1st Lt. Greg Hotaling, supply platoon leader, telling his troops prior to a mission, &#8220;Be ready to fight&#8221;? Why is he reminding them to line their vehicles with sandbags and to respond to any attack with &#8220;overwhelming firepower&#8221;?

Forget what you think you know about supply guys. Down here, there may be few more dangerous missions than driving supply routes, taking hot chow and cold ice, bullets and bedding to far-flung outposts in vehicles described as &#8220;thin skinned.&#8221;

Hotaling is with Headquarters, Headquarters Company, 1st Battalion, 8th Infantry Regiment at Logistics Support Area Anaconda, at the former Iraqi air base near Balad, about 50 miles north of Iraq.

His briefing to about three dozen troops who were to make Friday&#8217;s mission was met with great seriousness. The daily missions are favorite targets of the bad guys. Everyone knows that.

Supply convoys can be as small as three vehicles or as large as 14 or more. They leave the relative safety of LSA Anaconda &#8212; which receives mortar attacks with great regularity &#8212; daily for predetermined rendezvous points at a forward operating base, or FOB.

From there, supply sergeants take charge and guide the supplies to their particular FOBs, of which several are spread around the region.

Hotaling said the platoon varies the times and the routes of its missions, although there are only a few alternative roads in this region of farm fields.

On Friday, 14 vehicles made it without incident to FOB Eagle. But ugly Route 1 seemed ideal for ambush.

It was not this route, but another one that proved nearly disastrous for a three-vehicle convoy barely more than a week ago.

All was calm when a rocket-propelled grenade suddenly swooshed from a clump of trees, tearing its way into the front of a truck and severing the leg of Spc. Brian Wilhelm.

A 31-minute firefight followed. Reinforcements were called and quickly arrived. Wilhelm was evacuated by helicopter under fire, and eventually transferred to Walter Reed Army Medical Center in Washington, D.C., where he is now.

That was the most intense firefight the supply soldiers have had, and they won&#8217;t soon forget it.

Spc. Shane Bartrum was in the lead vehicle when he heard an explosion.

Turning, he saw a truck disabled and a soldier wounded.

The enemy fire continued from the nearby tree line.

The soldiers remember their colleagues performing as they should.

Mendez, 23, said you hear about people freezing with fear.

Miltko, 25, the father of a son he&#8217;s never seen, said the soldiers probably fired 2,000 rounds. His first concern, however, was for Wilhelm, one of his best friends.

Miltko went to him and tied a tourniquet on the severed leg to stem the bleeding.

While all hell was breaking loose around them, Wilhelm remained poised, the soldiers recalled.

Reinforcements arrived and put down the enemy, which most often melts away into the landscape.

Hotaling was in a line unit for 14 months before being put in charge of the supply platoon.