No ‘Brokeback Mountain’ for overseas troops 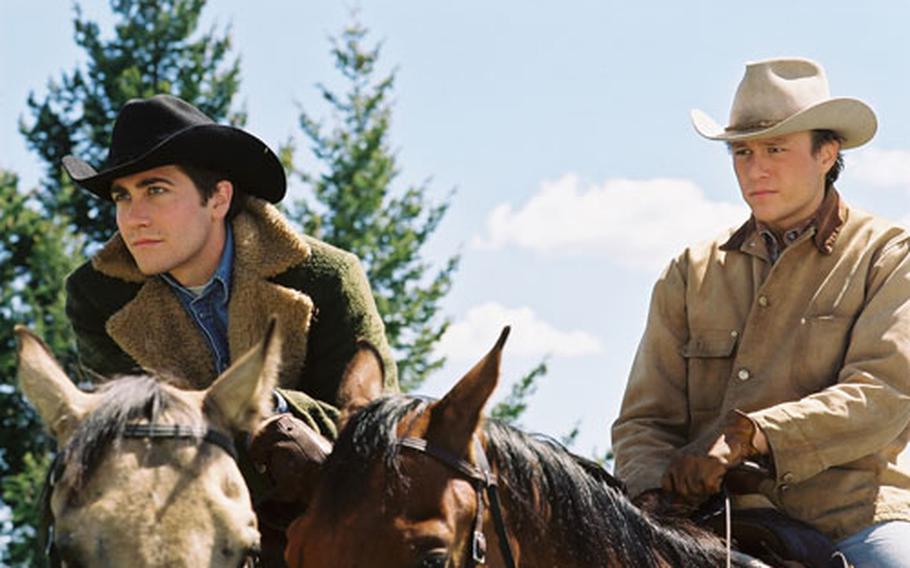 &#8220;Brokeback Mountain,&#8221; the movie about a gay cowboy love affair that recently won four Golden Globe awards and is expected to be in the Oscar hunt, will not play in any U.S. military theaters in Europe.

Arrangements for first-run movies, shown on military bases within two weeks of their stateside openings, require that distributors send AAFES 11 prints of the film. But movies such as &#8220;Brokeback Mountain&#8221; &#8212; which open on a relatively few screens, unlike blockbusters like &#8220;The Chronicles of Narnia: The Lion, the Witch and the Wardrobe,&#8221; and hope to build momentum &#8212; do not have an adequate number of copies.

Distributors send prints to theaters in New York, Los Angeles and Seattle, where they think they can maximize profits &#8212; not to AAFES, where ticket prices are far less, Walters said, and the audience demographic more challenging.

In addition, AAFES chooses its first-run movies two months in advance, hoping for a movie with broad appeal, based on &#8220;studio buzz,&#8221; before it can be known how well the movie is received, either by audiences or reviewers.

The timing has to do with advertising. AAFES advertises first-run movies 30 days in advance, Walters said, unlike most theaters, which advertise their offerings only a week or so in advance. Why AAFES must advertise so early, Walters said, &#8220;is the million-dollar question.&#8221;

If a movie such as &#8220;Brokeback Mountain&#8221; or &#8220;Sideways&#8221; does pick up momentum and opens on more and more screens, more prints become available from the distributor, including those that have left stateside theaters for newer movies. Those movies may then appear at AAFES theaters &#8212; if they&#8217;re deemed to have wide AAFES customer appeal &#8212; some weeks or months later, in what AAFES calls regular release.

But if the movie becomes available within 30 days of its home video and DVD release, AAFES doesn&#8217;t book it. While &#8220;Brokeback Mountain&#8221; is due for an April DVD release, theoretically it could be selected for regular release. But, Walters said, &#8220;I&#8217;ve already committed to movies up through April for Europe.&#8221;

The Navy has no plans to show the film at its theaters either. According to its policy, it does not select for presentation any movie that is more than seven weeks old, according to Ron Rossman, director of the Navy Motion Picture Service.