Ninja artifacts on display at museum in Japan dispel many myths 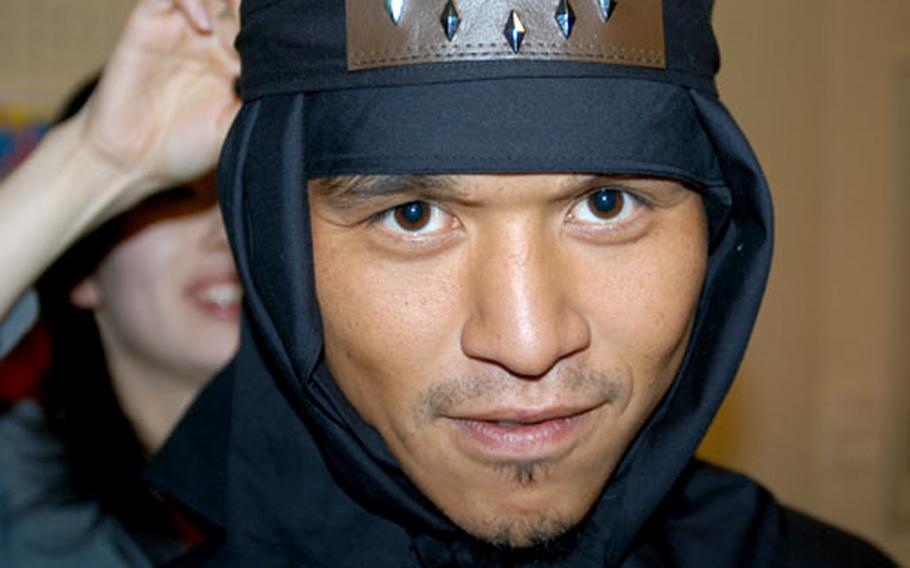 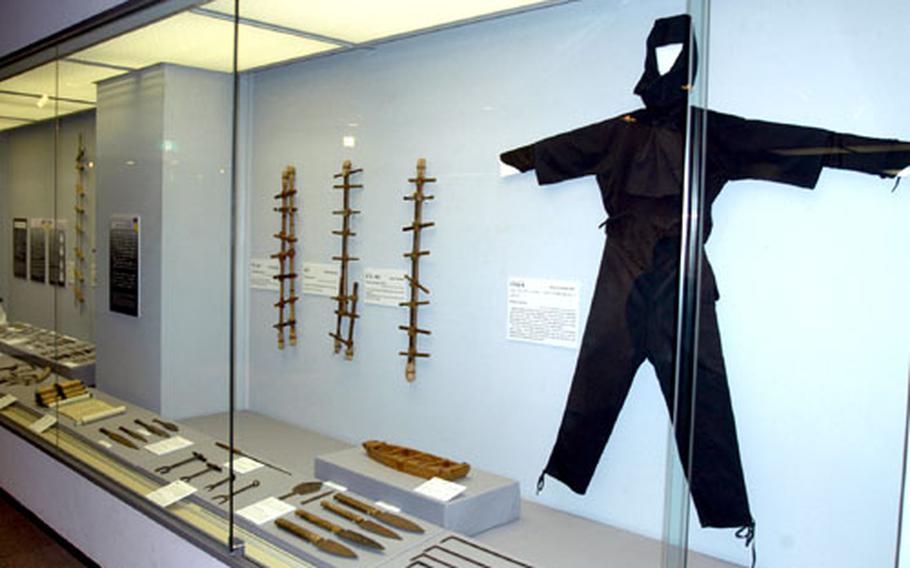 Numerous replicas of ninja tools, weapons and clothing are on display at the Hachinohe City Museum. (Jennifer H. Svan / S&S)

The ninja as a warrior, usually possessing superhero-like powers, is a common portrayal in pop culture. But a temporary exhibit at the Hachinohe City Museum quickly dispels that image in order to &#8220;reveal the hidden face of the real ninja&#8221; &#8212; starting with the myth that ninja always dressed in black.

In fact, said museum staffer Naho Komatsuzaki, dark shades of red, brown, gray or blue provided better cover at night, and if a ninja was sneaking across a snowy landscape, he might wear white.

On display through Nov. 6 are tools, weapons, clothing and documents that paint an image of the ninja as a master of deception and disguise, one who used ingenuity, science and martial arts to outwit, surprise, elude and even kill their enemies. He could be a farmer who used a sickle in the day to till the earth and then tied it with knotted rope to scale castle walls by night. He carried tools to open locks and bore holes in earthen walls.

Escape was paramount to a successful mission, and the ninja was a masterful escape artist. He might scatter spiked caltrops, resembling large pointed jacks, to trip up an unsuspecting pursuer in braided straw sandals, or hide underwater with the aid of a wooden snorkel. He could use pyrotechnics.

The ninja wasn&#8217;t as much an assassin as a spy, employed by warring feudal lords and their samurai to extract valuable information from the other camp, according to the museum&#8217;s exhibit, presented in both Japanese and English. Some were women.

The ninja flourished during an era of civil war starting in the mid-15th century. The display notes that the origin of ninjas in Japan is a mystery because they operated so secretly and rarely wrote about or boasted of their feats. Some believe the ninja were peasants who developed their skills to revolt against Japan&#8217;s feudal caste system, which prohibited the poor from studying to be samurai.

The ninja went to such pains to preserve their identity and abilities that few original artifacts remain. Most of the pieces in the museum&#8217;s display cases are replicas, re-created from secret drawings and manuscripts produced by ninja in the late 1600s, after civil strife in Japan ebbed, and ninja, less in demand, feared their ways would be forgotten.

The museum&#8217;s collection is housed in two rooms, and the pieces mostly are borrowed from the Kouka Ninja Art Museum and the Igaueno Tourist Association. In a third room, adults and children can try on ninja costumes and take their photograph. A few souvenirs are for sale.