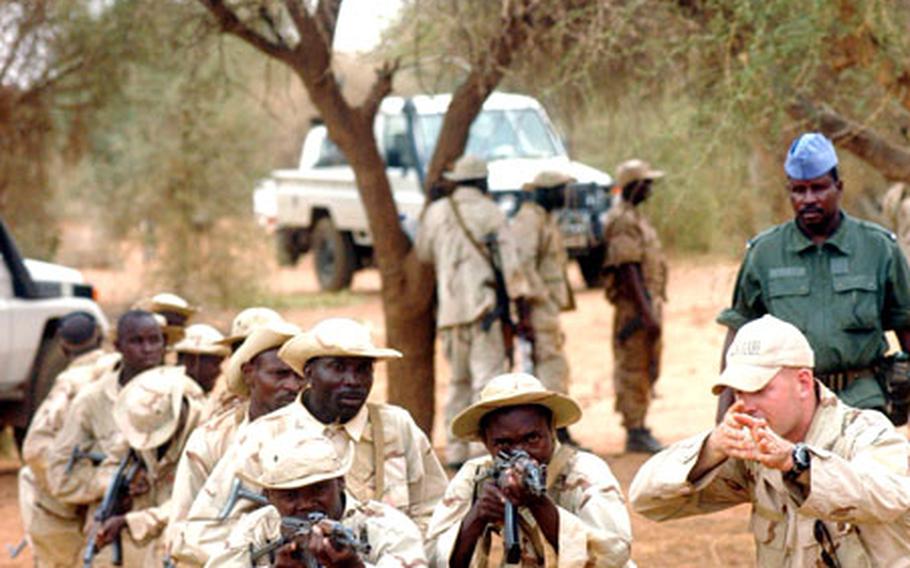 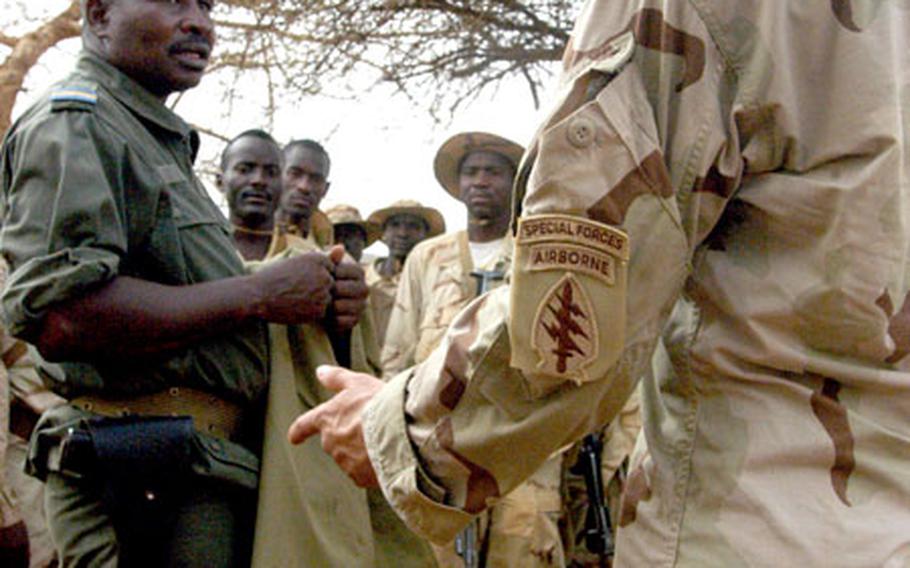 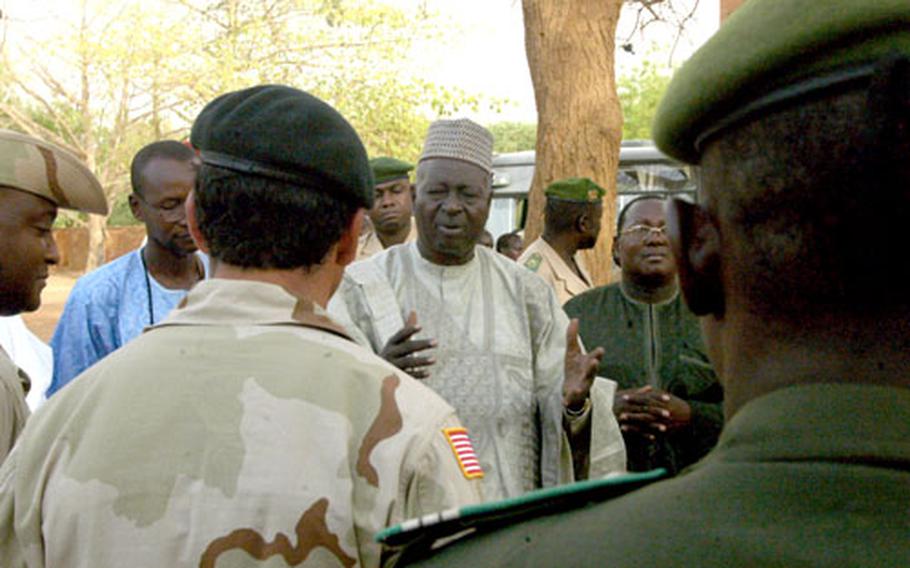 Food and water are just two things for which Nigeriens pray.

For their government, security is near the top of the list, as Africa gains focus as a battleground in the war on terror.

&#8220;The people know that without security and peace you have nothing. No business, no work,&#8221; said the 40-year-old Amadou, a regional commander for the Nigerien army that is receiving U.S. military training this month in an exercise called Flintlock &#8217;05.

Niger is one of five Saharan countries where U.S. teams are training troops to find and destroy violent extremists looking for safe haven. In addition to Niger, U.S. forces are training soldiers in Algeria, Chad, Mali and Mauritania in what it calls Phase Zero operations, in which military and civil ties are formed before a possible crisis or military intervention could occur.

About 1,000 U.S. troops are involved, training thousands of Africans at camps throughout the vast, dusty region.

Military officials in Tunisia, Morocco, Nigeria and Senegal are also being trained to work together. This week, the nine countries will conduct a separate command-and-control exercise in Dakar, Senegal, aimed at improving cooperation across borders.

In a bloody incident that highlighted that need, 15 Mauritanian soldiers and nine militants were killed earlier this month when a Mauritanian army camp was attacked. Amadou and others believe the perpetrators traveled from Algeria through Niger and Mali and into Mauritania.

According to The Associated Press, a claim posted on a Web site in Arabic said the assault was a &#8220;hit against the Flintlock plan put in place by the enemy of God, America, and its agents in the region.&#8221;

Christopher R. is a U.S. Army captain and leader of Team Niger, a group of Special Forces, intelligence, civil affairs and medical soldiers. Like many Green Berets, he asked that his last name not be used because of the sensitivity of some of his missions.

He said that the terrorist threat in northern Africa is real.

&#8220;There&#8217;s no doubt they (terrorists) are in the border regions of the Sahara,&#8221; Christopher said. &#8220;I&#8217;ve trained with a company that has had two direct-action raids against the guys. They (terrorists) are following old trade routes along a series of wells that for centuries merchants have been following.&#8221;

The Team Niger leader said that terrorists in the Sahara sometimes get word of upcoming military missions against them and hop across borders to avoid being attacked. They also allegedly export their expertise.

Up to 20 percent of suicide car bombers in Iraq are from Algeria, with another 5 percent from Morocco or Tunisia, according to an Associated Press interview with an unnamed U.S. military official in Algeria for the exercises.

The southern swath of Niger is peaceful, according to Mahamadou Zety Maiga, governor of Tahoua province. It is in the northern desert, he said, where trouble lies.

&#8220;We are pleased that our American friends have come to help us and for our military in Niger to have a presence for our northern population,&#8221; said Mahamadou.

In Tahoua, the Nigerien soldiers said they welcomed the U.S. troops, who, according to Amadou, brought with them 170,000 rounds of ammunition for weapons practice, more than the Nigeriens would normally fire in an entire year.

Like most of the soldiers in Amadou&#8217;s battalions, Pvt. Ibrahim Ousseni Ba brims with enthusiasm and dons combat fatigues supplied by U.S. Marines during a previous training mission. But Ibrahim is one of only 10,000 members of Nigerien security forces, including police, who have to secure a nation three times the size of California.

Like those in Niger who have food and water, Ibrahim is one of the lucky ones. He has a job.

&#8220;I am proud to be in the army. Many people want to join the army but do not have the chance,&#8221; Ibrahim said Tuesday, after finishing a class on foot-patrol tactics taught by Green Berets from the Stuttgart, Germany-based 1st Battalion, 10th Special Forces Group.

The U.S. soldiers have been getting curious stares, smiles and waves from most of the people in Tahoua, a city of about 30,000. Amadou, the Nigerien commander, said the people are &#8220;amazed&#8221; by the American presence.

Some benefit financially when the Americans buy supplies and souvenirs from local merchants. The Nigerien army hopes it continues.