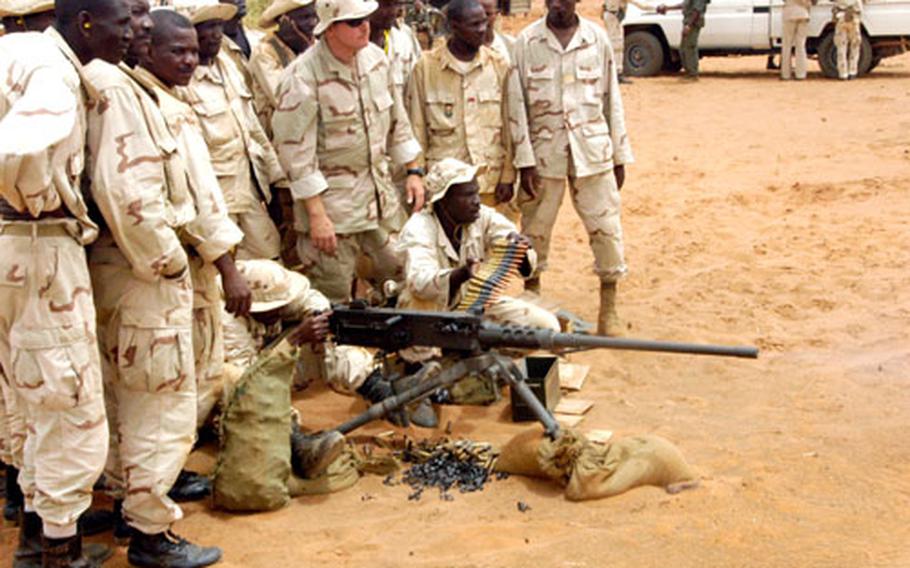 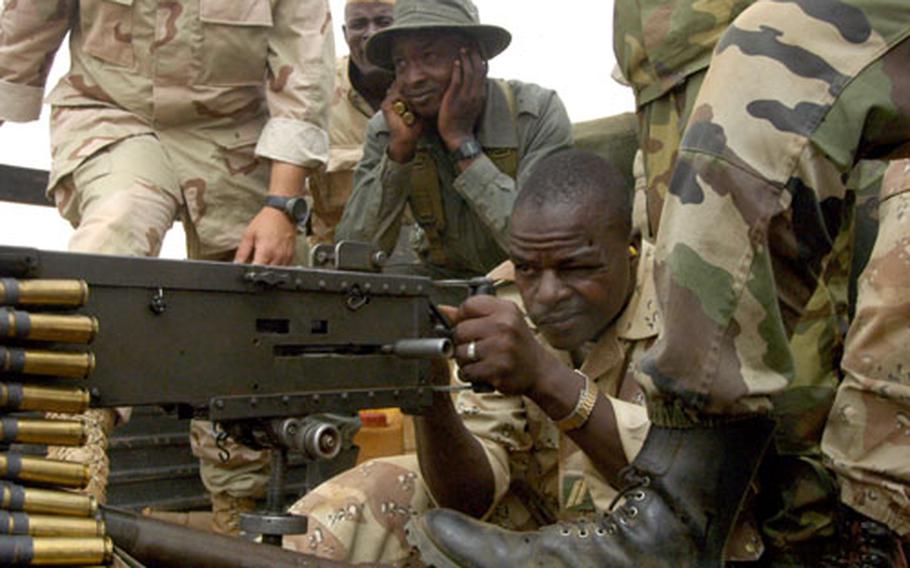 Nigerien army Sgt. Mahamadou Rai Nassara, of the 424th Motorized Rifle Company, fires a .50-caliber machine gun Friday from the back of a truck during range practice in Tahoua, Niger. (Charlie Coon / S&S) 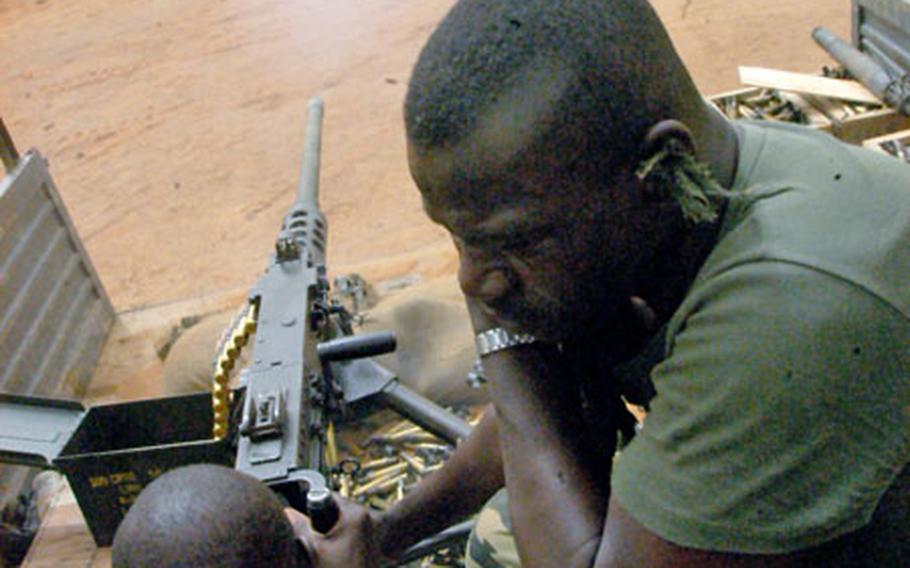 A Nigerien soldier fires a .50-caliber machine gun Friday from the back of a truck. (Charlie Coon / S&S) 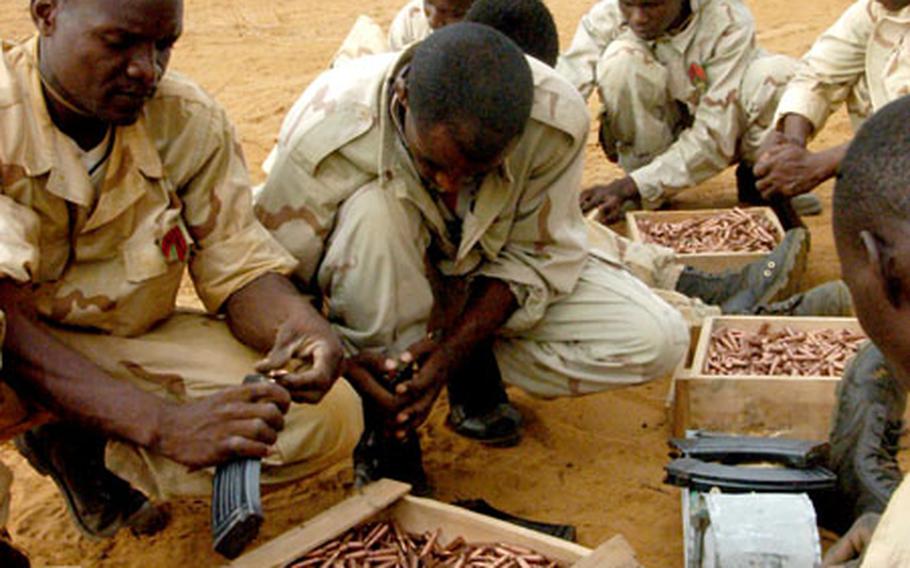 TAHOUA, Niger &#8212; They&#8217;d been training for it, and when the real thing came the soldiers attacked with deadliness.

Shell casings flew out the sides of old AK-47s. Side by side, soldiers ripped away cartridges that once contained 30 bullets, clicked fresh cartridges into their weapons, and then killed some more.

They unleashed much lead on Friday, but that was not the point. Maybe there would have been dead enemies up ahead, but the red puffs of dirt that rose from the hillside &#8212; left, right and above the kill zone &#8212; showed that some were more interested in shooting than killing.

Lead doesn&#8217;t grow on trees, especially in Niger, one of the hottest, driest and poorest countries on earth. So American soldiers are training the Nigerien army to make the most of what it&#8217;s got.

The drill was part of Flintlock 05, an exercise coordinated by the U.S. European Command that currently has U.S. troops in Niger and four other northern African countries. The Americans are training African armies to secure their countries and kill &#8220;transnational&#8221; extremists, such as members of the Algeria&#8217;s Salafist Group for Call and Combat, who travel through and seek refuge in the Sahara desert.

After a week of drilling, on Friday the Nigeriens maneuvered and attacked targets using real bullets. They burned through tens of thousands of rounds in the morning, and when the first platoon finished its assault, they piled empty cartridges into the backs of white Toyota pickup trucks.

A lot of them lost their poise and fired in haste and Chris, a Green Beret staff sergeant, knew why.

At mid-morning, Lt. Col. Amadou Madougou Wonkoye, who commands about 1,000 troops in western Niger, and his aides arrived at the practice range.

Christopher, the team leader and a captain, whispered something to his men. He then barked, &#8220;Ah-tennn- hut!&#8221; His Green Berets snapped to attention, though one got the feeling they weren&#8217;t used to it while in the field. But Amadou rated the respect, the team leader decided, and the host nation rated the courtesy.

The Nigeriens attacked with the earplug-shaking big guns in the afternoon &#8212; .50-caliber crew-served machine guns, smaller machine guns called PKMs, and 40 mm flying grenades called M-203s, among others. The Nigeriens have their own guns, but they don&#8217;t own large quantities of ammo. The Americans brought that.

The U.S. soldiers, from the Stuttgart, Germany-based 1st Battalion, 10th Special Forces Group, and the Alabama-based 20th SFG, weren&#8217;t teaching anything new. Bullets should hit their marks, and sergeants should lead their men.

For Pvt. Mohamadou Abdoulaye, the bounty of ammunition was like a gift from God, he said.

Between bursts from the .50-calibers, the Nigerien soldiers whooped and chattered in French and their native Hausa. During a prolonged burst they&#8217;d erupt: &#8220;Ahh-hoooooo!&#8221;