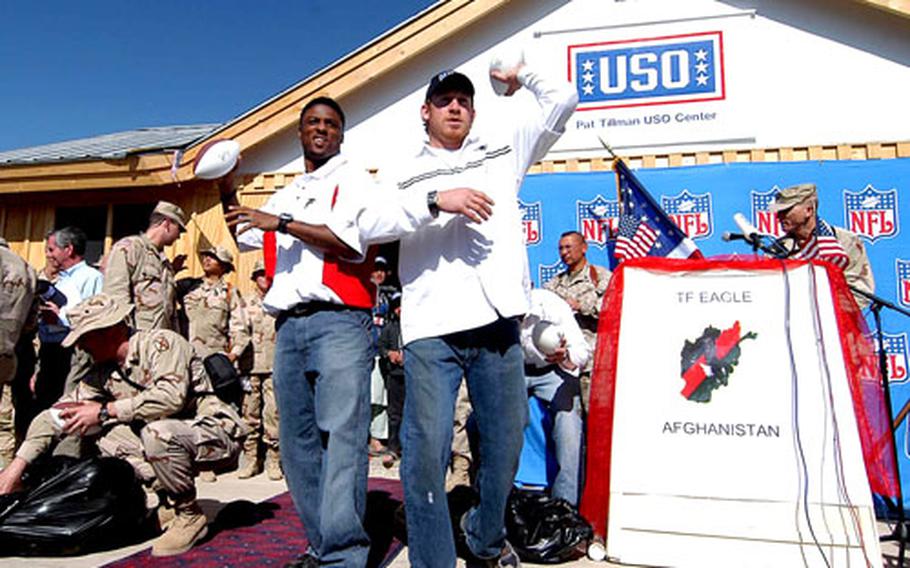 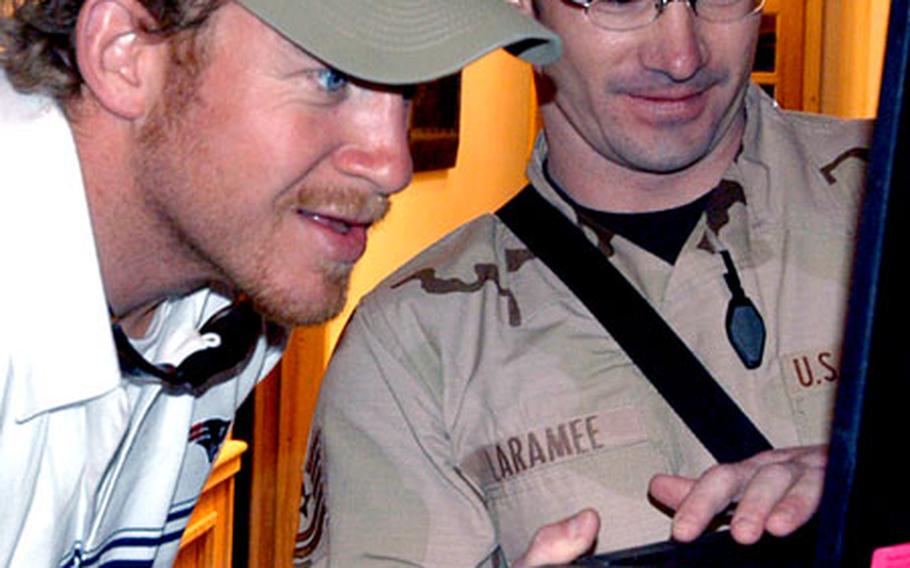 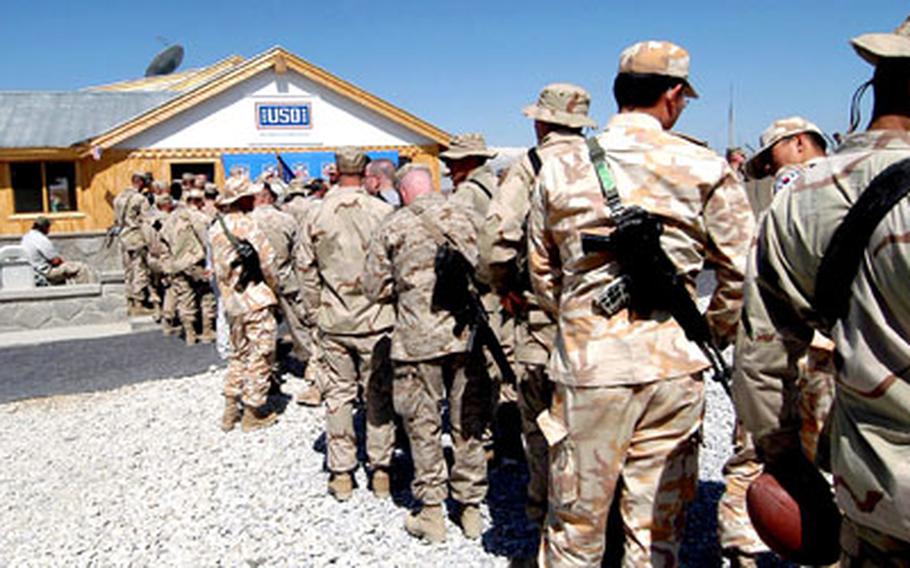 Troops waited in a long line to get autographs of NFL players Warrick Dunn and Larry Izzo at Bagram Air Base on Sunday. (Michael Abrams / S&S) 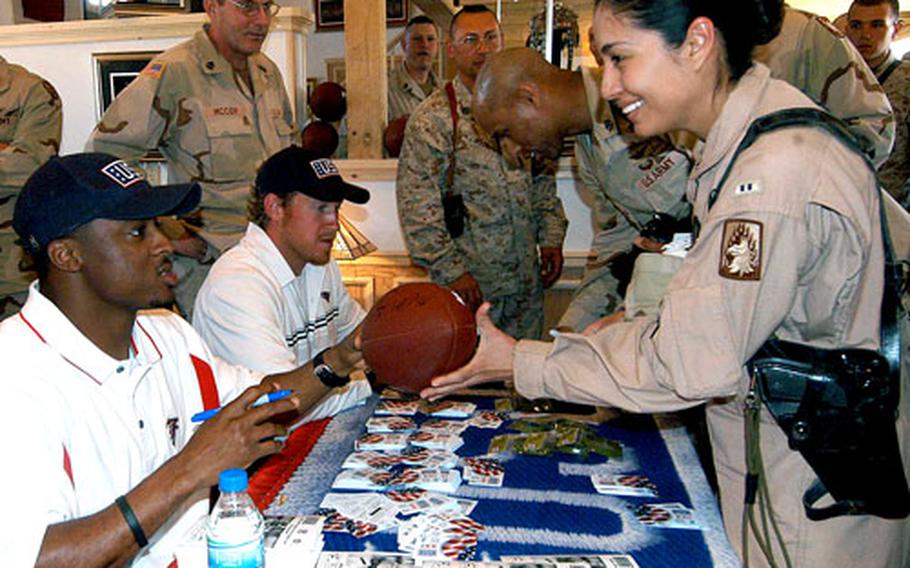 Chief Warrant Officer 2 Elvia Palumbo of the 3rd Battalion,158th Aviation Regiment out of Giebelstadt, Germany, has a football signed by Atlanta Falcons running back Warrick Dunn, left, as Larry Izzo of the New England Patriots signs autographs at center after the opening of the Pat Tillman USO Center at Bagram Air Base, Afghanistan. (Michael Abrams / S&S)

BAGRAM AIR BASE, Afghanistan &#8212; Military bases often host foreign dignitaries and distinguished visitors. But a pair of ambassadors of a different sort drew the attention of hundreds of servicemembers Sunday.

Pro football players Warrick Dunn of the Atlanta Falcons and Larry Izzo of the New England Patriots signed hundreds of autographs and created just as many smiles while attending the dedication of the Pat Tillman USO center.

Dunn, who earned the NFL&#8217;s Walter Payton Man of the Year award for community service last year, said he might be considered a hero by many. But he said those serving in the armed forces in dangerous spots are the real heroes.

A standout running back who started his career in Tampa Bay, Dunn isn&#8217;t new to touring military bases overseas. He was among a group of NFL players who visited troops in Germany last year.

He said the atmosphere then, with thousands of troops getting ready to deploy to Iraq, was tense. But he said he didn&#8217;t even think about refusing an offer to come to a far more dangerous place.

Izzo is no stranger to military life. His father, Lawrence, retired as a colonel after 23 years in the Army. That included stops overseas in Darmstadt and Karlsruhe, Germany. Izzo&#8217;s older brother, Leonard, served in the 1st Armored Division in Germany and left the service as a captain.

Undersized for an NFL linebacker at 5-feet, 10-inches tall, Izzo said he&#8217;s made up for that with a work ethic and toughness he got from his father.

Those still in uniform appreciated the visit by the two players.

Air Force Capt. Ron Oliver said it was a good boost for morale.

Dunn and Izzo, who play on opposites sides of the ball when the two teams play each other, didn&#8217;t leave all the competition behind &#8212; even though the upcoming season is months away.

Both got to shoot AK-47 assault rifles in a visit to troops in remote areas on Saturday. Dunn, yet to play in a Super Bowl, proved to be the better shot with a 9 mm handgun.