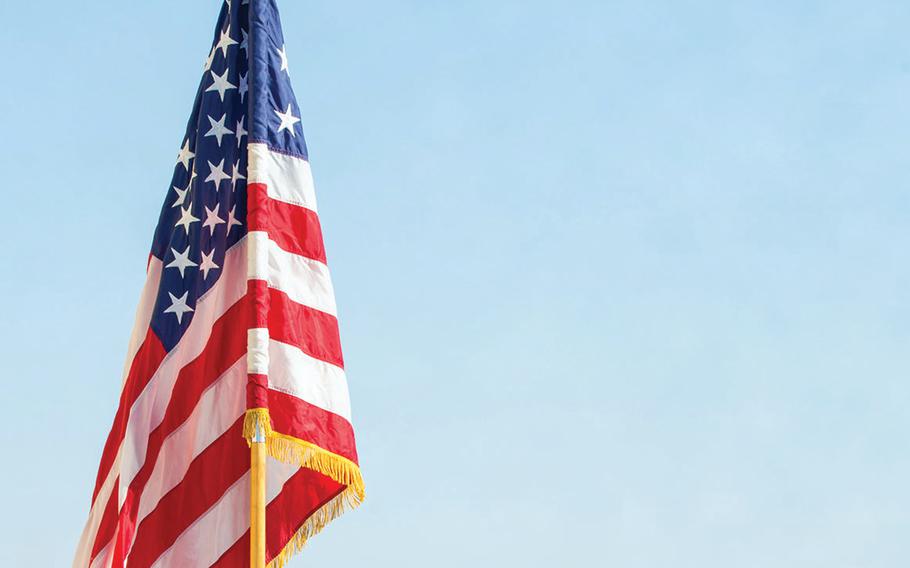 WASHINGTON — The National Football League rejected an advertisement for its official Super Bowl LII programs that urged players and people who attend the game to stand during the national anthem, according to American Veterans, the organization that submitted the ad.

Omitted from the programs was a full-page ad picturing the American flag, saluting soldiers and the words “Please Stand,” referring to the movement of NFL players protesting racial inequality and injustice by kneeling during the performance of the national anthem before the start of games.

Outcry over the protests surged last fall when President Donald Trump criticized the NFL for allowing it to continue. In October, NFL Commissioner Roger Goodell and NFL owners decided the league wouldn’t penalize players for kneeling.

Joe Chenelly, the national director of American Veterans, known as AMVETS, said Monday that the group was “surprised and disappointed” when the NFL told him Friday the league had rejected the ad.

“The NFL said it does not want to take a position on that,” Chenelly said. “Really, by not letting us run an ad, we think they are taking a position.”

“The Super Bowl game program is designed for fans to commemorate and celebrate the game, players, teams and the Super Bowl. It’s never been a place for advertising that could be considered by some as a political statement,” McCarthy said. “The NFL has long supported the military and veterans and will again salute our servicemembers in the Super Bowl with memorable on-field moments that will be televised as part of the game.”

He noted an ad from Veterans of Foreign Wars was approved for the program. It reads, “We Stand For Veterans.”

Production on the programs was delayed while they awaited an answer from AMVETS, McCarthy said, and the NFL ultimately printed the programs without the ad in order to meet deadlines.

Chenelly disputes the NFL didn’t heard back from AMVETS in time for printing. He said the group responded to the league that changing the words on their ad would mean abandoning their message.

AMVETS, an organization comprising approximately 250,000 veterans and 1,400 posts nationwide, sent a letter to Goodell on Monday calling the decision to exclude their ad an affront to free speech.

“Freedom of speech works both ways. We respect the rights of those who choose to protest, as these rights are precisely what our members have fought — and in many cases died — for,” wrote National Commander Marion Polk. “But imposing corporate censorship to deny that same right to those veterans who have secured it for us all is reprehensible.”

AMVETS was prepared to pay $30,000 to a third-party publisher for the full-page ad, the price available to nonprofits. The group had hoped to use the advertisement as a fundraiser for its “Americanism” initiative, in which its members travel to schools nationwide to teach flag etiquette. The program also involves a poster and essay contest for K-12 students.

Chenelly said it wasn’t the group’s intention to criticize the NFL, though the group did write a letter to the NFL last year in opposition to players kneeling during the anthem.

“We never meant to be disrespectful,” he said.

The same advertisement was accepted by the National Hockey League and National Basketball Association for programs for their upcoming all-star games, Chenelly said.

Veterans, like other Americans, are divided on the issue of the NFL protests. In some cases, veterans and servicemembers have been used politically as a reason NFL players should stand during the anthem.

In September, the national commander of the American Legion issued a statement urging people to respect the national anthem. As an organization, AMVETS never called for a boycott of the NFL, but some of their posts stopped showing the games, Chenelly said.