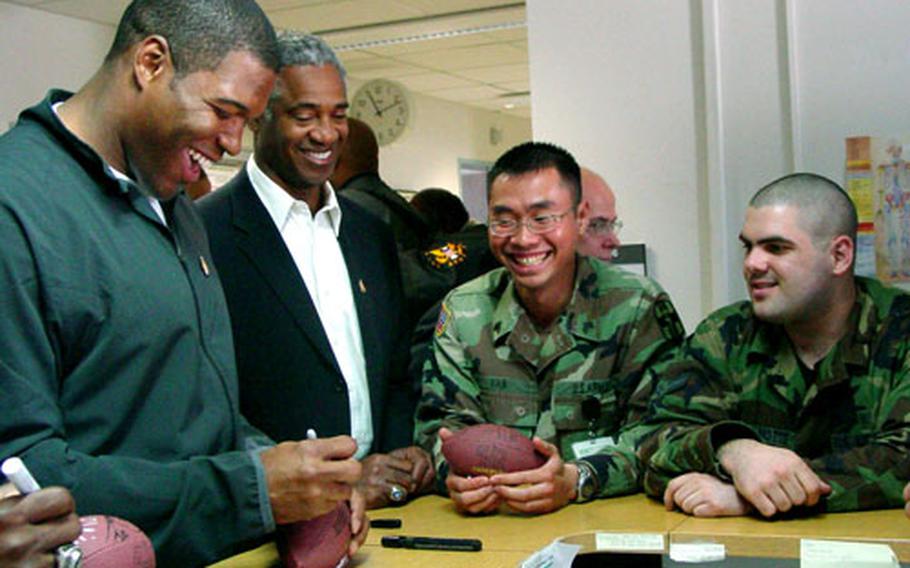 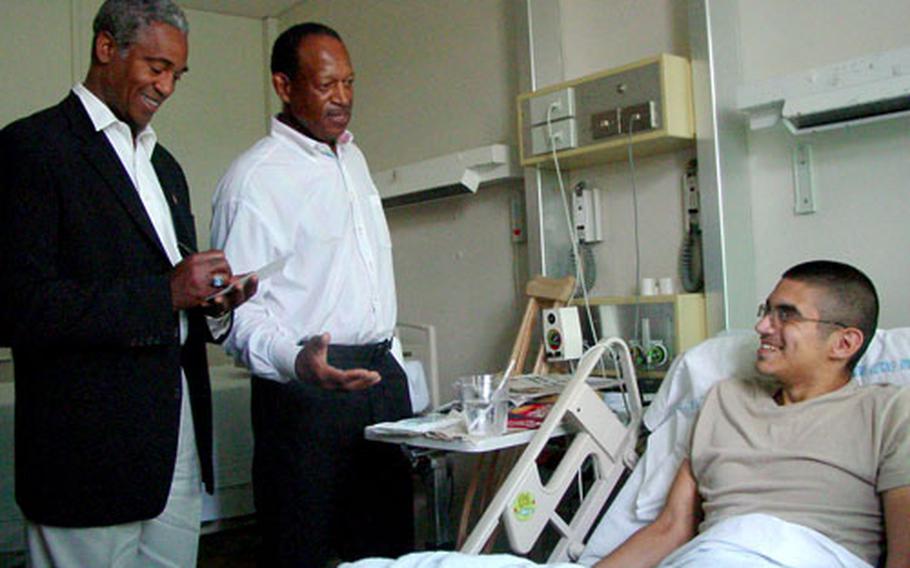 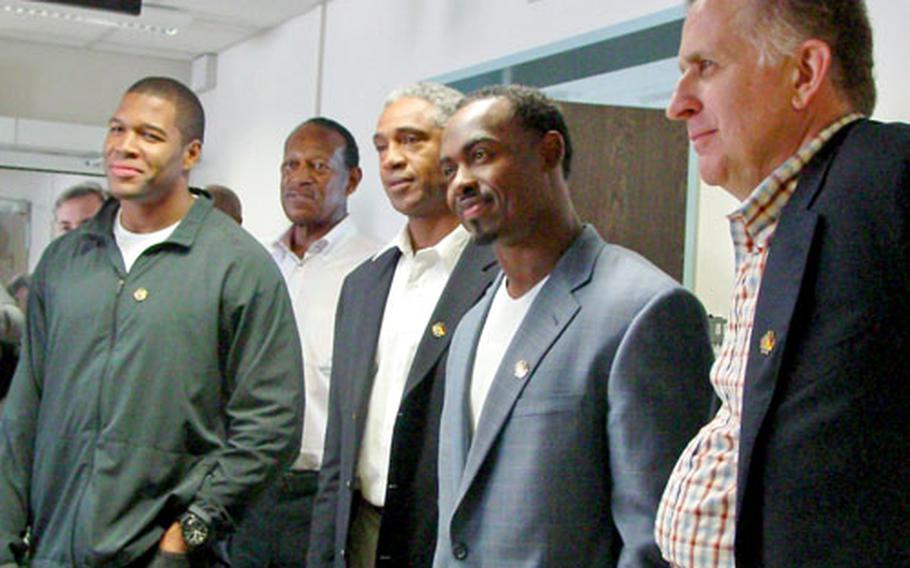 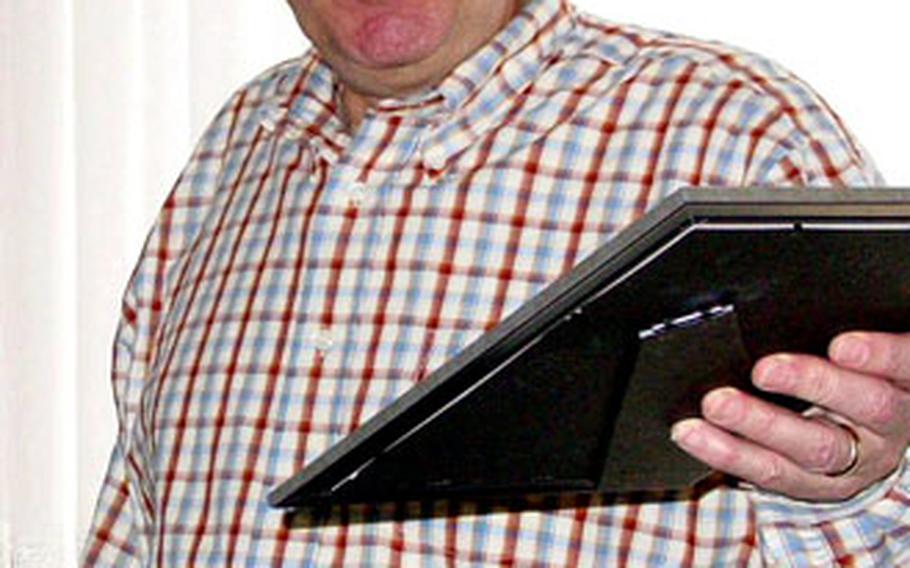 LANDSTUHL, Germany &#8212; Marine Sgt. Robert Lismore beamed as he stood in a hospital gown next to New York Giants defensive end Michael Strahan and posed for a picture.

But Lismore, nursing a kidney infection from a deployment in Iraq, wasn&#8217;t excited about taking the photo for his own scrapbook.

A group of NFL stars past and present visited Landstuhl Regional Medical Center on Sunday after attending the NFL Europe&#8217;s World Bowl XIV in Dusseldorf on Saturday.

Strahan, whose father is a retired Army major, grew up in nearby Mannheim when his family was stationed in Germany from 1980 to 1985. Strahan holds the NFL single-season sack record with 22&#189;.

The group visited patients in the intensive care unit and signed autographs for fans at the hospital&#8217;s dining facility.

Lt. Col. Michael Neary, a podiatrist at the hospital, brought his family to see the players and wore an Eagles button-down shirt. He got the chance to talk to his favorite team&#8217;s free safety, Dawkins.

Tagliabue, who is retiring after 17 years as commissioner, has made several trips to Landstuhl. Walt Murren, vice president of operations for the United Services Organization, formally thanked Tagliabue for the NFL&#8217;s support throughout his tenure as the league&#8217;s commissioner.

&#8220;Every time I come and bring players with me, it just motivates us to come back,&#8221; Tagliabue said. &#8220;We need men and women who were wounded in combat and who are making incredible sacrifices, and also we need the staff here who are working under such incredible pressures.&#8221;