Newmarket: Racecourse is the place for Americans in the U.K. who like antiquing 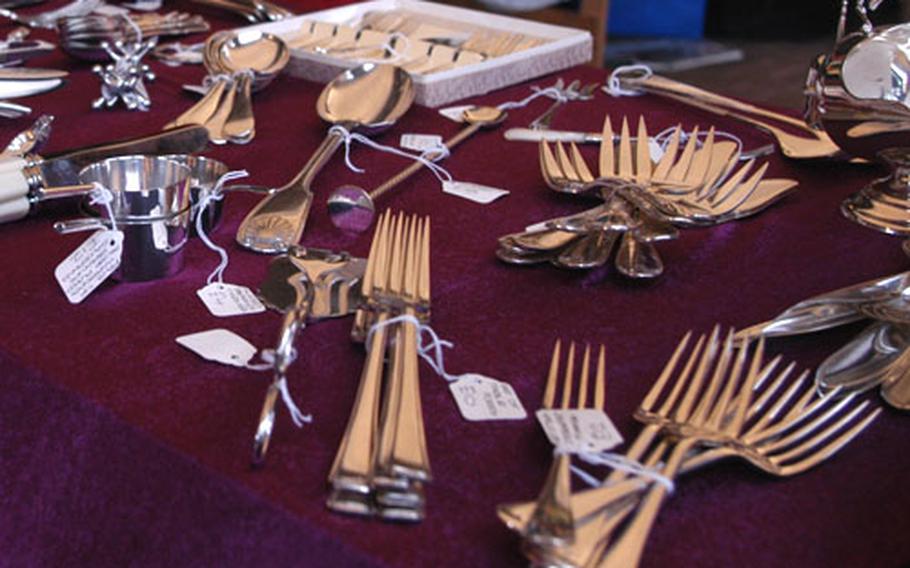 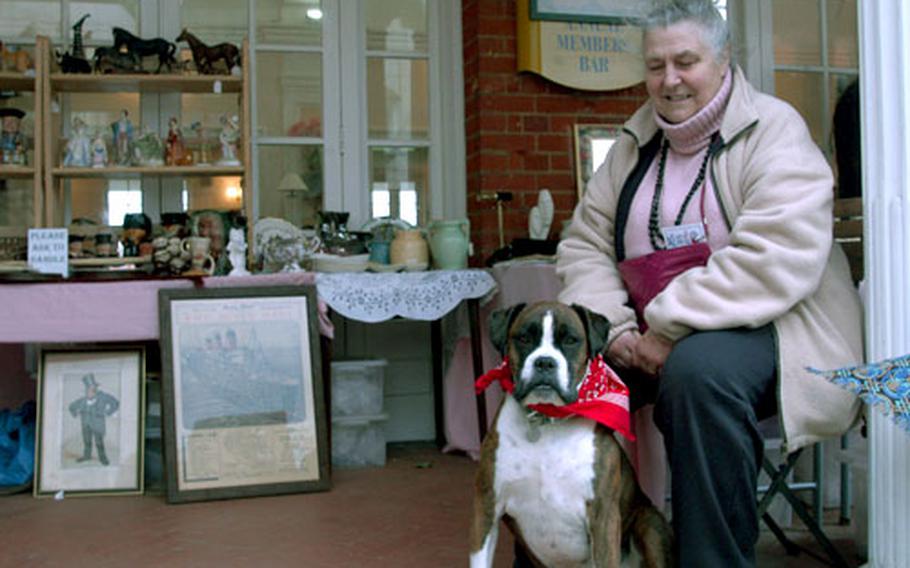 Sheila and her 6-year-old Boxer, Bonnie, watch over the collection of Churchill heads at the Newmarket Racecourse antique fair. (Bryan Mitchell / S&S) 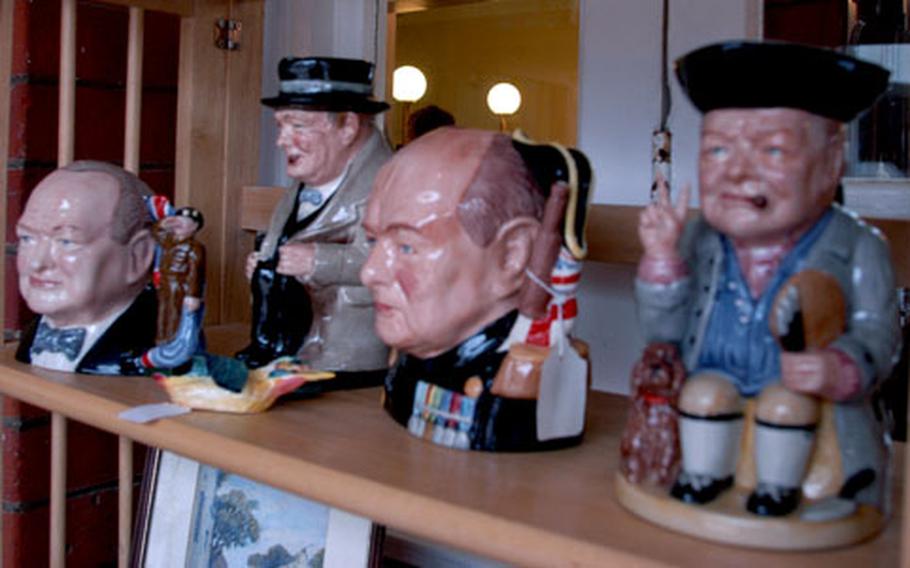 Winston Churchill figurines are among the many items for sale at the Newmarket Racecourse antique fair. (Bryan Mitchell / S&S) 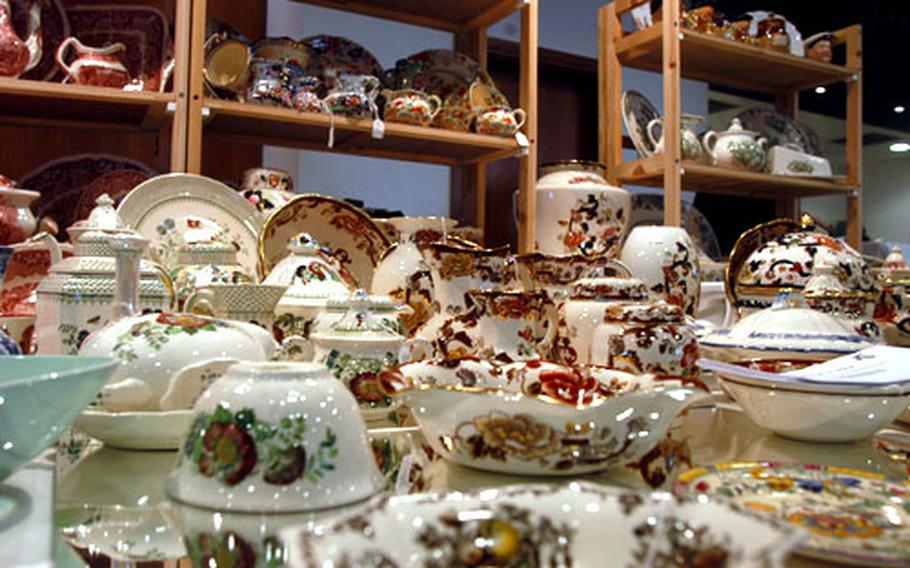 A collection of fine China, for sale at the antique fair. (Bryan Mitchell / S&S)

NEWMARKET &mdash; The smell of 100-year-old mahogany, the dull shimmer of turn-of-the-century silverware, and the absurd but subtle idolatry of former Prime Minister Winston Churchill. It can mean only one thing.

Antique collecting is a widespread diversion for scores of Americans in the Air Force community stationed in England. For some an addiction, antiquing has the strange combined lure of historic preservation and investment.

For people whose time here is finite, searching for hidden treasure at the horse-racing capital of the United Kingdom easily trumps antiquing outside Branson, Mo., or Stone Mountain, Ga.

The sleek but functional hall in the base of the stands at the Newmarket Racecourse provides hundreds of square feet for dozens of vendors, merchants and traveling salesmen of sometimes ancient, often arcane goods.

It&rsquo;s difficult to list completely what was for sale at such an antique fair. Shimmer has no edge over age, and fine art is not outweighed by abstraction. There was a handful of this and a bit of that.

It&rsquo;s almost easier to say what wasn&rsquo;t for sale to gain a clear picture.

There were no used video games, wigs, bins of unheard-of DVDs or trading cards. No car accessories. And no used electronics or wholesale batteries.

But the Livingstone Antiques stand offered early-20th-century silverware, starting around 50 pounds per set.

Proprietor Angela Hawkins said she has sold many over the years to Americans to send home as gifts.

And Cope Fine Art offered a surreal William Henry Yates painting done while the American artist lived in Britain. The dealer had obtained &ldquo;Hume Farm&rdquo; from the estate of a deceased Cambridge University official, and it was priced at 1,200 pounds.

Art dealer Maurice Cope hoped to find a buyer with an eye for one of America&rsquo;s greatest artists.

Furniture built to stand the test of time is priced to test the will of your wallet.

A mahogany grandfather clock from 1800 went for 2,800 pounds, while a 19th-century elm Windsor chair could have fetched 180 pounds. China sets topped 500 pounds, and rare period pieces were up on the open market.

To be sure, there was a slice of the eccentric.

Not far from the Ford Model T wooden wheel and a copper kettle collection, a collection of Churchill porcelain heads awaited a nostalgic buyer.

Yes, he was one of the greatest modern leaders. But a miniature porcelain bust?

A woman who goes only by Sheila sat faithfully by her 6-year-old boxer, Bonnie, watching over the collection of Churchill heads.

The next antique fair at the Newmarket Racecourse is scheduled for 9 a.m. to 4 p.m April 8.

Location: Orchard Street, Cambridge, CB1 1JT. Heading southwest along East Road (on the eastern side of city centre), take a right on Parkside, then the third right on Clarendon Street to Orchard Street. The pub is between Orchard and Elm Streets.

Ambience: The pub is known for its ongoing live jazz. The cozy pub can get packed during live performances.

Service: The bartenders are quick to serve your poison.