Newlyweds at Misawa test relationships in a quest for free groceries 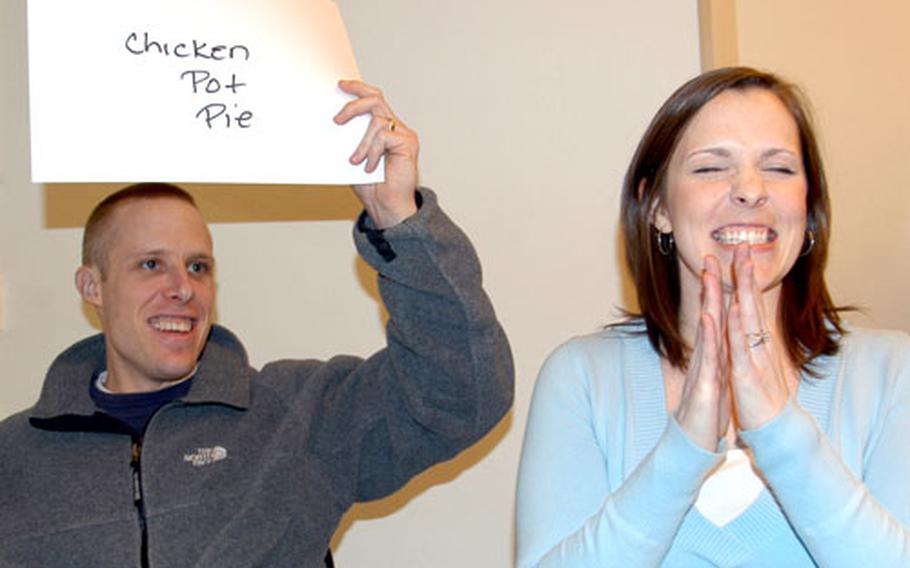 Lt. j.g. Brett Pancoast flashes his answer as Tiffany Pancoast reacts after she correctly guessed “chicken pot pie” to the question: “What dish does your wife cook for you that you really don’t like?” (Jennifer H. Svan / S&S)

Lt. j.g. Brett Pancoast flashes his answer as Tiffany Pancoast reacts after she correctly guessed “chicken pot pie” to the question: “What dish does your wife cook for you that you really don’t like?” (Jennifer H. Svan / S&S) 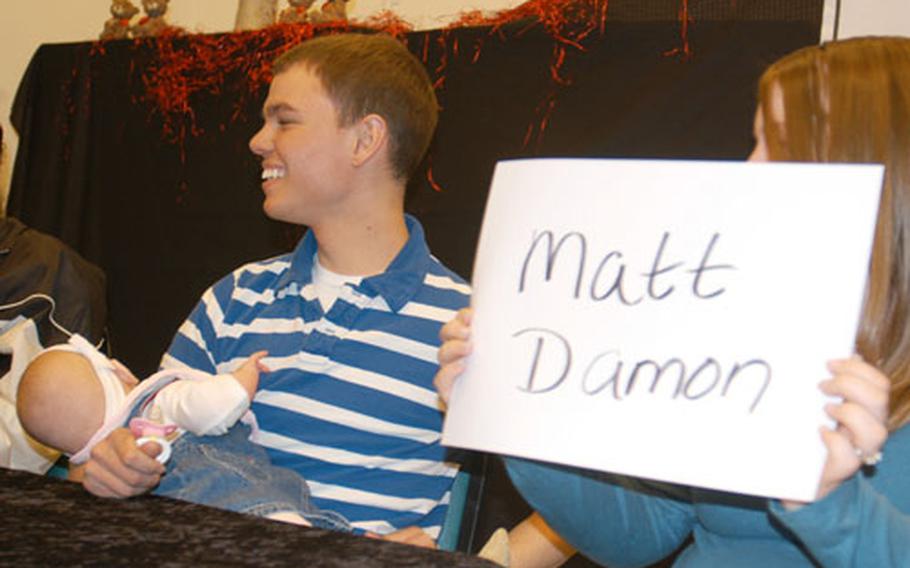 Amber Altizer holds up her answer during the game at the Misawa commissary. Her husband, Airman 1st Class Andrew Altizer (holding the couple’s 5-month-old daughter Bayleigh), got the question right, winning the game and a $100 commissary gift certificate. (Jennifer H. Svan / S&S) 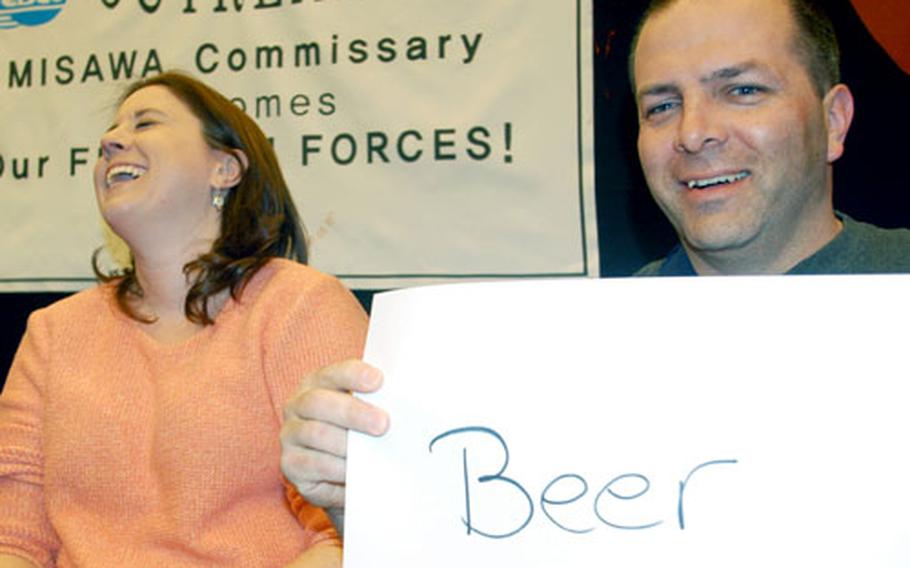 Navy Lt. Cmdr. Chris Bowen said “beer” was what his wife would say he spends too much money on. Ernestine said “me.” The Bowens, married less than a week, were one of four couples to test their knowledge at the Misawa commissary Wednesday night. (Jennifer H. Svan / S&S) 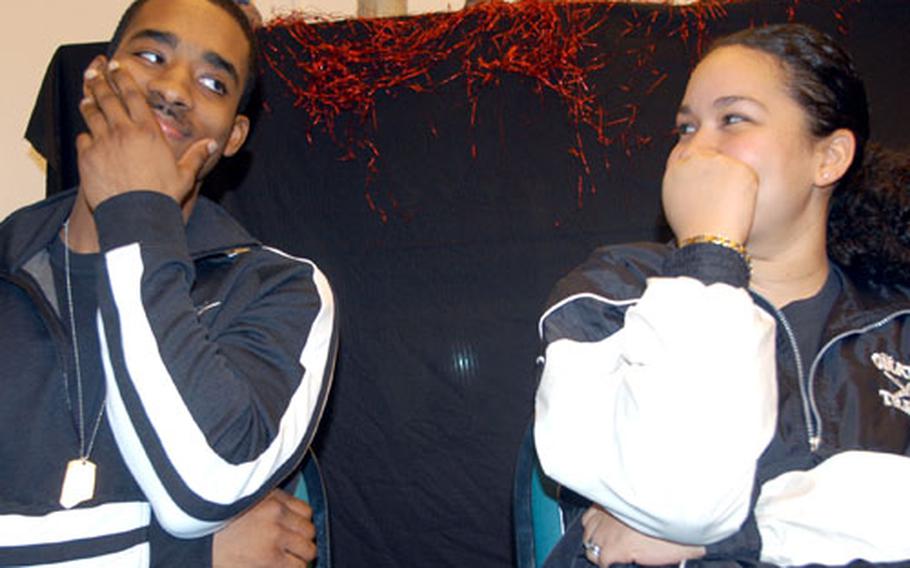 MISAWA AIR BASE, Japan &#8212; He said mushrooms. She said macaroni and cheese.

At least they agreed on something.

After tying the knot two days after Valentine&#8217;s Day, Navy Lt. Cmdr. Chris Bowen and his new bride, Ernestine, tested their knowledge of each other on the &#8220;Newlywed&#8221; game at the base commissary Wednesday night.

It didn&#8217;t go so well: Of seven questions, they concurred on two. But, perhaps a sign that their union may still be off to a good start, they laughed about it.

The Bowens were one of four couples that battled it out near the rotisserie chicken and frozen food aisle for bragging rights and a $100 commissary gift certificate. The husbands and wives took turns answering questions while their partner waited in a separate room, just like in the 1970s TV game show.

Getting five questions right apiece were couples Airman 1st Class Andrew Altizer, 20, and wife Amber, 20; and Senior Airman Dock Dowdell, 21, and his wife, Karina, 21. But the Altizers were the only ones to nail the 3-point bonus question about which celebrity their husband would say he most resembled. Andrew Altizer is a deadringer for actor Matt Damon.

After much thought, Karina chose Nick Cannon, but Dock said Will Smith.

Dock was still shaking his head about that one after the game. To his credit, the 35th Maintenance Squadron armament technician was the only husband to know his mother-in-law&#8217;s birthday.

The other three contestants received $50 commissary gift certificates; everyone received gift baskets. About 20 couples entered the drawing to play the game. Commissary director Jack Younger said the store next may stage a spin-off of &#8220;The Dating Game&#8221; TV show.