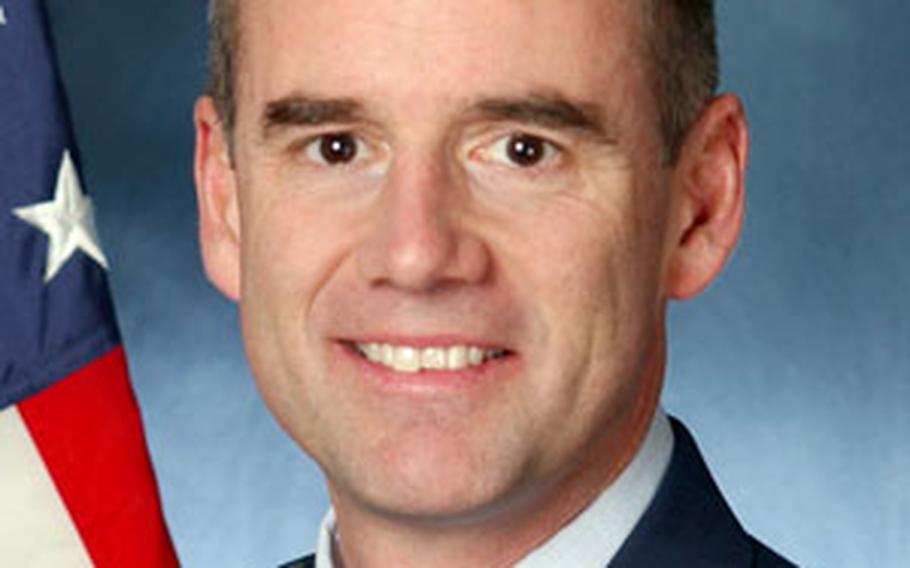 RAF LAKENHEATH &#8212; It was a homecoming of sorts last week for Col. Jay "Tonto" Silveria, as he returned to RAF Lakenheath to assume command of the 48th Fighter Wing.

Throughout his career &#8212; one that includes more than 3,600 flight hours in a variety of jets &#8212; Silveria was based here three times before assuming command of the 48th.

"This is truly a homecoming for me," he told a crowd of assembled airmen and other guests at an airy hangar against a backdrop of wing aircraft.

Silveria comes from a stint as special assistant to the commander of the Supreme Headquarters Allied Powers Europe in Mons, Belgium.

He replaces Brig. Gen. John Hesterman, who is now assigned to the Joint Staff in Washington, D.C.

The Third Air Force vice commander, Maj. Gen. Jack Egginton, said during the ceremony that it was a great place for Silveria to be.

"It warms my heart all over to be here today," Egginton told the assembled airmen of the 48th.

After giving props to the wing&#8217;s components, Egginton said Silveria&#8217;s arrival was "truly a homecoming."

"Nobody could have predicted such a miracle," he said. "Enjoy the ride."

"Your stewardship is precious."

Silveria praised the approximately 1,000 Lakenheath airmen now deployed, and those who went before them.

"We are a nation at war, engaged in multiple theaters," he said. "And the 48th Fighter Wing is at the front."