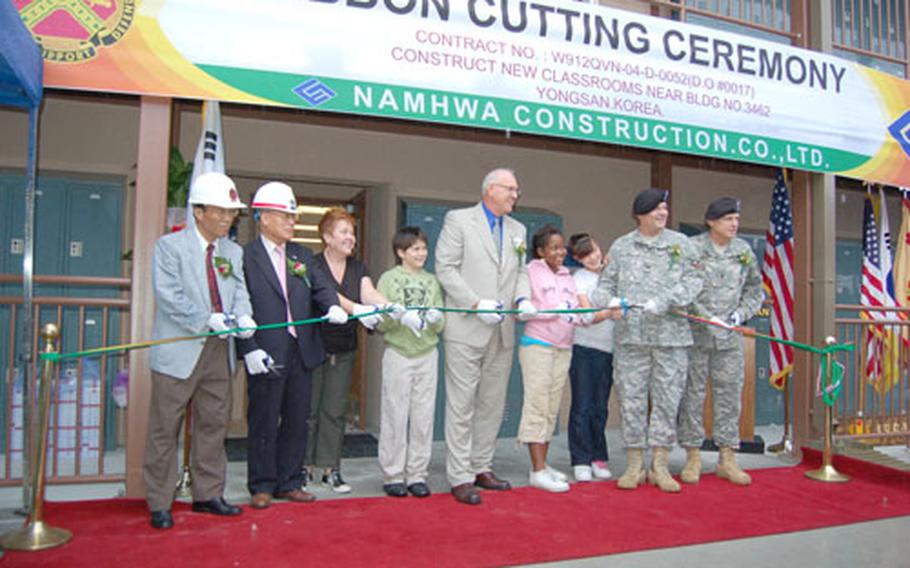 YONGSAN GARRISON, South Korea &#8212; Officials at Yongsan Garrison marked the last day of summer vacation by officially opening the newest school building on the base Friday.

Construction on the six-classroom, two-bathroom building was completed July 31.

Garrison commander Col. Dave Hall said the $600,000 building was an impressive accomplishment because it was completed under budget and on time.

"No delays and no cost overruns," Hall said during a speech. "That&#8217;s a real tribute to our contractors and our work force."

Hall said the building was a temporary building with a life expectancy of three to five years.

Mood said enrollment at SAMS hasn&#8217;t increased dramatically, but space has shifted to make room at the Seoul American Elementary School and High School as the district braced for a student population boom driven by an increase in command-sponsored families in South Korea.

Hall also reminded drivers to be safe on Monday.

Hall said driving at Yongsan following the start of school would be "chaos" and drivers should plan for an additional 15 minutes on their trips in the morning.

He said drivers can expect to see an increased military police presence and traffic control points on the route near the schools.