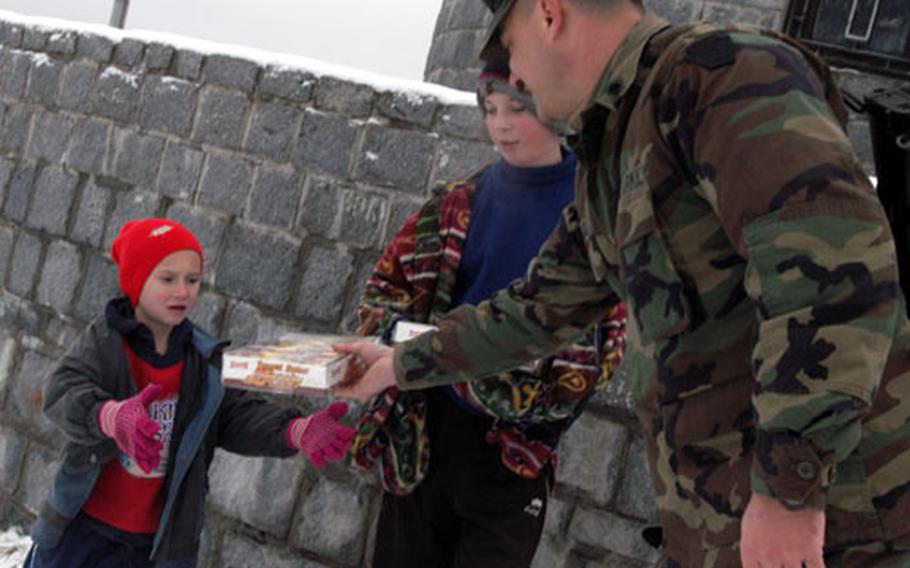 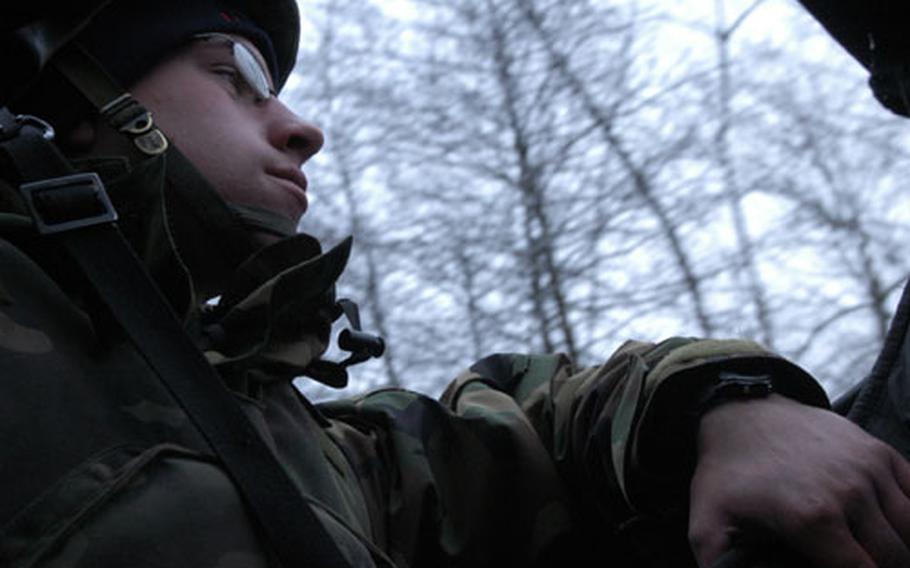 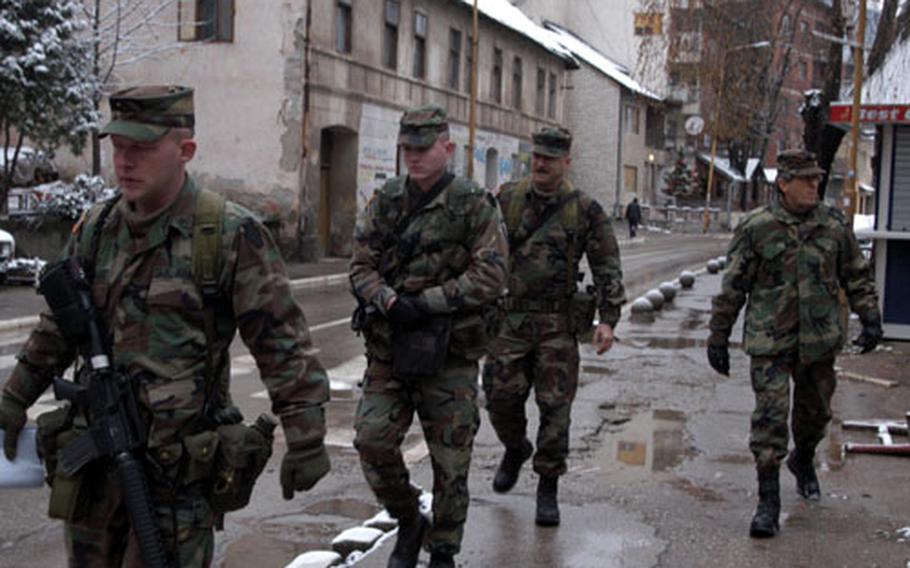 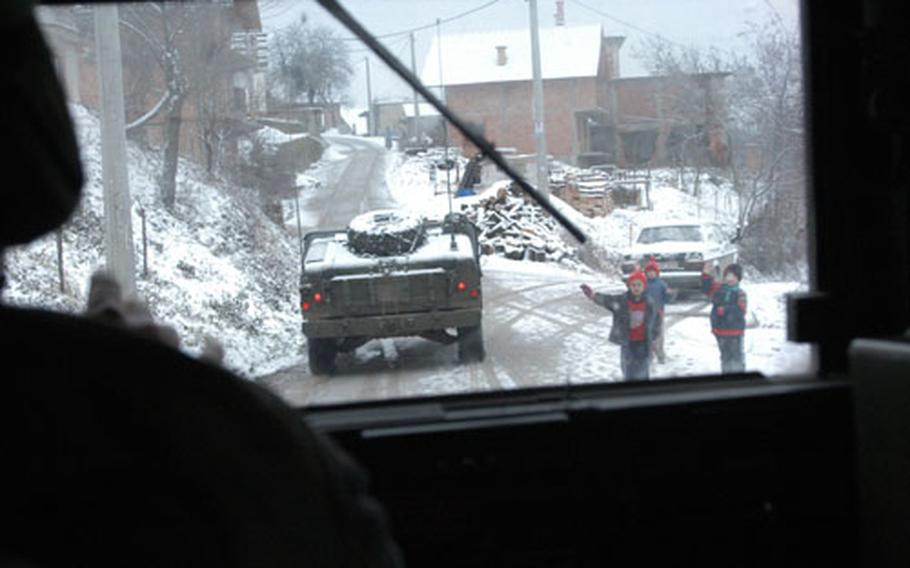 FORWARD OPERATING BASE CONNOR, Bosnia and Herzegovina &#8212; To keep his mind off his family, Staff Sgt. Matthew Stockhouse &#8212; along with his fellow Pennsylvania National Guardsmen &#8212; volunteered to patrol on New Year&#8217;s Day.

For the 30-year old soldier, the first day of the year on the roads of eastern Bosnia was in contrast to how he usually spends it: putting wood on the fire and preparing a dinner of sauerkraut and mashed potatoes with his wife.

As people around the world were still sipping champagne or getting over a hangover, this group of Guardsmen from Camp Connor carried on with their peacekeeping mission of patrolling, just as they had on Christmas Day.

There were five patrols on New Year&#8217;s Day. The initial 8 a.m. patrol was pushed back a couple of hours because of the holiday. Even then, the soldiers found themselves walking empty streets in the party-recovering town of Zvornik.

Amid the closed stores and cafes, they found one place open: the police station.

This New Year&#8217;s was a big change for recently married Spc. Martin Winter.

Winter, 21, said last year he partied and hung out with friends and family.

Although they were far from big celebrations, the soldiers tried to have fun while waiting for midnight by making noise with party whistles.

Winter sipped his two rationed beers with a couple of friends from high school.

For the soldiers on patrol, they rode in their Humvees in silence.

They made a stop at a castle above Zvornik for their platoon sergeant to see it before going on to a local radio station for a soldier&#8217;s show.

While at the castle, a couple of boys came up to them and turned in some rusty bullets.

Asking questions about how people in the States celebrate, the radio show host told the soldiers the party goes on for three nights in Bosnia.

Pfc. Dave Mowrey, 20, said he is planning to go on vacation when the deployment ends.

Winter said he hopes to finish his degree and find a job, while Stockhouse is looking forward to becoming a dad and hopes to make it home before the birth of his child in March.

Although it was uneventful, the troops said they had no regrets about how they ushered in the new year.