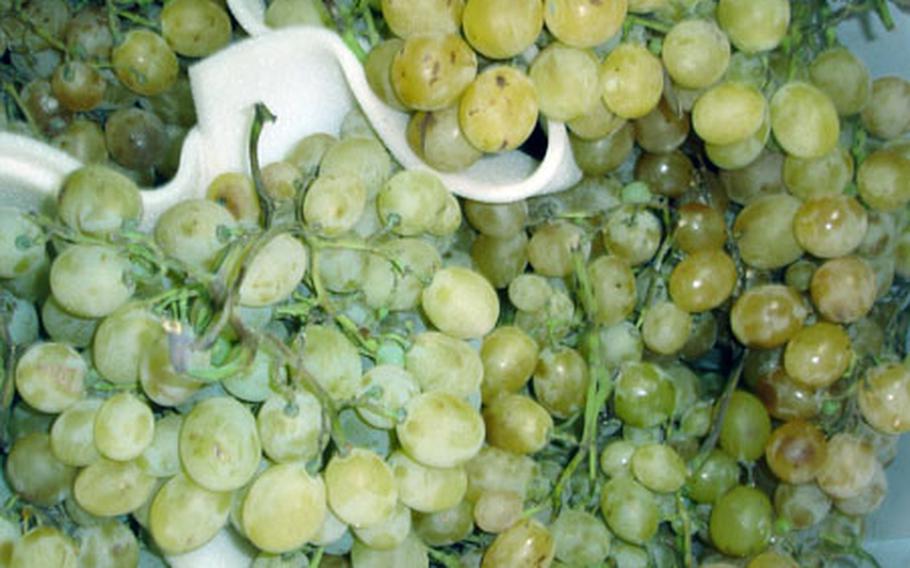 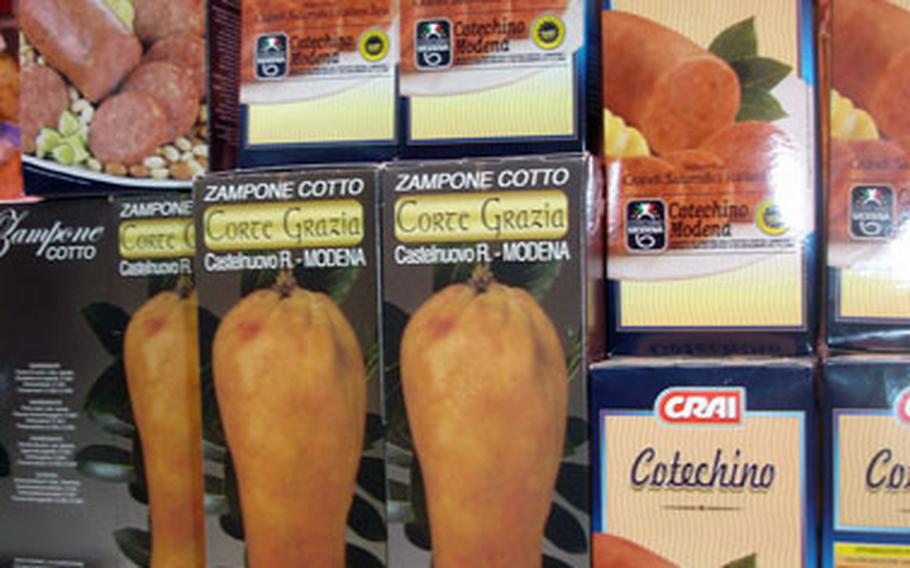 For those who want to cook the traditional New Year’s meal in Italy, store owners are well stocked with Zampone — a pig’s foot stuffed with spiced pork sausage. (Lisa M. Novak / S&S)

NAPLES, Italy &#8212; With Christmas a mere memory, the city of Naples is gearing up for what is one of the biggest celebrations of the year. Neapolitans love the holiday season, and try to stretch it out as long as possible.

As in many cities around the world, New Year&#8217;s in Naples is noisy. Fireworks, (some described as powerful enough to take down an entire building) are launched from every conceivable platform and continue all night long. They can be seen from virtually any point in the city, and the smell of sulfur lingers well into the next day.

Fireworks aren&#8217;t the only things making noise. The biggest musical event in Naples is the New Year&#8217;s Eve concert in Piazza del Plebiscito. This is the Times Square of Naples, and the human density factor is intense.

But not everyone goes out for New Year&#8217;s. The Italian news agency AGI reported this past week that many Italians will be spending this holiday at home.

The traditional New Year&#8217;s meal consists of a dish called Zampone, which is a pork sausage stuffed into the skin of a pig&#8217;s leg. It is fried and added to a rich lentil soup. Desert consists of the panettone cake, which is also eaten at Christmas. At midnight, white grapes are eaten in the hopes for good fortune in the new year.

Another tradition unique to Naples is the breaking of dishes. While this isn&#8217;t as commonplace anymore, the streets can still be dangerous after midnight, with projectiles in the form of old china raining down from apartment windows.

Some other New Year&#8217;s traditions include carrying dried lentils in the wallet after midnight. This is believed to bring fortune in the new year, because your wallet will never be empty.

If you spend New Year&#8217;s in Naples, the city will keep you in the holiday spirit long after the last champagne bottle is uncorked. Just watch out for fireworks and flying china.