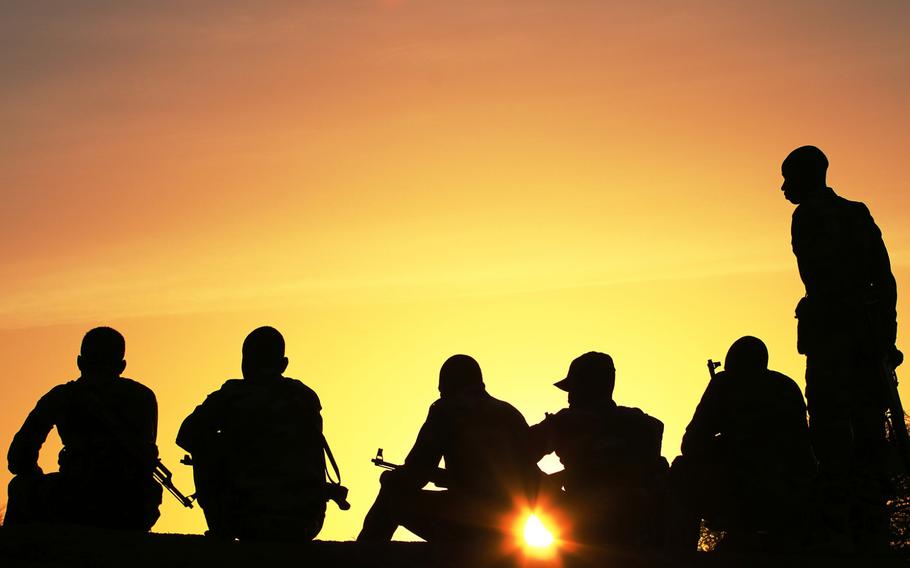 WASHINGTON — A new group of West African militants affiliated with the Islamic State is suspected of launching the ambush in southwestern Niger that killed four U.S. soldiers and injured two others, a top American general said Thursday.

The militants who carried out the deadly Oct. 4 attack on the joint patrol of U.S.-Niger soldiers near the country’s border with Mali are believed to be self-radicalized, local Islamists who have adopted the extreme philosophies of ISIS, Marine Lt. Gen. Kenneth McKenzie, the director of the Joint Staff, said at the Pentagon.

“We believe it’s some sort of ISIS affiliate with the group that we are talking about there, and we’re still looking into the specific details of that,” he said. “… You can’t prevent local franchises – self-enabled radicalization, but we’re going to continue to work at that.”

Defense Secretary Jim Mattis told reporters Tuesday that the surprise attack launched on a roughly 40-man patrol of U.S.-Niger soldiers appeared to be the first time that the terrorist group had operated in the region. Mattis stopped short of describing the attackers as ISIS affiliates.

McKenzie said Thursday that the ambush was still being investigated.

He pledged the United States would continue its Niger mission, which includes some 800 troops. U.S. Africa Command is evaluating what adjustments it might need to make to better protect its forces in the region.

“We’ll look at what we do to support forces that are still going to go out and train with our Nigerien partners, and we’ll preposition [response forces] in order to take into account this new factor in the theatre,” McKenzie said.

The primary mission for U.S. troops in Niger throughout recent years has been to train, advise and assist the nation’s security forces as they’ve faced threats from terrorist groups other than ISIS, including Boko Haram and al-Qaida in the Maghreb.

Defense officials have said since the Oct. 4 attack that the patrol was not prepared to face enemy fire because intelligence suggested it was highly unlikely enemy forces were operating in the area.

The patrol included about 12 American soldiers assigned to the Fort, Bragg, North Carolina-based 3rd Special Forces Group alongside the Nigerien soldiers and some French troops. It was conducting a routine mission to meet with local community leaders when the attack occurred.

McKenzie said Thursday that the group had conducted 29 similar patrols in the area during the last six months without any enemy contact.

Once the surprise attack began, the French military scrambled fighter jets and helicopters to the scene within 30 minutes, but those aircraft did not fire any weapons. McKenzie called the French response “impressive,” pushing back on questions about the timeliness of the response and whether planners had properly prepared contingency plans in the event the troops were attacked.

“There was no indication this was going to occur,” he said. “Thirty minutes, I think, is pretty good time by anybody’s standard. This patrol was not designed to be a combat patrol.”