New warning for US forces in Iraq: Beware of Islamic State drones 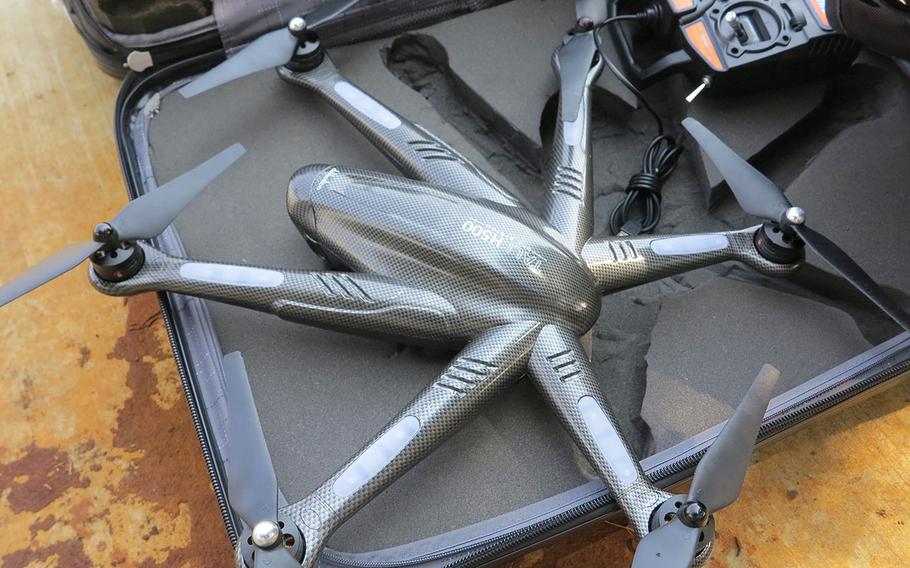 A small drone sits in a box awaiting flight during a training session for students of Mexico City's Drone Academy on Aug. 16, 2015. U.S. troops in Iraq have been issued a new warning this month: don’t touch any model aircraft or drone devices found on the battlefield. (Tim Johnson, McClatchy DC/TNS)

WASHINGTON — U.S. troops in Iraq have been issued a new warning this month: don’t touch any model aircraft or drone devices found on the battlefield.

U.S. forces preparing for the upcoming battle to retake Mosul from the Islamic State were alerted about drones, after a device believed to be operated by the terrorist group killed two Kurdish fighters.

In the Oct. 2 incident, Kurdish forces in northern Iraq discovered a Styrofoam airplane on the ground that had been modified, and took it back to their base to examine it, said a U.S. official who spoke on the condition of anonymity.

“It was a hobby plane,” the official said, adding the Pentagon has seen images of the device that were taken before the drone exploded. “[It is] unclear whether it was shot down with small arms or it just landed on its own. But essentially a couple of [Peshmerga] fighters had picked it up and taken it back to their camp. They were opening it up and were looking at it when it exploded.”

“This biggest outcome of this … was guidance that was sent out,” the official said. “Don’t pick these things up. Treat them as [unexploded ordnance.] You see a drone sitting on the ground, don’t pick it up. Call in EOD,” the official said, referring to the explosive ordnance teams that specialize in safely destroying unexploded munitions.

A second U.S. official said this is not the first time that explosive drones or surveillance drones operated by the Islamic State group have been spotted or shot down by U.S., Iraq or coalition forces.

Col. John Dorrian, the Baghdad-based spokesman for Operation Inherent Resolve said the United States has additional defenses to counter the armed or surveillance drones, but he would not go into detail about them.

“We have seen them [Islamic State-operated drones] over coalition bases, we have seen them over Iraqi bases. It’s a threat we’ve seen developing for some time,” Dorrian said. “Most of these are just surveillance and not dropping of ordinance or this latest sort of ‘Trojan Horse’-style of attack.”