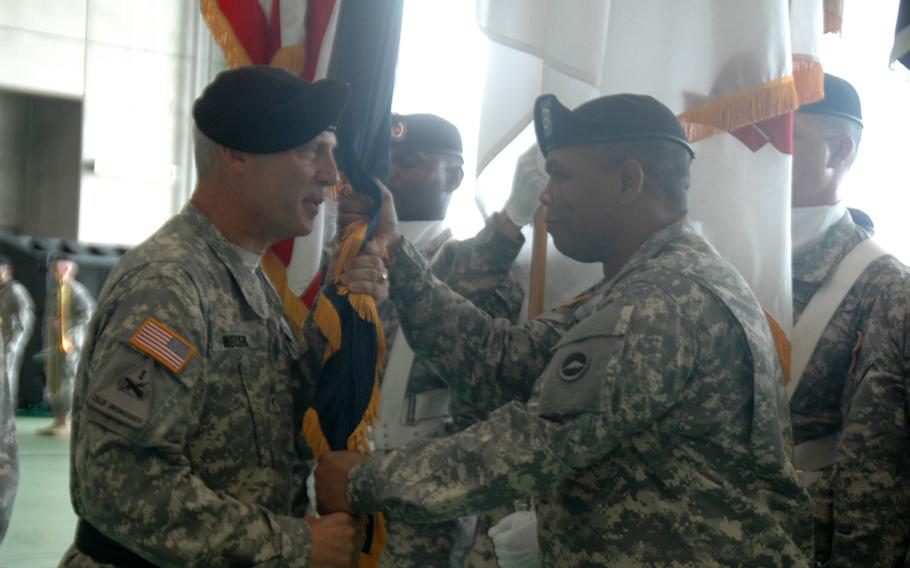 CAMP ZAMA, Japan — On his first official day on the job, the new commander of U.S. Army Japan spoke of growing military ties between the U.S., Japan and Australia.

“The dialogue and discussion (at the recent staff talks) was all about what can we do together that is mutually beneficial to all these three armies and the Marines,” Boozer said.

Harrison was not on hand to pass the colors. He was suspended in June for allegedly failing to report or properly investigate a sexual assault allegation. Later that month, U.S. Army Garrison Japan commander Col. Eric D. Tilley was also suspended pending the outcome of an investigation into alleged misconduct.

Boozer said Harrison is in Washington, D.C. and that officials are still looking into the alleged misconduct.

“There will be thorough investigations,” he said. “That is why it has taken some time to get through this.”

The Army will share the results of the investigations when they are complete, he said.