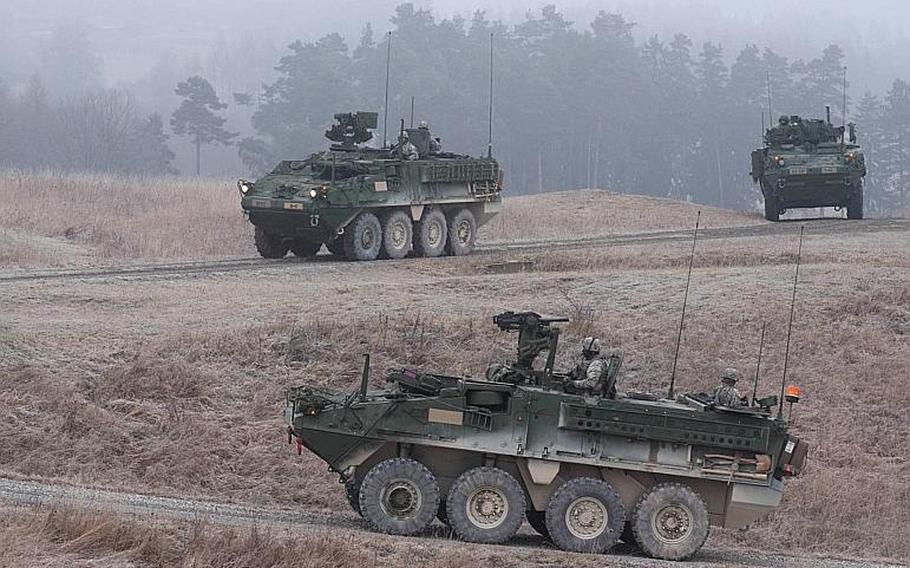 This nearly 5-mile-long range is dotted with training obstacles that will allow soldiers to practice detecting, identifying and engaging targets while in convoy. According to JMTC commander Brig. Gen. Walter E. Piatt, the course offers significant training and interoperability opportunities to U.S. and allied troops.

While training has always been the focus of USAG Bavaria’s mission, the efficiency and feasibility of that training has not always been optimal, according to the designers of the new course.

“We had one other convoy live-fire course here on Grafenwöhr, but in order to use it, it would shut down every range,” Dunson said. “This course was created to reduce the issues with that and now it only affects 13 ranges, rather than 35.”

The increased usability of the newer range is already attracting the attention of the military community. Piatt said he believes 36 NATO and non-NATO alliance nations and more than 30,000 troops will take advantage of the convoy course throughout the next couple of years.

“We can do so much more at Grafenwöhr. We can do it better and we can do it together,” he added. “I’m very excited about this.”