New unit gets the lay of the land in Ramadi 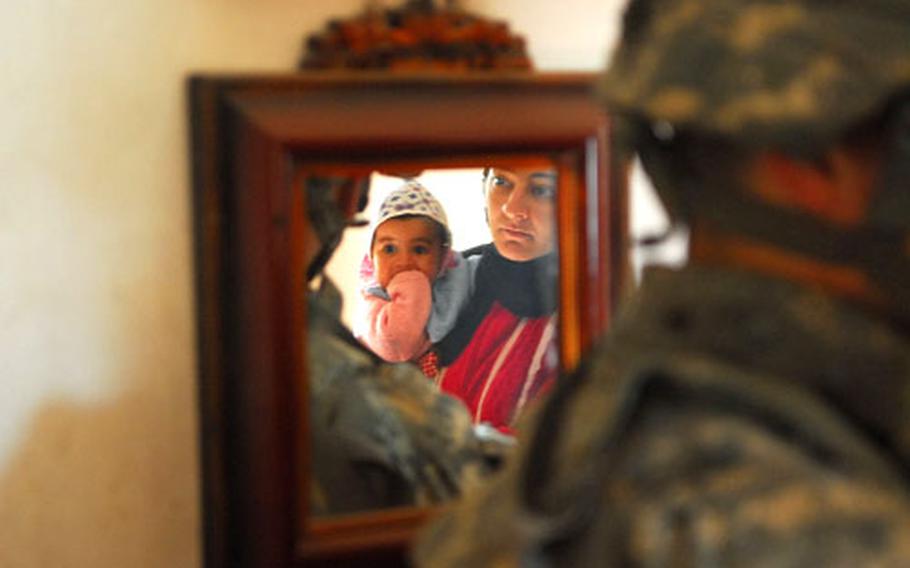 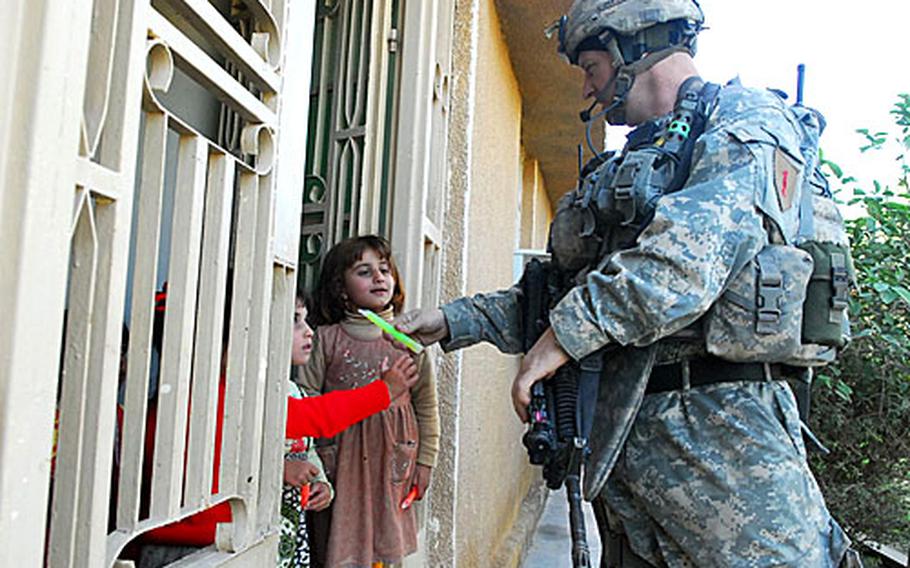 RAMADI, Iraq &#8212; It&#8217;s been just a few weeks since Capt. Diogo Tavares and his soldiers made their home in this rubbled and bullet-pocked corner of downtown Ramadi, and already they&#8217;ve been greeted by mortar rounds, sniper attacks, roadside bombs and sporadic blasts of AK-47 fire.

Like troops now carrying out a massive security push in the capital city of Baghdad, soldiers in Tavares&#8217; Company C, 2nd Battalion, 7th Infantry Regiment may well find themselves in the decisive battle for Ramadi.

While this Sunni Arab city in western Iraq has long been a battleground for Saddam Hussein-era holdouts and Islamist militants, outgoing commanders say they have finally broken a long and bloody stalemate.

They say that the majority of local tribes that had sympathized with or belonged to Saddam&#8217;s regime and provided a steady pool of insurgent fighters are now cooperating with U.S. forces in a bid to eliminate Islamist fighters here.

Commanders say the shift has helped to severely disrupt fighters from al-Qaida in Iraq and other local extremist groups, whose attacks have dropped in frequency and complexity.

They say their replacements from the 3rd ID are more than qualified to pick up where they left off. Having served two prior deployments to Iraq &#8212; including the initial invasion &#8212; the 3rd ID units are among the most battle-tested and counterinsurgency-experienced troops in the U.S. military.

The multiple deployments, they say, have done much to focus their energy on the task at hand.

Such was the case Thursday as Tavares led a group of soldiers and Navy SEALs, underwater demolition teams, on a patrol of the neighborhood.

Tavares&#8217; company, which is attached to the 3rd Battalion, 69th Armor Regiment, shares the compound with a newly established Iraqi police station and a civil-military operations center, where local Iraqis can bring complaints, information or other issues like reparation payments to civil affairs officers. The compound &#8212; dubbed &#8220;joint security station,&#8221; or JSS &#8212; is the type of base that commanders in Baghdad plan to establish throughout the capital in the coming months.

The purpose of Thursday&#8217;s patrol was to see whether nearby houses and buildings posed a potential security threat to COP Falcon.

Soldiers bolted down dusty streets and ducked into abandoned homes, searching rooms and outbuildings for signs of trouble. In many cases, the homes appeared to have been abandoned in great haste, with toys, furniture and papers strewn across the floor.

In one home, Tavares spotted a dusty computer disk on the floor, picked it up and cracked a smile. It was a video game &#8212; a classic first-person shooter, of the World War II variety.

As Tavares moved his soldiers through the neighborhood, Sgt. 1st Class Todd Bair briefed the commander and his men on each building. Bair, 35, of Bountiful, Utah, of the 1st Battalion, 26th Infantry Regiment, 1st Infantry Division, arrived in Ramadi five months earlier and was attached to the 1-1AD. He will finish up his tour with the 1-3ID. Tavares said his knowledge of the area would prove invaluable to the newcomers.

In other houses, the soldiers found families still living there. The soldiers passed out chemical lights and candy to the children and told the residents to avoid stepping onto their rooftops or risk being mistaken for snipers and fired on by U.S. soldiers.

Bair advised the new unit to carry bags of sugar when patrols would bring them into contact with residents. Iraq&#8217;s new Shiite-dominated government in Baghad has, in an apparent act of spite, stopped government shipments of sugar to the Sunni Arab city.

In a culture where heavily sweetened tea, or chai, is a veritable staple, the sugar shortage has hit Ramadi hard.