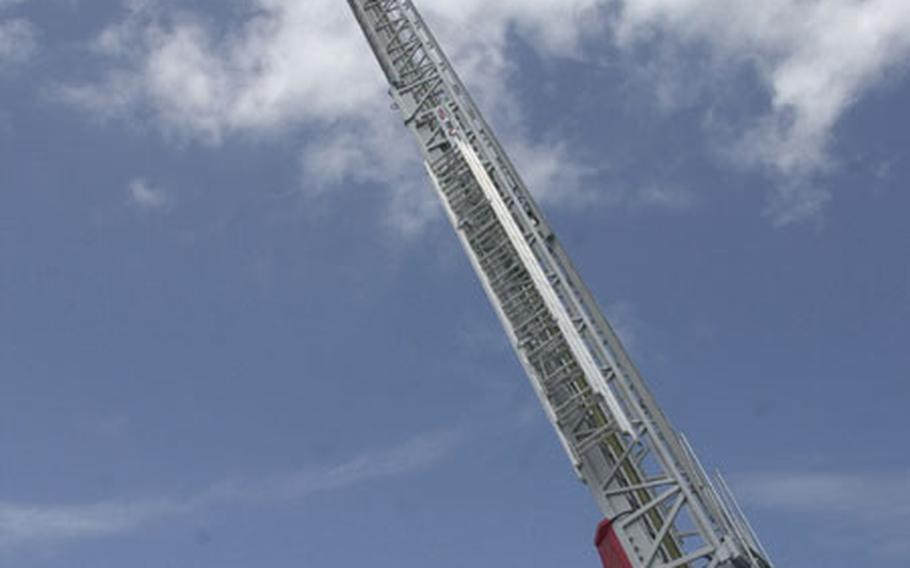 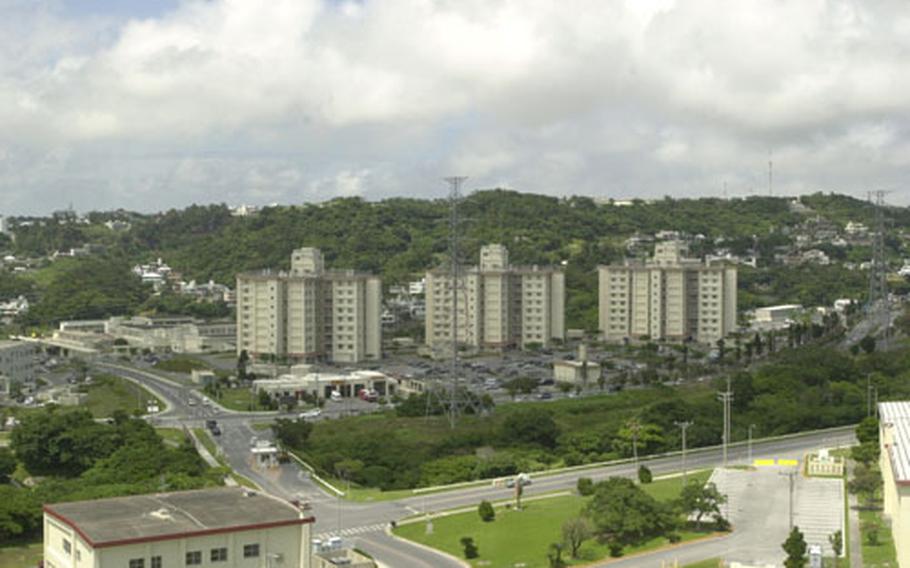 Military housing towers, such as the three in this photo taken from the maximum height of the ladder, are one reason the Marine Corps Fire Department needed a new large ladder truck. According to fire officials, the towers stand about 100 feet tall, and their new truck goes beyond that at 134 feet. (Fred Zimmerman / S&S) 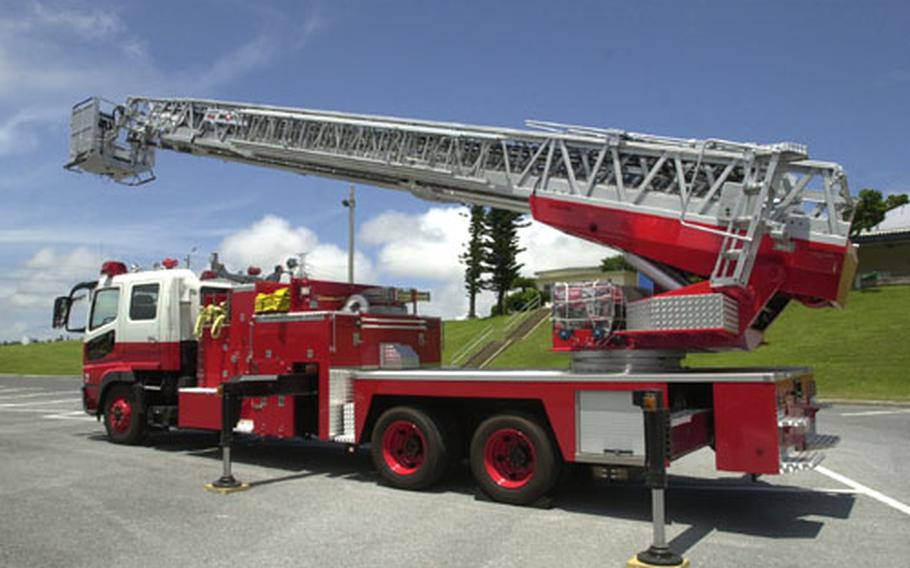 The newest Marine Corps fire truck on Okinawa is the largest in the Department of Defense arsenal in the Pacific, towering just above 134 feet. The truck cost $750,000. (Fred Zimmerman / S&S)

The department now has the largest ladder truck in any Department of Defense firehouse in the Pacific, said Mark Sileikis, the assistant fire chief for fire prevention and education. At just over 134 feet, the new truck stands taller than any other in the theater.

Having the new truck is especially important because it allows firefighters to reach the top of the base&#8217;s housing towers more easily and safely, Sileikis said.

Brian Johnson, deputy fire chief, said the towers are about 100 feet tall. The department&#8217;s 18-year-old truck, which was replaced, stood just over 114 feet &#8212; tall enough to get firefighters to the top but at a very steep angle.

Besides extending more than 20 feet higher, letting firefighters work at a less steep angle, the new truck has other features the old one didn&#8217;t, Sileikis said. A 300-gallon tank is built into the latest model; the old one had to either hook up to a hydrant or wait for a pump truck. The new truck also has a basket permanently affixed to the top; the old truck&#8217;s basket had to be attached manually.

The new truck also has a &#8220;lift,&#8221; which Johnson described as a two-person elevator that travels from top to bottom. He said this enables the department to quickly get victims down from high areas without firefighters having to climb down the ladder.

Johnson said one of the new truck&#8217;s time-savers is a much simpler &#8220;one button setup.&#8221; With the touch of a button, the extensions reach out, the truck automatically levels itself and the basket flips up into position.

&#8220;We can get this leveled and fully extended in under one minute,&#8221; Johnson said, adding that the old truck took at least three minutes.

Sileikis said another big improvement is a pipe running the length of the ladder, providing water instantly as the truck rolls on scene.

In addition to being a benefit to base residents, Sileikis said, the new machine also is of value to the local community. The department has a mutual aid agreement with local fire stations. If nearby communities ever need an extra ladder truck, he said, or one that reaches a little higher, the Marine Corps department is ready to help.