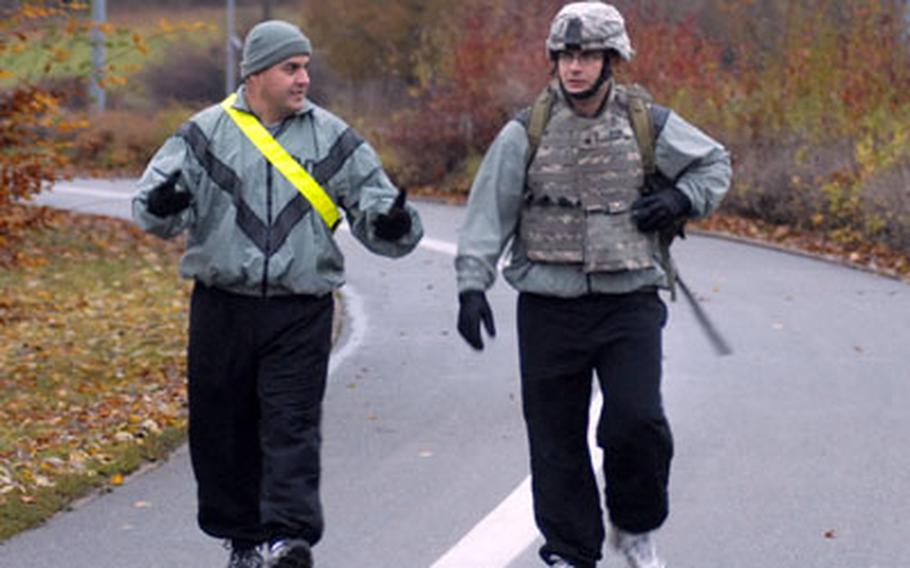 Wear Gear is an eight-phase program that gets injured soldiers used to the sort of heavy protective equipment that they must wear in combat, according to Vilseck WTU 1st Sgt. John Silva.

The program, which started in April, starts with a soldier walking a short distance in body armor without its heavy bullet-proof plates, Silva said.

The other program recently introduced is called Fit For Duty.

Fit For Duty, which ran its first pilot program in August, is a three-day course that trains WTU soldiers in basic soldier skills, he said.